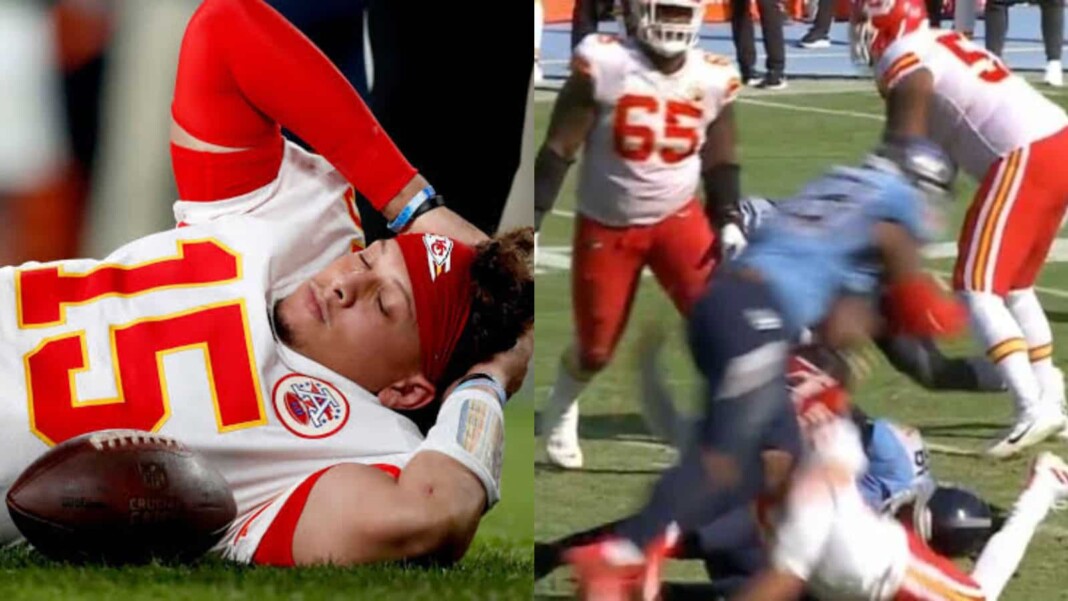 Not only did the night turn sour for the Kansas City Chiefs with an absolute shellacking at the hands of a soaring Tennessee Titans but it turned devastating as their best hope for a marred campaign so far, Patrick Mahomes had to leave the field after a menacing head injury and never returned for the game. The game went down in flames for the Chiefs as the scoreline read 27-3 against them.

Midway through the fourth quarter, Mahomes was smacked in the head during a sack with a knee and he instantly went down, demanding the game to be halted. He had to be assisted in getting off the field and was straight away headed towards the medical tent only not to return again which would have not helped the Chiefs’ cause.

A detailed look into the injury of Patrick Mahomes

Chad Henne came on for Mahomes and completed the torment that his team was put through. After the game, however, Chiefs’ coach, Andy Reid said that Mahomes has cleared the concussion test and it was only on the word of the preceptor, he was removed from the field. Going by the words of Adam Teicher, Mahomes will be playing next week against the New York Giants.

With 8:13 left on the clock, Mahomes and the Chiefs were confronted with a 4th and 18 as he waited for a receiver to free himself. However, that never happened and the Chiefs’ quarterback was sacked by Denico Autry. While going down, he was smashed in the head by defensive tackle Jeffery Simons that looked like a knockout in the Octagon.

However, as a sigh of reprieve, Mahomes was seen walking back all by himself into the medical tent and was seen conversing with Reid after his discussion in the tent. He was knocked all over by the Titans as he was sacked four times in the game for a staggering loss of 31 yards. Before the injury happened, Mahomes almost had the most disgruntled start in his antiquity with zero touchdowns.