Home Martial Arts UFC “I think he thrives under pressure,” Tyson Fury believes Conor would get... 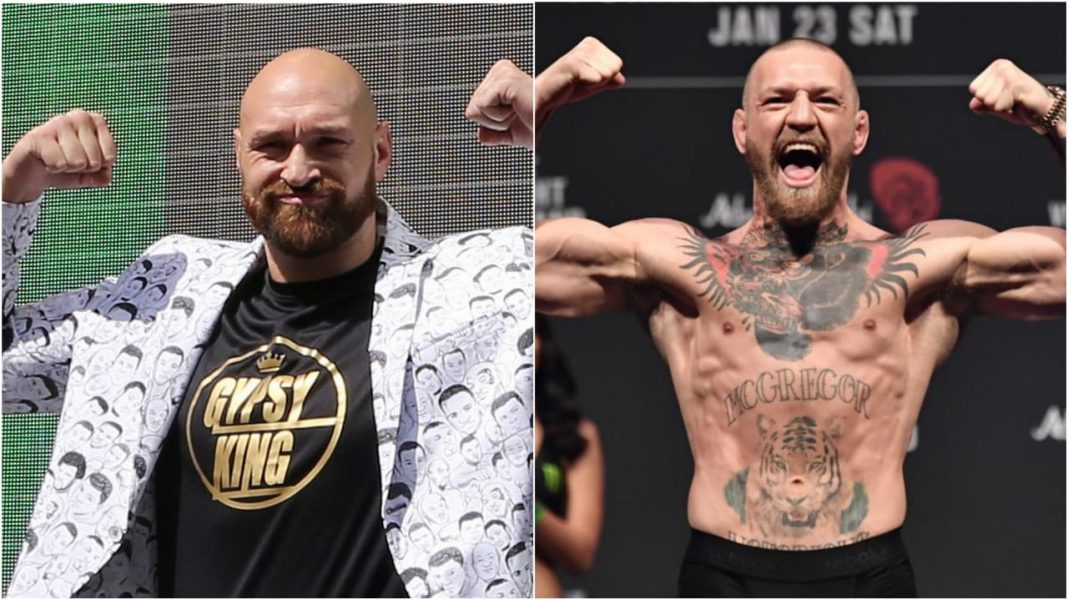 Conor McGregor lost his much-anticipated rematch against Dustin Poirier and there were many factors that contributed to his loss.

The devastating leg kicks from Dustin Poirier played an important factor in the fight, these kicks completely destroyed McGregor’s lead leg and hence destroying his mobility, Conor was preparing for his fight against the boxing legend Manny Pacquiao and because of that he was using a boxing stance and Dustin took advantage of this thing.

He believes Conor is putting in the work and said, “I think he thrives under pressure like that and providing does a good training camp and gets to the ring injury free, he should be okay.”

According to dana White Conor Mcgregor is absolutely obsessed with the rematch and hes been putiing in a lot of work for the same, Tyson Fury also acknowledges his effort.

He said, “He’s been in the ring now, he’s been active. He’s had that training camp. Bit more activity. I think he’ll get focused and do what he’s got to do in the rematch.”

Also read: Covington, Burns, Edwards, and even Nate Diaz, Stephen “The Wonderboy” Thompson is ready to face any of these top guys.