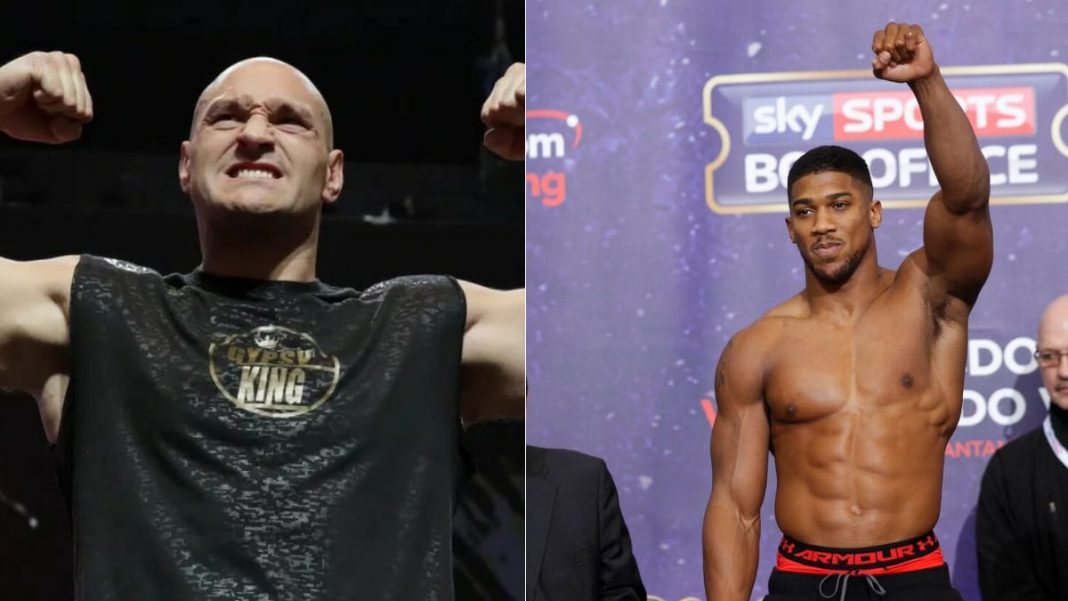 The fight the whole boxing world has been waiting for is still struggling to find a venue and a date – Anthony Joshua vs Tyson Fury. A month back, parties of both the fighters agreed to a two-fight deal for the title unification bout. But since that day, there has not been any progress, and Tyson Fury’s recent impatient tweets suggest that the fight is nowhere close to happening.

The Gypsy King took to twitter to post an image denoting that the clock is ticking, as there has been no confirmation or progress from Eddie Hearn’s side (Anthony Joshua’s promoter and Matchroom Boxing CEO). But the same is being said of Tyson Fury’s promoter as well. Tyson’s tweet resulted in a widespread reaction from boxing fans, sparking fears that the fight might never come to fruition.

“Let me hazard a guess, fast Eddie bottling it as per with his golden goose“, one user Tweeted. Quite a few users agreed to this, while a few revealed that Tyson Fury’s promoter Bob Arum was also to blame.

“3 days left to get the venue i think or it flops,” another user chimed-in. There were quite a few Tweets under such a ‘not so confident’ tone. A few users also pointed out to Anthony Joshua vs Deontay Wilder never coming to fruition, and added that this fight might meet with the same fate as well.

What are your thoughts on this? Will this fight come to fruition? Should Fury’s tweet be taken seriously, since he might have tweeted it just because he was getting impatient with the slow proceedings! Sound off your opinions!

Also Read : ‘I just want to get hold of him and hurt him’ – Dillian Whyte determined to inflict pain on Deontay Wilder

“I have early signs of CTE,” says Jake Paul ahead of the fight against Ben Askren – will fight anyway

‘Both sides have approved the site offer that they want to go with’ – Eddie Hearn reveals huge update for Anthony Joshua vs Tyson...

‘I don’t think Ben will be able to get near me’ – Jake Paul on his fight against Ben Askren; goes on to pay...

Sumeet Singh - April 16, 2021
After a dramatic road trip, the Los Angeles Lakers are finally back to the Staples Centre. The team took on the hyped up Boston...

Nevin Clinton - April 16, 2021
Hanuma Vihari made his English county debut today for Warwickshire even as most of his Indian national teammates are occupied with the Indian Premier...

“Don’t ask a man his salary” – Aakash Chopra responds to...