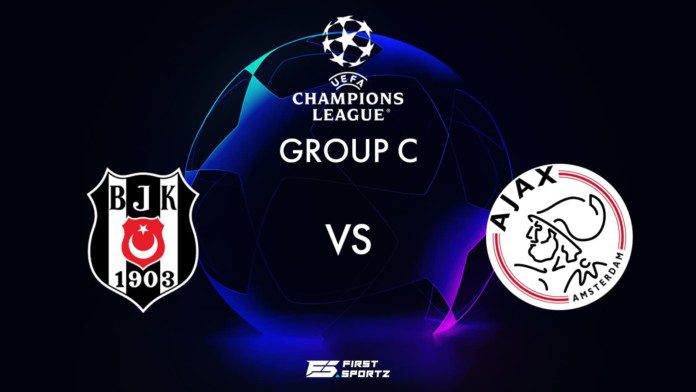 Ajax went into tonight’s match with 4 wins out of 4 in their group and only two goals conceded so far. Beşiktaş started well as they took the lead against Ajax in halftime, Rachid Ghezzal scores from the penalty at 22nd minutes after a handball from Noussair Mazraoui. Superb penalty to beat André Onana who guessed the right way.

Sebastien Haller was a complete turnaround for Ajax as he scored at 54th and 69th minutes of the game to make it is 2-1 up at Besiktas after the final whistle. With 5 in 5 wins, Ajax have advanced to the next round, while Besiktas has a very disappointing UCL campaign with no win till now in 5 games.

Mert Gunok (gk) (06/10) Gunok had a quiet day on the field. He made only one save and was never challenged by Ajax attackers.

Francisco Montero (06/10): The Central Back Montero was not much up to the mark in this game but he tried to manage the defence line and maintain the pressure towards midfielders.

Domagoj Vida (06/10): The Central Back Vida was making the possession with the midfielders but have a slow game in this match performing interceptions throughout the game but having a zero tackle.

Valentin Rosier (7/10): The Right Back Rosier was performing well in this match as he was in full charge towards wingers as well as Mids. He was also managing to create some chances in the game.

Cengiz Umut Meras (7/10): The Left Back Meras was performing good in this match as he was keeping the possession throughout the game and took down some good tackle.

Miralem Pjanic (8/10): The Central Mid Pjanic was performing great in this game as he was creating some great chances and was doing interceptions in the mids throughout the game.

Rachid Ghezzal (9/10): By Leading on one goal by penalty the Right-Wing Ghezzal was performing great in this match as he was the one who score the goal and created chances.

Mehmet Topal (7/10): The Central Mid Topal was subbed in the half but he was performing good in this game keeping the possession and having a good passing range.

Alex Teixeira (8/10): The Attacking Mid Alex was getting the chance to score but he couldn’t do that but he was able to take the shots on the target.

Cyle Larin (7/10): The Central Forward Cyle was not up to the mark to score goals still he was managing to create chances and take shots on targets.

Georges-Kevin N’koudou (8/10): The Left Wing was not performing well in this game but creating chances in the games and taking shots.

M. Batshuayi(7/10): Batshuayi was subs in halftime but he couldn’t do anything special in the game as he was marking the mids as well as forwards.

Andre Onana (gk) (8/10): Andre was at his very best in the game. His saving accuracy was good and was able to create the necessary build-ups with the teammates.

Noussair Mazraoui (7/10): The Right Back was performing well in the game in the 1st half and later on he was subs but he was marking the wings in a very good position.

Nicolas Tagliafico (7/10): Nicolas was very sharp on the field as he made some important clearances. During the game, he made 40 passes and was able to stop the Wings from getting scoring chances.

Perr Schuurs (7/10): He was accompanied very well throughout the game for creating chances. Schuurs made 2 amazing interceptions and 6 important clearances to dent the good chances.

Davy Klaassen (8/10): He created some excellent runs in the midfield. Even though he had 44 touches and one shot on goal. He was creating some chances in the game.

Ryan Gravenberch (7/10): Ryan had an ordinary day on the field. His pass completion rate as well and was very well tracked down by the defenders.

David Neres (7/10): David also struggled along with the team to create goal-scoring chances. He was well managed by the defence and didn’t allow him to get in good scoring positions.

Dusan Tadic (7/10): Throughout the game, Dusan made some very effective runs in the spaces, his passing accuracy was close to 91% which allowed the team to get more width in the midfield.

Mohmmed Daramy (8/10): Daramy played for 30 minutes but he rarely found his feet in the game and struggled similarly to Tadic to make any impact in the game for Ajax.

S Haller (9/10): Scoring a brace in the second half, Haller was performing great in this match he was the one who score for Ajax and let the team win.