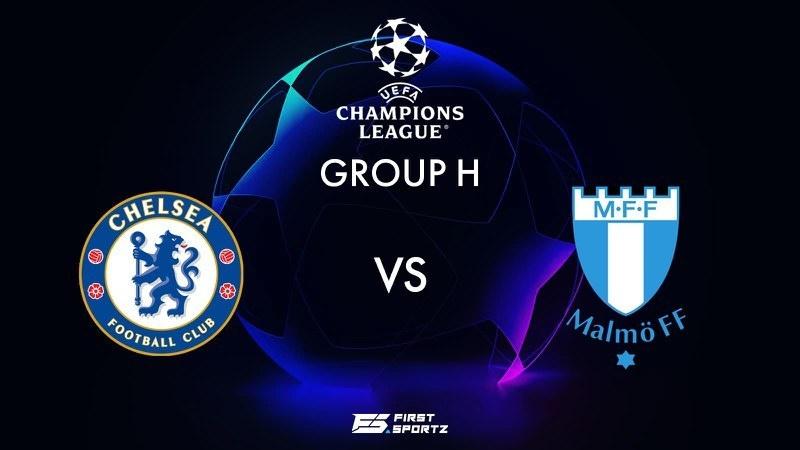 Thomas Tuchel’s Chelsea recorded a massive 4-0 victory in the UEFA Champions League against Malmo on Wednesday night. Jorginho got two goals from the penalty as Andreas Christensen got on the scoresheet for the first time for Chelsea. Substitute Kai Havertz also got one for the London club. However Chelsea will be having injury worries as both Romelu Lukaku and Timo Werner had to be substituted.

Eduoard Mendy (6/10) – The Senegalese international has another clean sheet in his pocket. But in tonight’s game Eduoard Mendy was merely a spectator and had nothing to do.

Antonio Rudiger (7/10)- The German international was as usual pretty solid in his defensive duties. Rudiger operating from the left centre back role was linking up well with Ben Chilwell. He got the foul for Chelsea’s second penalty.

Mason Mount (7/10)- Mason Mount was extremely bright tonight and was working well in the close spaces. He showed some delightful tricks including a lovely backheel touch to N’golo Kante and was getting deliveries into the box.

N’golo Kante (7/10)- N’golo Kante did what N’golo Kante does best. The French dynamite was constantly knocking the ball away from the Malmo midfielders. Moreover he was also involved in the attacking play.

Jorginho (7.5 /10)- Jorginho organised the play well for Chelsea. He scored his goal via penalty. While everyone was expecting a hop and a skip, Jorginho this time slammed the ball ho,e right down the centre.

Ben Chilwell ( 6.5/10)- The left back who is in great scoring form had a wonderful opportunity in the first half. He was set up by N’golo Kante on the edge of the penalty box. However with a clear sight of goal he shot with his weaker right foot.

Timo Werner (5.5/10) – Timo Werner also had to substituted after an hamstring issue. He missed an easy opportunity within the first five minutes but thankfully for him Romelu Lukaku was offside in the buildup.

Kai Havertz (7/10)- Kai Havertz came on early tonight to replace the injured Romelu Lukaku. He had a crack at goal in the first half but his left footed shot was high and wide. However he got his goal in the second half with a lovely dink over the goalkeeper.

Callum Hudson Odoi (7/10)- The English youngster came for Timo Werner and slotted in the left hand side of the forwards. He got a strong shot away which was palmed away by the goalkeeper. Additionally he got the assist for Kai Havertz.

Saul Niguez (6/10)- Saul Niguez came on in the second half to replace N’golo Kante. He got some good playing time under his belt and looked much better than on his Premier League debut.

Reece James (5/10)- Reece James was part of the triple substitution by Thomas Tuchel. He was brought on for Cesar Azpilicueta at right wingback and was decent for the time he was on.

Marcos Alonso (5.5/10)- The left back came in for a straight swap with Ben Chilwell. He was involved in putting a good cross into the box but Thiago Silva’s header was wide.

Johan Dahlin (5/10)- The goalkeeper had a terrible night and was unable to make the stops when required. Hence he was substituted at halftime.

Lasse Nielsen (4.5/10)- A match to forget for Lasse Nielsen. He had a close call for the penalty but was lucky. However his tackle on Romelu Lukaku ended in the second goal for Chelsea.

Franz Brorsson (5/10)- Brorsson gave far too much space to the forwards to use and this cost Malmo heavily. He was slow and Chelsea forwards went past him quite easily in the end.

Eric Larsson (4.5/10)- Similar to Nielsen, Larsson as well was utterly poor in the defence tonight. He conceded the penalty after a silly challenge on Antonio Rudiger in the second half.

Anders Christiansen (5/10)- The Malmo captain was completely off touch tonight. Moreover he was also booked in the second half after a cynical tackle on N’golo Kante who had got the better of him.

Sergio Peña (6/10)- Sergio Pena still looked more comfortable in possession as compared to the other teammates. However he couldn’t move ahead due to the lack of movement by the other players.

Innocent Bonke ( 5/10) – Bonke had a terrible time at London and in the heavy rain. He was constantly troubled by Jorginho and N’golo Kante who hardly gave him any space to work with.

Martin Olsson (5.5/10)- The left back was completely nullified by the likes of Cesar Azpilicueta and Mason Mount who were playing on the right. He was trying to move ahead but with no luck.

Jo Inge Berget (5/10)- Beret was operating from the right hand side and was extremely slow in his decision making . He was always second to the loose balls and couldn’t wriggle out of the tight spaces.

Veljko Birmancevic (5/10)- The forward much like his teammates hardly had anything to work with. No space and no creativity meant he had absolutely no contribution to the attacking play.

Antonio-Mirko Colak (5.5/10)- Colak had the only opportunity in the first half for the visitors. He got on the end of a lobbed delivery but fired the ball high past Eduoard Mendy.

Ismael Diarra Diawara (5/10 )- the Substitute goalkeeper got a horrid welcome with Chelsea scoring just two minutes after he came on. Moreover Diawara was also sent the wrong way by Jorginho from the penalty spot.

Abdul Malik Abubakari (5/10)- The forward came on at the halftime break for Birmancevic. However he too couldn’t involved much in the game amd produced no end product

Adi Nalic (5/10) – The midfielder replaced captain Christiansen. This was a safe move by Malmo as Christiansen had just been booked by the referee and hence they brought in Nalic.