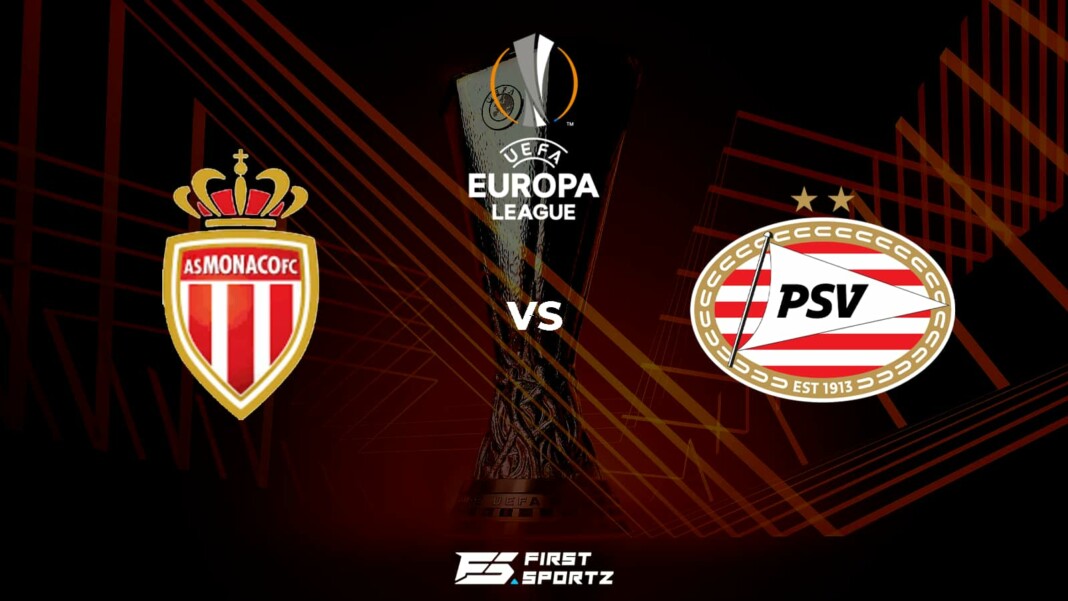 AS Monaco drew 0-0 with PSV Eindhoven in the UEFA Europa League on Thursday night. A pretty uneventful evening as both teams couldn’t create any real opportunities. However, PSV Eindhoven will be the more disappointed team as he looked more likely to score. With this result, Monaco are at the top of the table while Eindhoven are placed at third.

Alexander Nübel (GK) (6/10)- Nubel had a pretty uneventful evening tonight as he was posed with no challenges as PSV Eindhoven had no shots on target. His distribution of the ball was good though.

Guillermo Maripán (5.5/10)- The center back’s positioning today was off and he put himself in troublesome positions. Moreover, he was also shown the yellow card for a bad challenge in the first half.

Benoit Badiashile (5.5/10)- An average performance from Badiashile tonight. He was playing in the left center-back role and had to chase the ball on quite a number of occasions.

Axel Disasi (5/10)- A rather disappointing performance from Disasi today. He left vast amounts of space in front of him at times. Additionally, he didn’t close down his opponents in time.

Youssouf Fofana (6/10)- Fofana was getting into the action quite a lot of times. He got one good opportunity after combination with Volland but his shot was blocked out.

Aurelien Tchouameni (6.5/10)- The French youngster put in a strong performance tonight. He was involved in stopping a lot of forward moves by the PSV Eindhoven team.

Jean Lucas (6/10)- Jean Lucas was getting into the game very well at times. His passing lacked the finesse but he was trying to get them through balls in for the forwards.

Caio Henrique (6/10)- Henrique was operating in the left wing-back role today for AS Monaco. He was getting into good advanced positions and drew in fouls from the opposition.

Ruben Aguilar (5.5/10)- Aguilar was having some problems in defending against Vertessen. Moreover, his crosses and accuracy in passing was not up to the mark.

Myron Boadu (5.5/10)- Boadu was ineffective tonight. He was completely bullied by the PSV Eindhoven defence. Hardly given any time on the ball he lost possession a lot of times.

Kevin Volland(6.5/10)- The forward had very little to work with tonight and wasn’t given much breathing space. However, he had one opportunity after the pass by Diop but his shot from the center was weak.

Sofiane Diop (6.5/10)- A very bright performance from Diop who was quick to get into the action. He created two good opportunities for Volland and Maripan.

Aleksandr Golovin (5.5/10)- Golovin was brought on to increase the attacking options for Monaco. However, he didn’t have the required impact in the second half.

Djibril Sidibe- Sidibe was called into action for Disasi who had a bad time up until the first half. However, Sidibe also couldn’t be much better than him in the defence.

Joel Drommel (6/10)- Drommel had not much to do in the game and was pretty relaxed. He had only one shot on target and handled that with ease.

Olivier Boscagli (6/10)- The defender put in a good show tonight. However, it would be much better if he was not booked after a poor and unnecessary foul which earned him a yellow card in the second half.

André Ramalho (5.5/10)- Ramalho put in some good blocks tonight. But some of them resulted in deflections. This resulted in corner kicks which kept the pressure on the visitors.

Philipp Max (6/10)- Phillip Max combined extremely well with Vertessen. This gave him the freedom to go ahead at times and try his luck on goal if no other forward was available.

Jordan Teze (5.5/10)- Jordan Teze was not advancing as well as his counterpart. This caused him to sit deep back and hence he was involved in tackling which resulted in him conceding set-pieces.

Ibrahim Sangaré (6.5/10)- The midfielder was dropping down to collect the balls from deep out positions. He was spraying balls all across the field and his distribution was compact.

Érick Gutiérrez (6/10) – Gutierrez’s off-the-ball movement was very good tonight. This enabled him to get into positions quickly as compared to the Monaco players and he could create opportunities.

Yorbe Vertessen (6.5/10)- Vertessen was very quick at times and utilized his pace well. He drew in the early fouls from the AS Monaco players and also threatened on the left flank.

Philip Mwene  (6/10)- Mwene was making some good forward runs in behind the Monaco defenders. However, his timing on these runs was not accurate and he was caught offside at times.

Carlos Vinicius (6/10)- Vinicius should’ve got on the scoresheet especially after some of the chances he got. Mwene provided an inch-perfect delivery but his header was wide.

Eran Zahavi (6.5/10)- Zahavi looked positive at the front for PSV Eindhoven but will be disappointed having not scored. His shots were not hitting the target. One-shot took a deflection and resulted in a corner kick.

Bruma (6/10)- Bruma got some valuable minutes under his belt after being called off the bench. He replaced Yorbe Vertessen who was injured and had to be substituted.