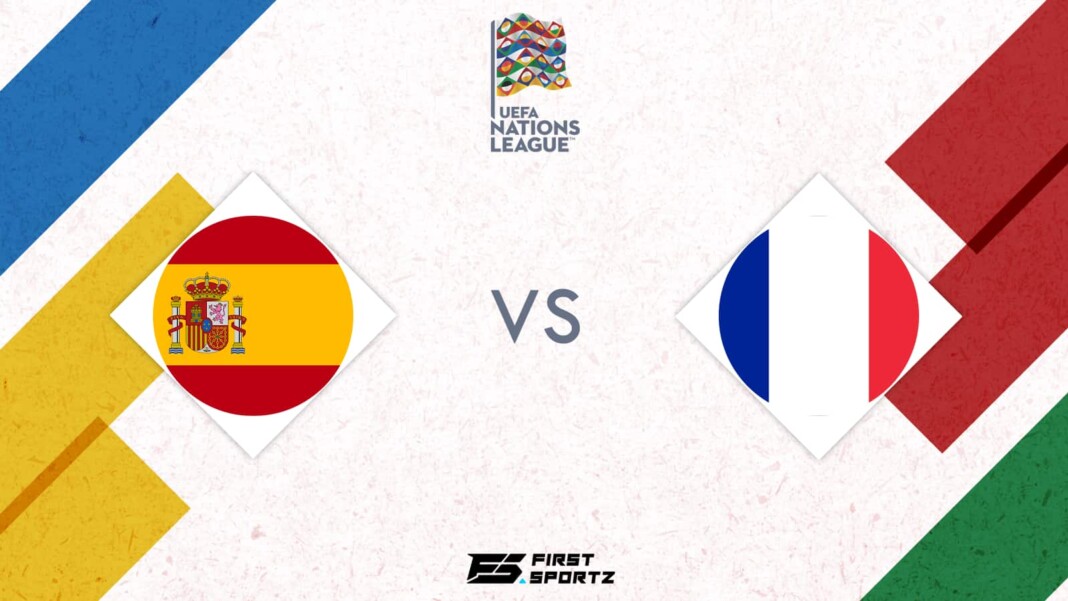 The 2020/21 UEFA Nations League comes to it’s business end as Spain go to battle against France in the finals on Sunday at the San Siro. Luis Enrique’s side beat reigning European Champions Italy 2-1 to book a place in the finals, while France came from behind to beat Belgium in a thrilling 3-2 encounter.

Spain were impressive in their semi final win over Italy at the San Siro with Manchester City’s Ferran Torres scoring a brace in the first half, and making a case for Pep Guardiola to consider starting him in the upcoming games as both goals were a poachers finish by the forward just like any other world class number ‘9’ would score. Not only Mancini’s men were 2-0 down at halftime but also lost their captain Bonucci after a second yellow card was shown to him after his elbow struck Busquets in an aerial duel. However Italy manage to pull one back late in the second half when Lorenzo Pellegrini scored on a counter attack from a Spain corner kick.

However Ferran Torres limped off early in the second half which will surely be a worrying sight for Luis Enrique. Barcelona youngster Pablo Gavi also ran the show in midfield on his senior debut for Spain against the likes of Verratti and Jorginho. It will be a first taste of silverware for Spain after the Euros 2012 if they manage to beat France in the finals.

Meanwhile, Didier Deschamps men were on course for another disappointment on the big stage after they went 2-0 down against Belgium in the first half of the Nations League semifinal. Goals from Carrasco and Romelu Lukaku put Martinez’s men in cruise control. France showed why they’re one of the dangerous nations when they scored 2 goals in 7 minutes with a low finish by Karim Benzema and a penalty by Kylian Mbappe to level matters for the Bleus. But it was Theo Hernandez’s 90th minute strike just from the edge of the box completed the turn around for France. Theo who was playing only his second game for France national team came up clutch when it was needed the most.

Spain and France will face off in the UEFA Nations League final at the San Siro Stadium in Milan, Italy. It is the home ground of the two Milan clubs AC Milan and Inter. It hosts selected matches for the Italy national team and has a total capacity of 80,381 seats.

Spain were impressive against Italy, but Ferran Torres injury will be something to look out for up until couple of hours before the huge kickoff. France have had a day less for preparation but surely want to make a better start as compared to the one they did against Belgium. On their day with the likes Mbappe and Benzema, France can outplay any opponent in the attacking part of the field. Hence we predict a narrow win for France in the UEFA Nations League final. Who do you think will be crowned the second UEFA Nations League winner on Sunday after Portugal in 2019?

The game between Italy vs Belgium is streamed live on ITV Hub and Sky Sports in the United Kingdom. For the Indian fans, the game is live on Sony Liv, the OTT platform. It is live on ESPN2 and TUDN for the United States of America football fans. The Australian fans can watch the game live on Optus Sports.