The 2021 World MMA Awards saw some interesting nominees and winners this year. Here’s what happened at the grand award ceremony.

The 2021 World MMA Awards took place on Friday at the Worre Studios in Las Vegas. The annual award ceremony event puts the best performances in all of MMA and celebrates great work. This year was a great sweep for the promotion UFC as it took home most of the awards. Fighters like Kamaru Usman, Rose Namajunas, and Brandon Moreno won awards for their amazing record in the year 2021.

This award is prestigious as the winners are voted by the fans which ended on September 8th. The time period for nominees is from July 2020 to July 2021. A total of 12 months of MMA action. The Award ceremony was streamed live on the ESPN App.

Male Fighter of the Year

This is one of the most anticipated awards of them all. Fighters like Kamaru Usman, Brandon Moreno, Yaroslav Amosov, Charles Oliveira, and Jan Blachowicz were nominated for this prestigious award. UFC welterweight champion Kamaru Usman took home this award by a huge margin as he defended his title against Jorge Masvidal and Gilbert Burns between July 2020 and July 2021. Usman also broke the record for more consecutive wins in the welterweight division.

Female Fighter of the Year

Mackenzie Dern, Kayla Harrison, Valentina Shevchenko, Rose Namajunas, and Manon Fiorot were the fighters nominated for this award. This one was a very tough choice for the fans as all of them made a great case for this award. In the end, UFC strawweight champion Rose “Thug” Namajunas took went up the stage and received the award.

Breakthrough Fighter of the Year

Submission of The Year

The nominees for this award were AJ McKee, Paul Craig, Jimmy Flick, Anthony Hernandez, and Khabib Nurmagomedov. The retired lightweight champion Khabib won the award for his submission in his last fight against Justin Gaethje at UFC 254.

Referee of The Year

Herb Dean, Dan Miragliotta, Mark Smith, Jason Herzog, and Marc Goddard were nominated for this award. Herb Dean won this award and this came off as a surprise to many.

UFC, Bellator MMA, LFA, Brave Combat Federation, and UAE Warriors were nominated for the Best Promotion of the Year award. UFC, with no surprise, won the award but it was shocking to see no one from the promotion went up to collect their award.

Personality of The Year

Jon Anik, Daniel Cormier, Joe Rogan, Laura Sanko, and Chael Sonnen were nominated for this award. This award is one that the fans look forward to. Daniel Cormier, the former two-division champion who transitioned into a UFC broadcaster and a main member of the commentary box won this award. 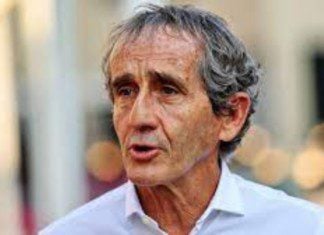