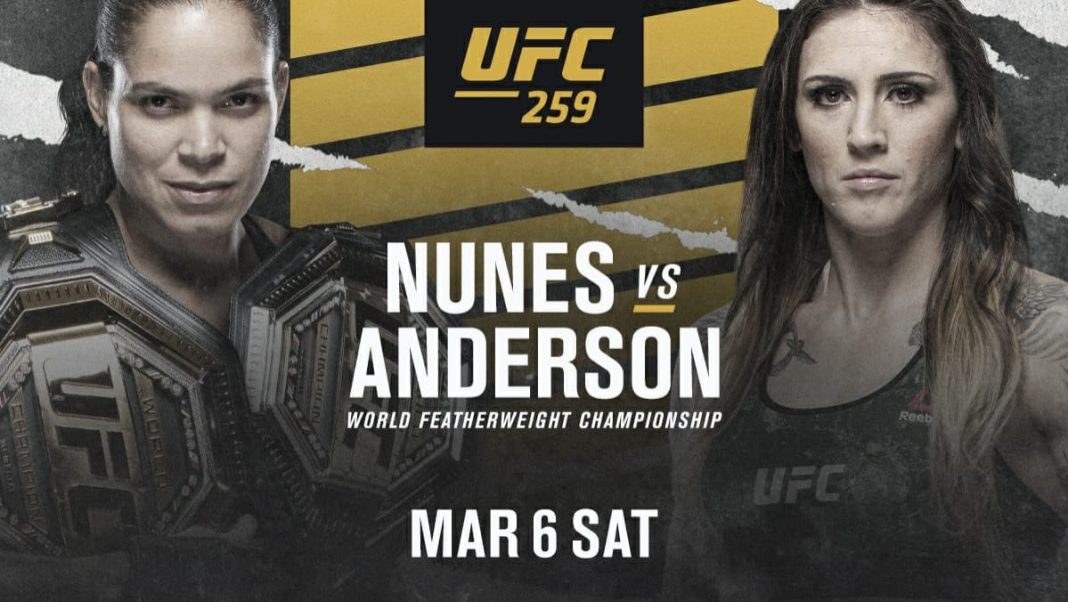 UFC 259’s fight card is stacked with some of the biggest stars in the promotion with the main event headlining the super contest between Israel Adesanya and Jan Blachowicz.

Along with this, the co-main event features the G.O.A.T of UFC women’s division and two-division champion Amanda Nunes putting her featherweight title on the line against Megan Anderson. Here is the Nunes vs Anderson prediction and preview.

After this Nunes challenged Cris Cyborg for UFC women’s featherweight championship and knocked her out in just 51 seconds of the very first round. With this win, she became the first two-division UFC women champion.

‘The Lioness’ last fought against Felicia Spencer at UFC 250 and now she is ready to add one more title defense in her list of greatness. On the other hand, Megan Anderson is one of the rising contenders in the Flyweight division.

She is currently ranked number 3 in the division and carves her way to the title shot by tearing out the entire division. Anderson is on a two-fight win streak with her latest win coming against Norma Dumont Viana on UFC Fight Night: Benavidez vs Figueiredo.

Amanda is going to be the toughest challenge Megan has ever faced but can Megan be the kryptonite for Nunes and hold one of her titles. We only need a couple of more sleep to find this out.

Also Read: Israel Adesanya’s bold prediction ahead of his fight against Jan Blachowicz