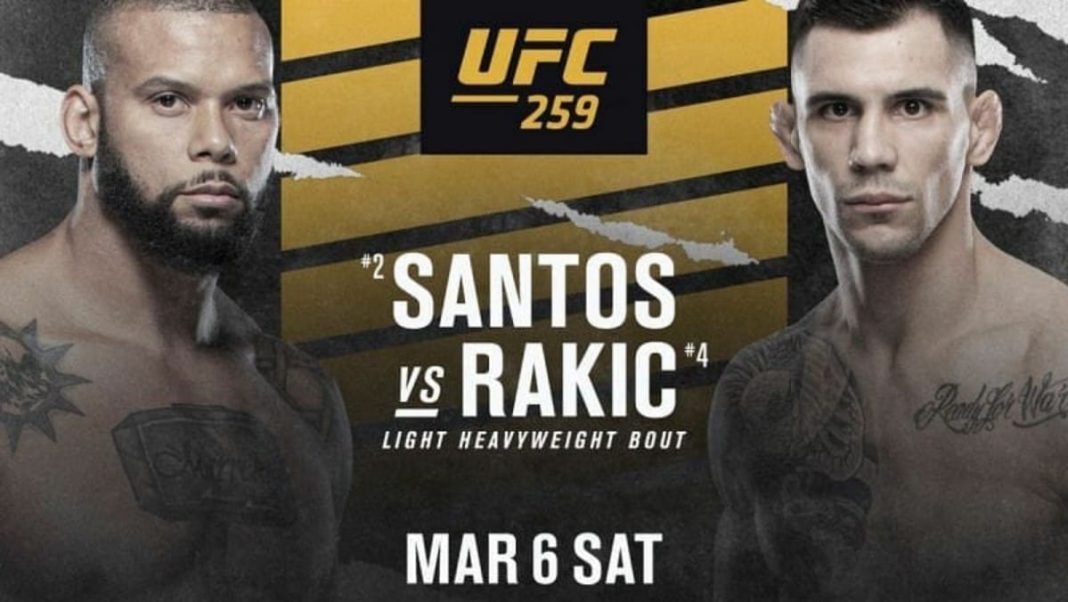 UFC 259’s fight card is stacked with three title fights and it is one of the most highly anticipated fight cards of the year. Along with these fights the card holds many other amazing fights as well. The Light-Heavyweight contest between Thiago Santos and Aleksandar Rakic is one of them. Here is the Santos vs Rakic prediction and preview.

A win in this match is the need of the hour for Santos to keep himself in the title picture. His opponent Aleksandar Rakic is one of the emerging contenders in the division who is just coming in this fight with a win against Anthony Smith.

Rakic is ranked number 4th in the Light Heavyweight division rankings and he holds victories over fighters such as Jimi Manuwa, Devin Clark, and Justin Ledet. This is going to be the first major test for Rakic and he will look forward to spoiling Thiago Santo’s night.

It is going to be interesting to see whether Santos will move closer to another title shot with this win or Rakic will make a major leap and get into the title picture.