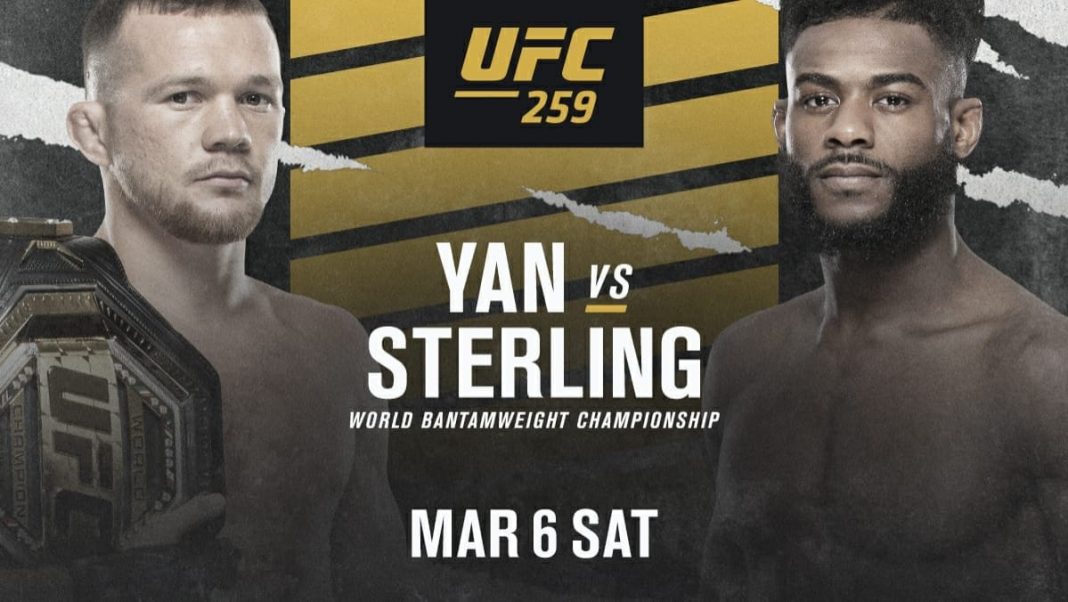 The bantamweight title fight between the champion Petr Yan and Aljamain Sterling is one of the most highly anticipated contests of UFC 259’s fight card. After getting scrapped for the first time, this fight is all set to take place now. Here is the Yan vs Sterling Prediction and Preview.

The UFC Bantamweight champion Petr Yan is one of those fighters who still have to face the first defeat of their UFC carrier. Yan is riding on 7 fights win streak entering this fight holding a record of 7-0 inside the Octagon.

He won the UFC Bantamweight title in a match against the former UFC Featherweight champion Jose Aldo after Henry Cejudo announced his retirement. This is going to be Petr Yan’s first title defense and he is all set to start his legacy in the division.

On the other hand, his opponent Aljamain Sterling holds the spot of number one contender by tearing out the whole division to get his title shot. He is riding a five fights win streak with his latest win coming against Cory Sandhagen at UFC 250.

Sterling has faced some of the biggest threats in the division and emerges virtuous in the fight against them. He is all set to make Yan’s first title defense his last title defense and leave the Octagon with the strap on his waist.

Petr Yan is the betting favorite in this match with odds of -145 in his favor in his first title defense against Ajlamain Sterling who is entering this fight as an underdog with betting odds of +115 in his favor.

Many people believe that Yan hasn’t faced the elite Bantamweight fighters in the division and Sterling will be his kryptonite. But we can only wait till some more nights to see who will rise above the other after the cage closes in this fight.