Home Martial Arts UFC UFC 259 : List of fights, Start Time, When and Where to... 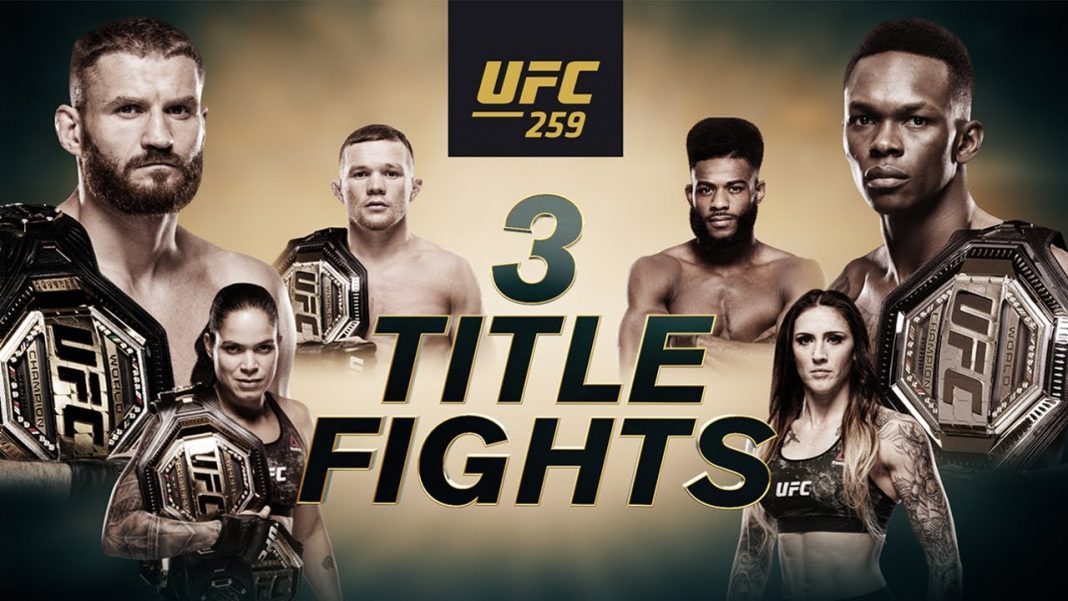 UFC 259 is just around the corner and the main card is absolutely stacked! It features three title fights including Israel Adesanya’s much-awaited light-heavyweight debut against the light-heavyweight champion Jan Blachowicz (main event). The co-main event features ‘The Lioness’ Amanda Nunes defending her title against Megan Anderson. The other title bout will be the first bantamweight title defense for Petr Yan, who takes on Aljamain Sterling.

Apart from this, the preliminary card features exciting matchups, as well, featuring notable fighters like Dominick Cruz and Joseph Benavidez.

Fight fans all over the world can watch the fights by purchasing the UFC Fight Pass. For viewers in India, Sony Ten 2 and Ten 3 will be the official broadcasters, with Sony Liv app providing online streaming. Viewers in US can watch it live on ESPN+.