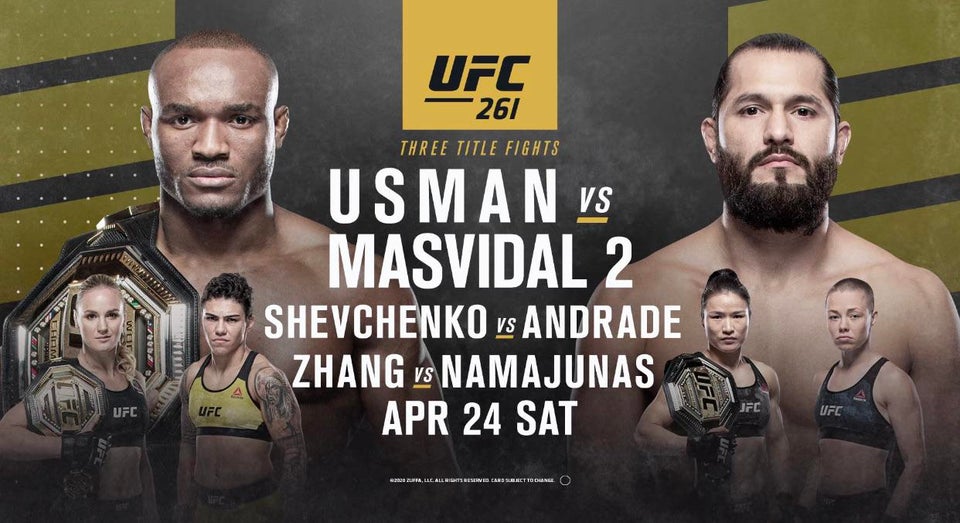 There wouldn’t be anyone as chuffed as Dana White would be right now. The tickets sale for the upcoming UFC 261: Usman vs Masvidal was opened today. No sooner did the tickets sale for UFC 261 open than it was sold out. What’s more – the event which is going to be held at the VyStar Veterans Memorial Arena, Jacksonville will see an attendance of 15000 people.

Taking to social media, UFC President Dana White posted an image of the UFC 261, mentioning sold out in big block letters. Just yesterday at the UFC 260 press conference White had said, “Right now, we’re at the pre-sale in Jacksonville. We broke the arena record already. So I expect this thing to go on sale tomorrow and sell out in seconds. And we broke the arena record on the pre-sale.” And, boy was Dana White right!

White thanked the UFC fans for making the sellout happen at a lightning-quick speed. He captioned his post, “Thank you UFC fans!!! Sold out in minutes. One of the fastest sellouts in UFC history. Arena record for highest gross. 15k attendance. I will see you in Jacksonville.”

The UFC 261 card is stacked as well. The main event features the welterweight title rematch between Jorge Masvidal and the champion Kamaru Usman. The expected co-main event is Valentina Shevchenko, the flyweight champion, taking on Jessica Andrade.

The card also features the return of Weili Zhang, after her war against Joanna Jędrzejczyk at UFC 248. She will be taking on former champion Rose Namajunas. Other notable matchups in the card are Anthony Smith vs Jimmy Crute and Chris Weidman vs Uriah Hall.

Also Read : Marvin Vettori believes Darren Till is overhyped by the media and fans!