“A massive f*ck up,” Dana White talks about how his production team failed to broadcast Donald Trump live at UFC 264 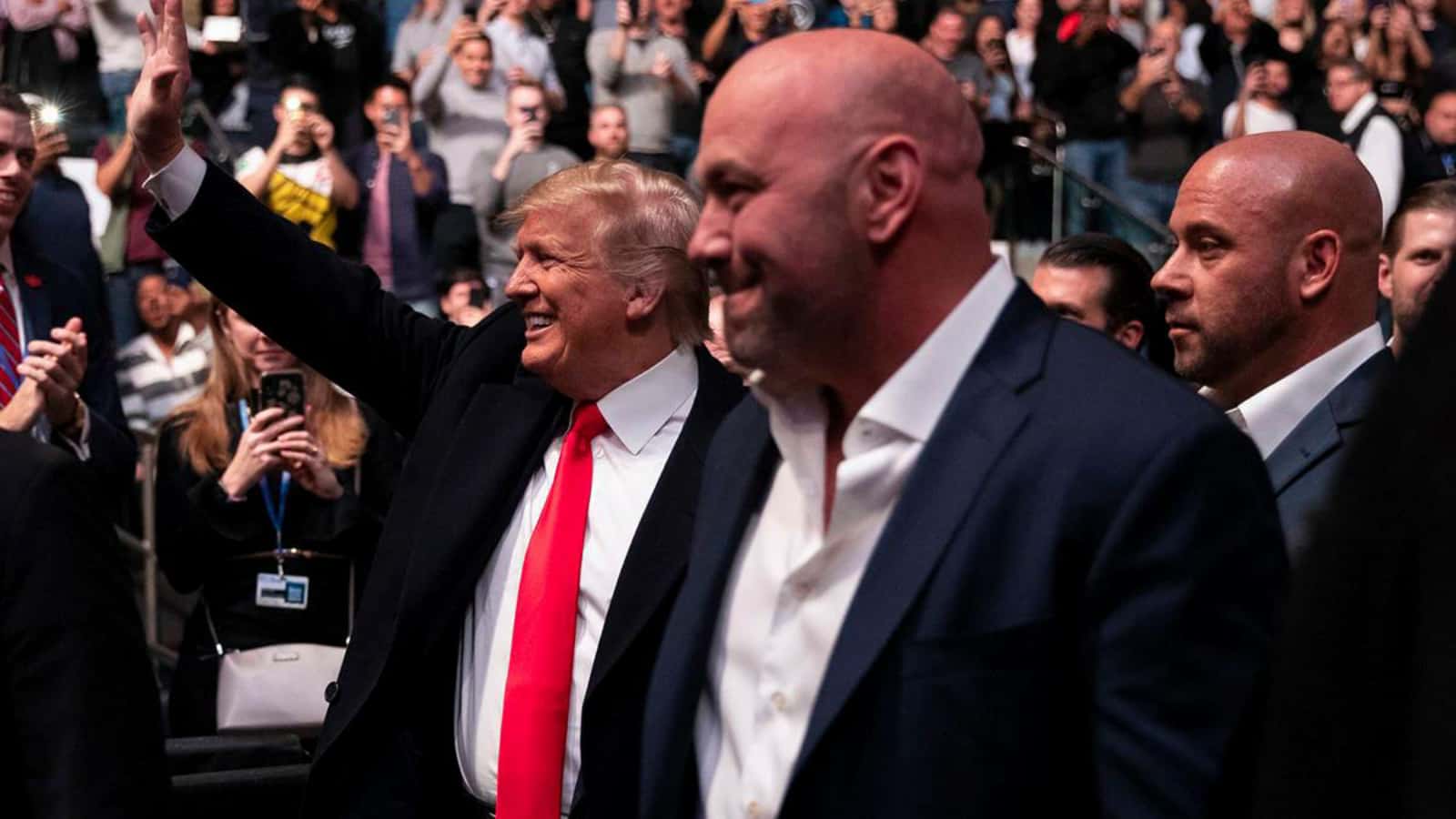 Dana White pulled some massive strings as he got some A-list celebrities into the crowd at UFC 264. The UFC President managed to call up his old friend and former President Donald Trump.

The UFC 264 went down this past weekend. The event took place at the T-Mobile Arena in Las Vegas, Nevada with the highly anticipated fight of Conor McGregor vs Dustin Poirier 3 headlining the event. From the reports, it seems that this event has been a massive success for the fighting promotion. We saw some big shots in the audience as the fight went down. Some of the notable names were Dave Chapelle, 2 Chainz, Odell Beckham Jr. and the biggest of all was Donald Trump.

But due to unfortunate circumstances, many of those A-list celebrities weren’t shown on live TV and boy Dana White was not happy about it. In a recent interview with TMZ, White spoke about the mishap and how their production team failed to execute the plans.

“We had a glitch in the truck,” says Dana White

In the interview, Dana revealed that they had some technical problems which led to them not broadcasting the former US President live on screen. “We were getting ready to show him right between the co-main and main events,” White told TMZ Sports. “We had some kind of glitch in the truck. Then the Conor fight ended up ending in the second round so we never got a chance.”

“Let me tell you — massive f–k up by my production team,” the UFC boss continued. “But it’s live TV and these things happen.” The UFC boss also went on to say how much the crowd loved Trump when he entered the T-Mobile Arena.

Also read: “Do the Stanky Leg,” Floyd Mayweather hilarious troll of Conor McGregor on Instagram after his injury mishap at UFC 264