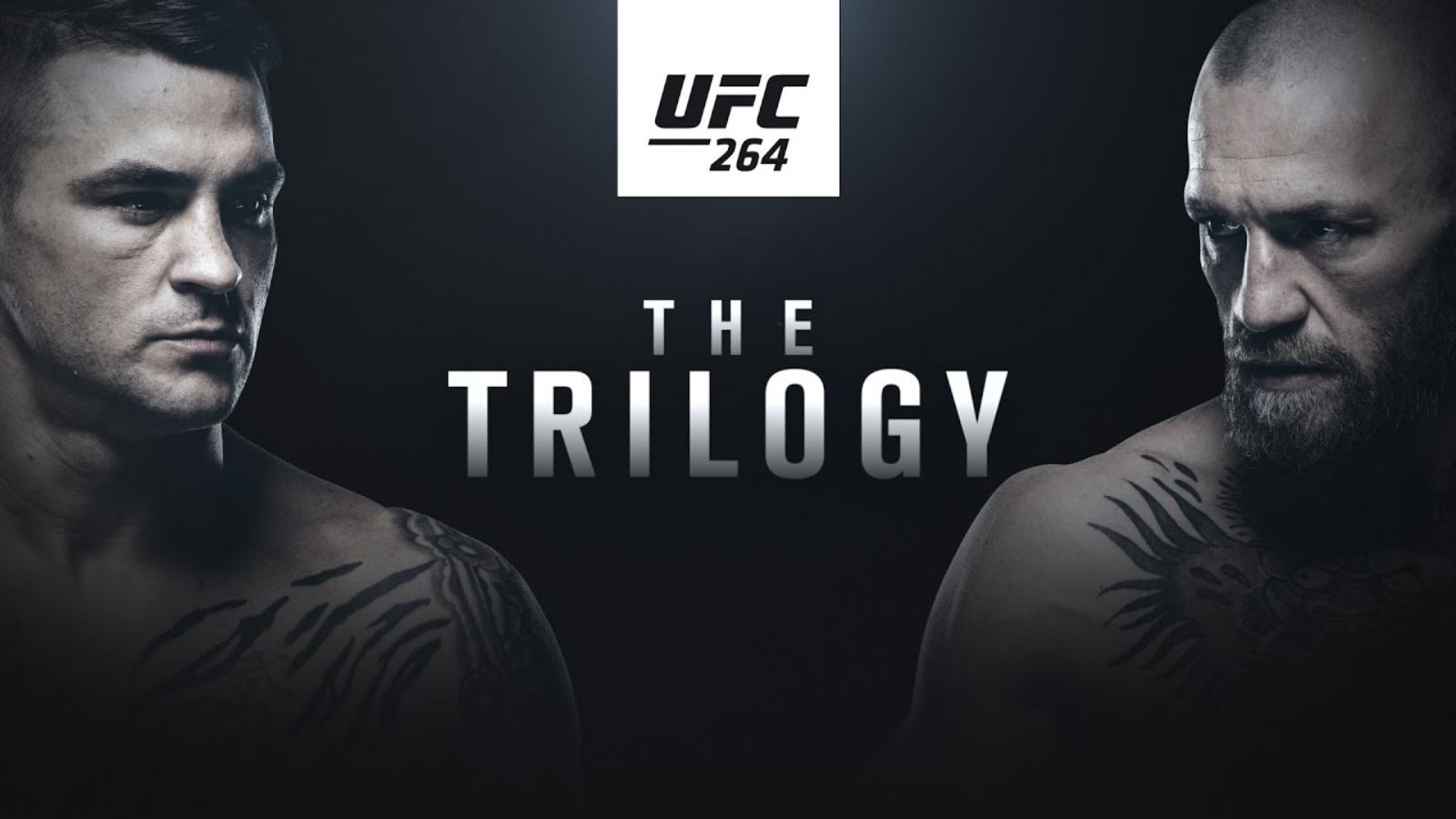 UFC 264 full fight card will headline the return of the biggest fighter in UFC history, as the former two-division champion Conor McGregor will enter the Octagon to settle the score with number 1st ranked Lightweight fighter Dustin Poirier in a trilogy.

Conor McGregor and Dustin Poirier stand on 1-1 knockout victories against each other and this match at UFC 264 main event will settle their score once for all.

Along with this, the co-main will feature the fight between the number 2nd ranked Welterweight fighter and former title contender, Gilbert Burns facing one of the most accomplished strikers in UFC, Stephen Thompson.  Here is the UFC 264 Full Fight Card.

The biggest draw in UFC, Conor McGregor will be facing one of the similar faces inside the Octagon as Dustin Poirier will step into the biggest fight of his career against ‘The Notorious’.  McGregor faced Poirier for the first time at UFC 178 at which he knocked ‘The Diamond’ out in the very first round of the fight.

They faced each other again at UFC 257, where Poirier knocked out McGregor in the second round of the fight. Now it’s time to end this beef by witnessing who’ll be taking a win in this trilogy.

The co-main event of UFC 264 will feature on the most highly anticipated Welterweight contest between the former title challenger Gilbert Burns facing Stephen Thompson. Burns will be stepping into this fight with a loss against Kamaru Usman in his last fight.

Thompson on the other hand is on a two-fight win streak with his latest win coming against Geoff Neal.  A win in this fight will bring both of them one step closer to the title shot.

Also Read: Hype for Conor McGregor vs Dustin Poirier trilogy builds up as UFC release trailer ahead of UFC 264.

How to Make White Concrete in Minecraft and what are its uses?

Can you sell property in GTA Online in 2023?