“Vicente Luque is more than a friend to me, no way I’m fighting him,” Gilbert Burns issues statement after Luque’s UFC 265 win 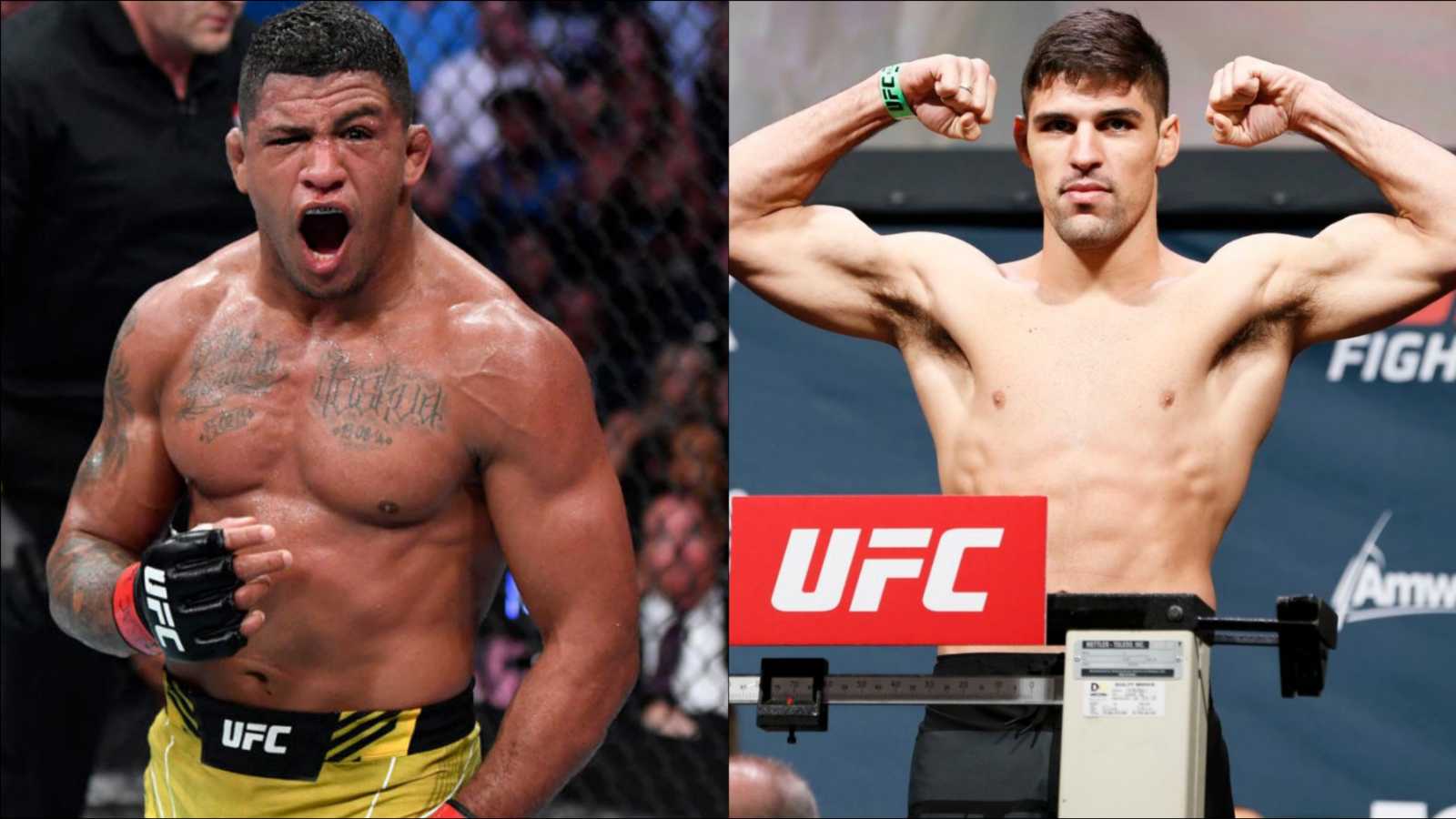 The number 6th ranked UFC Welterweight, Vicente Luque secured a win against the high profile opponent Michael Chiesa at the Welterweight contest of UFC 265. With this win, Luque broke Chiesa’s four-fight winning streak in the welterweight division and he’ll definitely get a crack into the top five rankings with this one.

Chiesa is one of the most elite grapplers on the UFC roster and he is an exceptional submission artist but Vicente Luque defeated him with a D-Arce Choke and Gilbert Burns who has standing in his corner seems to be jumping in joy after Luque’s victory at UFC 265.

Burns also secured a victory against Stephen Thompson in the co-main event of UFC 264 and he has been calling out almost every Welterweight fighter who isn’t booked to face him next. The list of Burns’s callouts includes Jorge Masvidal, Leon Edwards, and even Nate Diaz.

But after Luque’s win, Burns made it clear with his tweet that there is no way he is going to fight his training partner and brother, Vicente Luque. Burns says, “Just letting it clear again Vicente Luque is more than a friend to me he is a brother a real brother! Is no way I’m fighting him!”

Now, with Burns declining to fight Luque, it is going to be interesting to see whom he’ll be facing next.

The UFC Welterweight champion, Kamaru Usman is booked to face Colby Covington in a rematch at UFC 268. With a win against Michael Chiesa, Luque also presented a strong case for the title contention and in the post-fight octagon interview, he called out Usman to face him after facing Covington.

‘The Nigerian Nightmare’ also acknowledged this callout with his tweet which says, “You looked great my man we might be dancing soon,”. The welterweight division is no doubt one of the most stacked divisions in the promotion and it will be really interesting to see how the matchmakers will make things happen for the next title shot.