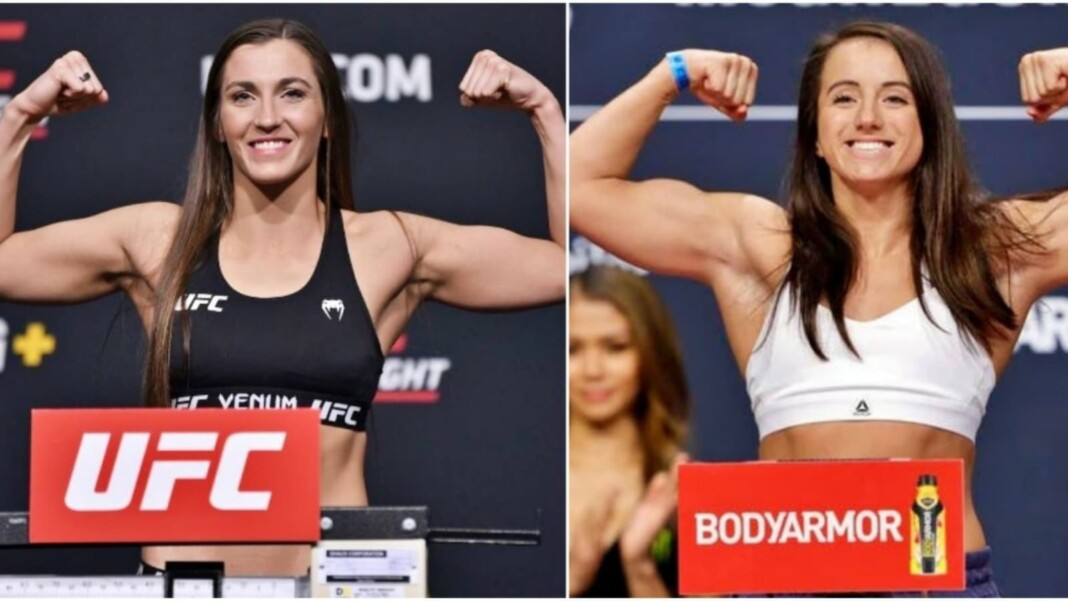 The fight between fellow UFC flyweights Montana De La Rosa and Maycee Barber has been called off. The fight was scheduled for UFC 269: Oliveira vs Poirier. This was known after De La Rosa posted on her Instagram that she was out and then Barber calls out Invicta FC veteran and UFC flyweight Roxanne Modafferi. UFC 269 is taking place on December 11, 2021, which is headlined by fellow lightweight “The Diamond” Dustin Poirier and UFC lightweight champion Charles Oliveira.

The UFC will take the decision from here as to what will happen for Barber as De La Rosa takes her time off for recovery. Barber has a pro-MMA record of 9 wins, 2 losses. Her last fight came to a victory from a razor-close split decision contest with Miranda Maverick. De La Rosa’s record is 12 wins, 6 losses and her last fight was a spectacular TKO finish against Ariane Lipski.

In her emotional Instagram post, De La Rosa writes “I’m super sad to announce to you all that I’ll be out for the next few months due to an injury I sustained while training for my upcoming fight in December. Under the discretion of the UFC doctors, they’ve decided that surgery would be the best option. As you all know, I’ve never voluntarily pulled out of a fight before. Unfortunately, some things are left out of my hands. Thank you to everyone that has supported and continues to support me. I look forward to a quick recovery and getting back doing what I love.” Fighters like Raquel Pennington commented wishes for a speedy recovery.

Looking at Barber’s case now, don’t be surprised if she calls out Roxanne Modafferi for they both have a history of a fight at UFC 246: Cerrone vs McGregor where Modafferi defeated Barber. Roxanne is also a tough competitor for anyone across her way, her resume compiling 44 fights throughout her career speaks volumes of her experience.

Also Read: “Maybe a jiu-jitsu girl is the one to beat her,” Mackenzie Dern believes her style can matchup against the champion Valentina Shevchenko

“Everybody left me, I was depressed,” Dominick Cruz talks about the dark period when he was out because of the injuries