Moreno was booked to face Figueiredo for his first title defense at UFC 269 earlier but after the announcement of the Welterweight contest between Jorge Masvidal and Leon Edwards being added to the UFC 269 lineup, this fight between Brandon Moreno and Deiveson Figueiredo has been pushed back.

‘The Assassin Baby’ and ‘Deus De Guerra’ will share the Octagon with each other for the third consecutive time. The pair first faced each other at UFC 256, where the fight ended as a draw and these two produced a show for the ages in front of fight fans around the world.

Moreno and Figueiredo again faced each other after six months at UFC 263 and this time ‘The Assassin Baby’ defeated Deiveson Figueiredo via third-round submission and became the UFC Flyweight champion.

With the addition of this Flyweight title fight here is what the updated UFC 270 fight card looks like:- 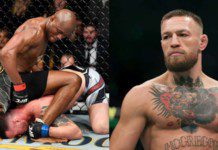