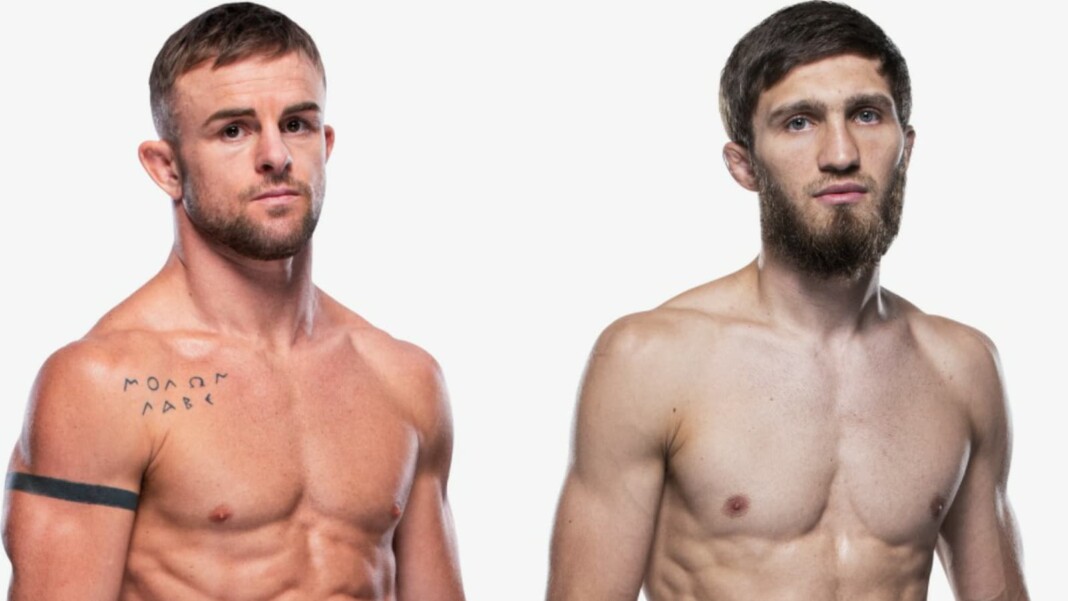 A bantamweight bout is official for January’s UFC 270 when fighters Said Nurmagomedov and Cody Stamann go off against each other. Stamann is currently ranked number 14 in official UFC rankings whereas Said is not ranked, but is coming off a spectacular knockout victory in his last fight against Mark Striegel held in October last year. So Said is coming from more than a year lay-off from the competition, while Stamann is looking to snap his 2-fight losing streak, with the last loss happened to be in May this year.

UFC is yet to decide the location for UFC 270, as of now we are only aware of the official date to be January 22, 2022. First reported by MMA DNA, the aforementioned bout is probably to get Said back in rankings while Stamann defends his current ranking against his fellow opponent. Not much advancement in the rankings for any of them is assured after the fight. Still, both of them need a fight with the result in their favor to prove they’re active and still winning in the company.

UFC 270 is headlined with a title-unification bout at UFC’s heavyweight division with the champion Francis Ngannou defending his title against interim champion Cyril Gane. Ngannou knocked out Stipe Miocic back in March to become the champion whereas Gane technically knocked out Derrick Lewis to become the interim champion. Other fights include middleweights Derrick Brunson going against Jared Cannonier for what can be possibly a fight for #1 title-contender for the middleweight champion Israel Adesanya. The card is yet to be complete but looks good so far: