“Everyone who loses has an excuse,” Anthony Smith not buying Conor McGregor’s pre-fight injury excuse for UFC 264 loss 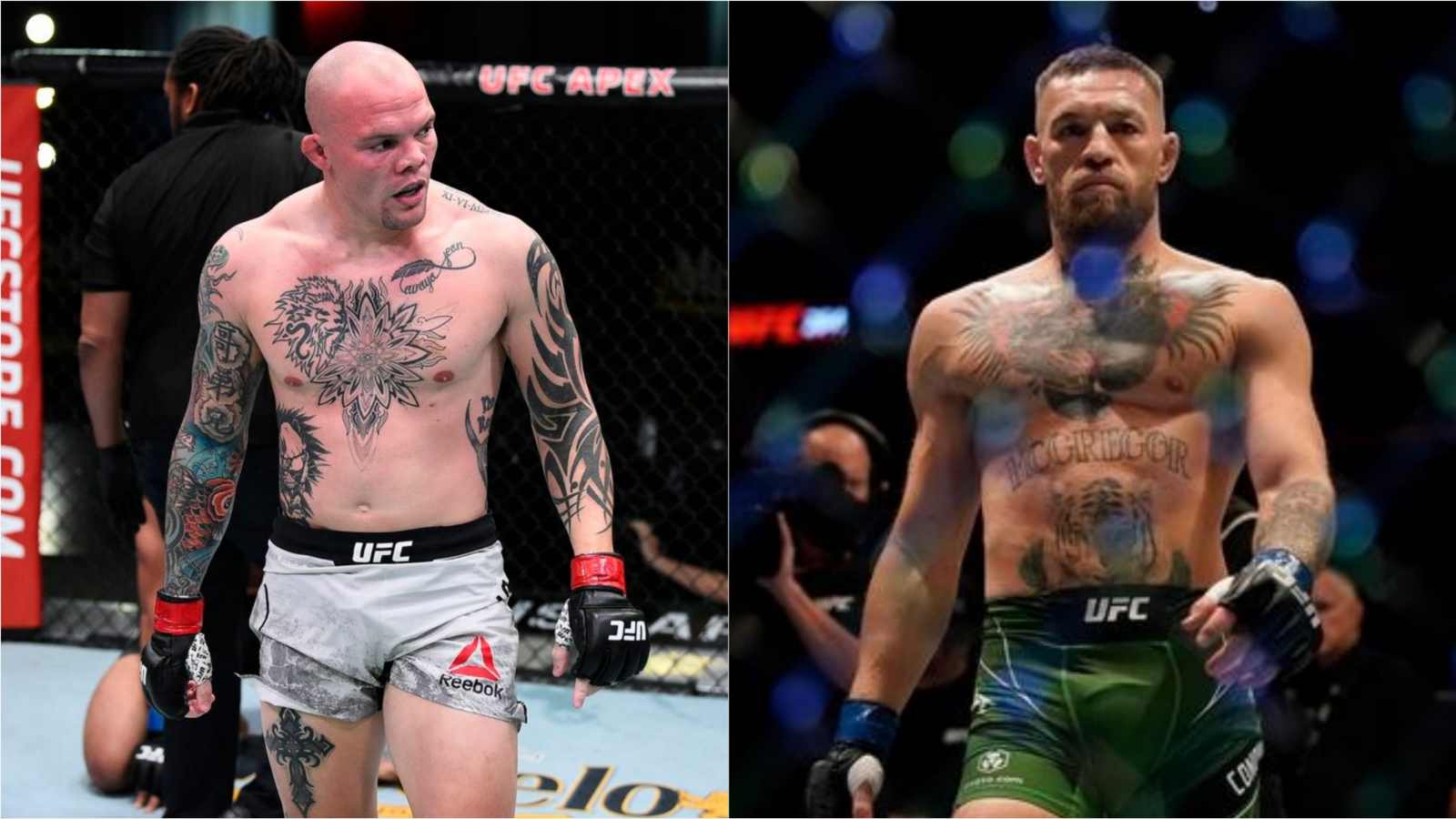 The former two-division UFC champion Conor McGregor faced an ugly loss against Dustin Poirier at the main event of UFC 264 earlier this month. Towards the end of the first round, McGregor snapped his left fibula and tibia and the fight ended as doctor stoppage.

After this loss McGregor stated that he entered into this fight with some stress fractures in his leg and Poirier’s win is illegitimate and the UFC analyst and number 11th ranked Light Heavyweight fighter, Anthony Smith isn’t buying McGregor pre-fight injury excuse.

In his latest interview at SiriusXM’s Fight Nation, Anthony Smith says, “Everyone who loses has an excuse. It’s new for Conor to be like that, I’m not the excuses guy but in my circle, all my friends know what’s going on. They know pre and they know post.”

“Like, ‘I know you’re never gonna say this but what was going on here? I know you’ll never say this publicly because you don’t make excuses.’ And I’ll absolutely tell my friends what’s going on.”

Smith added, “(They) knew that my hand was broken going into the Glover (Teixeira) fight and I never said anything about it because it’s not an excuse! Glover probably had a broken hand. We all are injured.”

“Going into the Jimmy Crute fight – I can talk about it because I won – my leg was f*cked. Totally f*cked. I couldn’t kick almost the entire training camp. I had this huge, huge hematoma and I’m lucky the commission didn’t catch it because I don’t know if they would have even let me fight.”

Anthony Smith continued, “The point of that is we’re all banged up going in. The sport is very hard and you put your body – the fight’s the easiest part. Making it through a training camp as uninjured as possible is the tough part.”

Conor McGregor’s injury has been a really hot topic for debate over the past week and both ‘The Notorious’s’ coach and McGregor himself claimed that the first round was going on according to their plan even after him being on 10-8 on two judges scorecard.

The UFC president Dana White also admitted with McGregor being injured before the fight. But for Anthony Smith, Poirier was better and that’s why he won the fight.

“It’s easy for a fan or someone who has never done it to say, ‘Oh, he was hurt.’ We’re all hurt. Every single one of us, every single time we fight. There’s not one person that can ever say they go in 100 percent healthy. So his excuses are very invalid to me.”

Anthony Smith concluded, “To the general public, it makes sense that they people would buy into that excuse but Conor knows that all of us don’t buy it because we’re all hurt too. That’s how I look at it, but he’s not lobbying to us. It’s to the general public, the buyers, the PPV buyers. Those are the people he needs to convince but he knows he’s never gonna convince us.”

Also Read: “I would knock those fake a*s teeth right out of his f*cking mouth,” Jake Paul again fires shots at Conor McGregor following his loss at UFC 264.