Kattar is coming into this fight with a disastrous loss against the former UFC Featherweight champion, Max Holloway at the main event of UFC Fight Island 7 where he absorbed a record-breaking amount of strikes. ‘The Boston Finisher’ is very well aware that he got a huge chip on his shoulder coming into this fight.

After Calvin Kattar’s loss many fans, even fighters tried to make fun of him, which includes Giga Chikadze as well. Talking about the same in his latest interview with Ariel Helwani for MMA Hour, Kattar says, “As of late, maybe, but he said some sh*t after my last fight,”

“Supposedly Giga had said something — I honestly didn’t hear what he said — but it was distasteful. He had something to say after my last fight and I’m looking forward to the opportunity to make him pay in the next one.” {H/t MMA Fighting}

“I’ll let Giga try to figure all that sh*t out,” Calvin Kattar claims he won’t make the same mistakes again what he made in Holloway fight

Giga Chikadze is coming into this fight riding a nine-fight win streak, with his latest win coming against the former UFC lightweight fighter, Edson Barboza. Calvin Kattar earned two consecutive victories before his loss against Holloway and Kattar claimed that he learned a lot from that fight and he isn’t going to repeat the same mistakes.

“I’m not so much focused on the last guy as I am the next guy, and even aside from that, I’m more focused on myself than the next guy. I don’t really care that much about these guys, I just try to focus on myself because you can get lost in the opponent — especially if something switches up on fight week and some sh*t happens. I really try to focus on what I can control, the present moment.” {H/t MMA Fighting} 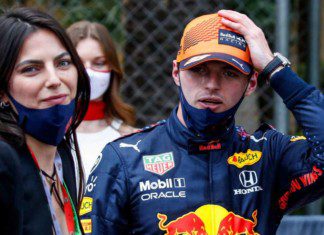