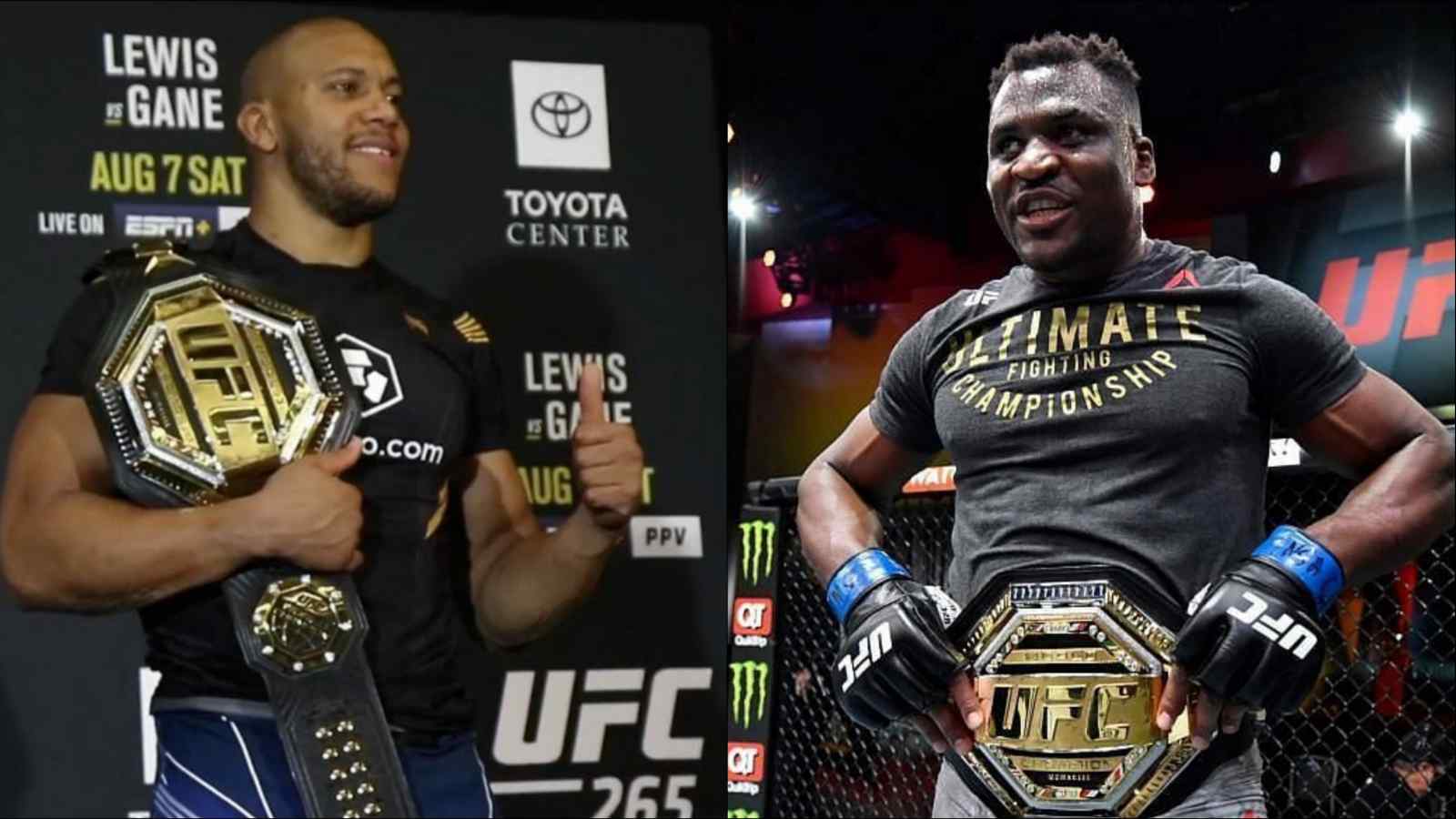 The heavyweight champion Francis Ngannou has a huge problem coming his way in the form of Ciryl Gane.

Yesterday, at UFC 265, Ciryl Gane took on UFC’s favorite Derrick Lewis in an interim heavyweight title bout. The event took place at the Toyota Center in Houston, Texas. “Bon Gamin” went on to defeat “The Black Beast” via TKO due to a flurry of punches in the third round in front of his home crowd. Amidst an uproar of booing, Gane was made the interim heavyweight champion. Ciryl is now undefeated in the heavyweight division and is on his way to take on former teammate Francis Ngannou.

Though Francis is considered the scariest man on the planet inside the octagon, Gane has convinced a lot of his haters to have his back in their next potential unification bout. According to SportsBetting.ag, Ngannou is no longer a favorite to win the fight against Gane in the future. The odds are stacked against him as Gane emerges as a favorite while Ngannou is an underdog.

Ciryl Gane is a -130 favorite against Francis Ngannou

According to oddsmakers, “Bon Gamin” is now a -130 favorite while “The Predator” emerges as a +110 underdog. In layman’s terms, this means that if you bet 100 on Francis, you would win 110 if he wins, while if you bet 130 on Gane, you’d get 100 if he should win. The odds have shifted quite drastically given while the talks of Francis and Ciryl were bought up, Ngannou was a -190 favorite.