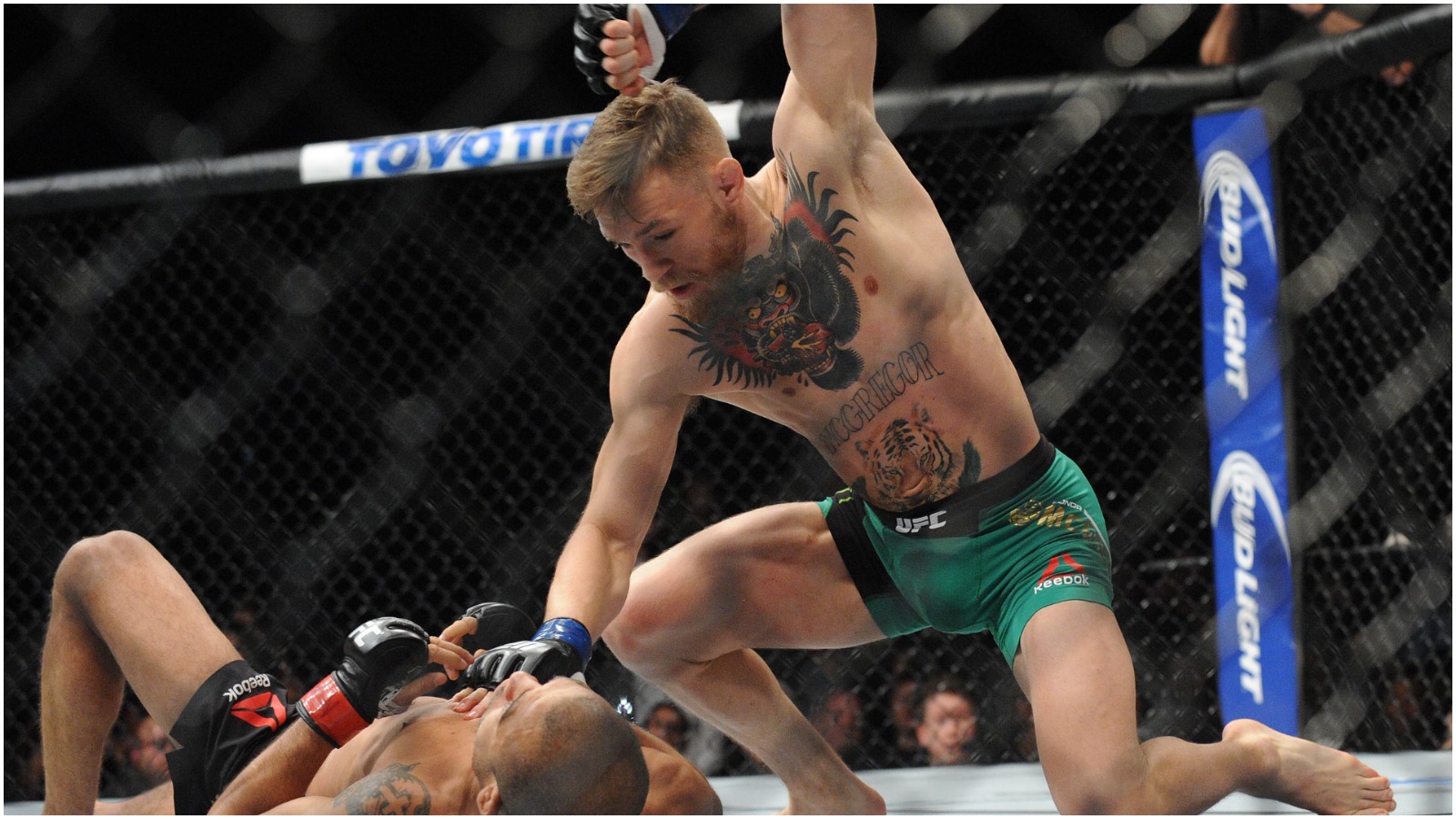 A Conor McGregor knockout is a thing of beauty. The Irishman is one of the most powerful lightweights of all time. The power generated from his left hand is second to none. In fact, he is considered to be one of the greatest modern knockout artists of all time.

A career that began in 2008, McGregor soon made a name for himself in the mixed martial arts scene. He fought his first 10 fights in his home country Ireland, before moving to the UFC in April 2013, which marked his fifteenth mixed martial arts venture. He currently has a record of 22 wins and just 5 losses. Of the 22 wins, a truckload of come via. knockouts and a handful in just seconds. So what is the fastest Conor McGregor knockout and how many knockouts does the Irishman have?

Conor McGregor fastest knockout: ‘The Notorious’ shakes up Jose Aldo in a jiffy

McGregor’s fastest UFC KO came in a title fight against Jose Aldo in the year 2015. It was UFC 194, and McGregor was set to face the high-flying and largely feared Aldo for the featherweight title. Though many gave McGregor a chance to win, not many thought it would end in ‘such a way’.

No sooner did the fight begin, than McGregor slept Aldo, knocking the Brazilian out cold. The time ‘The Irishman’ took? 13 seconds. Almost 1/5th of a minute was all McGregor needed to beat Aldo who had been previously on an unbeaten streak of 19. It was McGregor’s left hand that got the job done.

However, this wasn’t McGregor’s fastest KO in his MMA career. In fact, his KO of Jose Aldo is nowhere close to his fastest KO. His fastest KO came in just 4 seconds! It was against Paddy Doherty, during his time at Immortal Fighting Championship.

This knockout was very identical to the one he executed on Aldo, 4 years later. It was the same massive left hook that got the job done for ‘The Notorious’.

How many knockouts does Conor McGregor have?

The only time McGregor’s fight went the full five rounds was against the tough-as-nails Max Holloway. McGregor just couldn’t see off the slick and elusive Hawaiian, but still ended up winning via. unanimous decision.