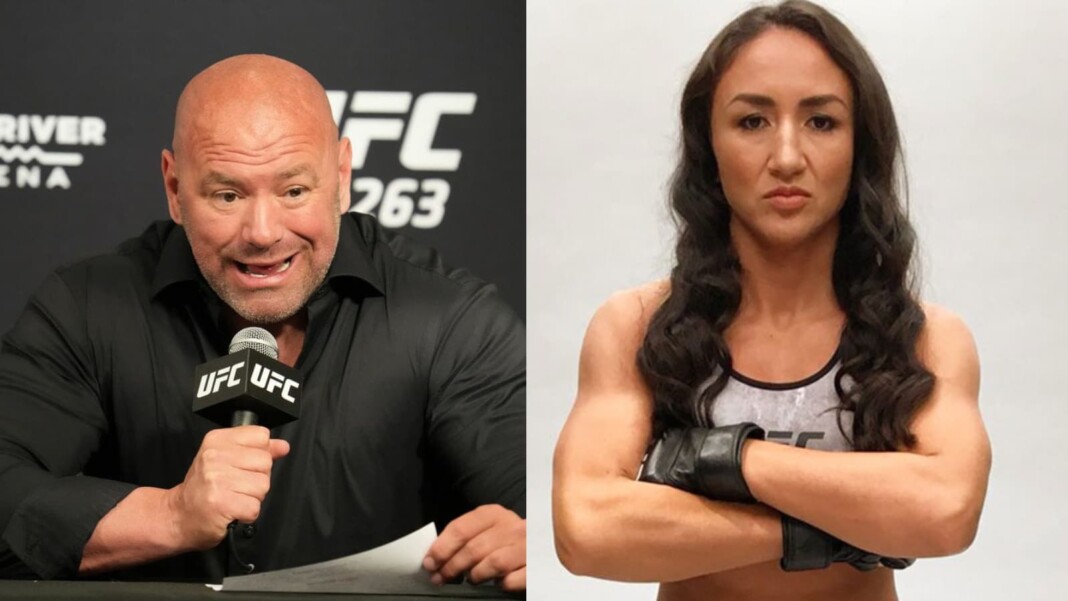 Esparza felt snubbed by the promotion when Zhang Weili was offered a rematch ahead of her. Weili just lost her title by first-round knockout to Rose Namajunas at UFC 261. Now the duo will face each other in a rematch at the co-main event of UFC 268.

According to Carla Esparza, UFC was trying to push Mackenzie Dern to fight for the title next but Dern is out of the title picture now as she lost her recent fight against Marina Rodriguez. Now, Esparza plans to sit and wait for the title shot but the UFC president Dana White thinks this is a bad idea.

In his latest interview at UFC Vegas 40 pre-fight press conference, White says, “I don’t ever agree with that, you’ve seen what happens in the past. When you sit out and try and wait for a title fight, it usually doesn’t happen.”

“Stuff never falls the way that it’s supposed to, and you end up sitting out for too long, and people start to forget about you, and it’s never a wise decision to just sit out. If you get offered a fight, you should take it.” {h/t MMA Junkie}

The former UFC women’s strawweight champion, Carla Esparza is planning her wedding in May but she doesn’t want to make any plans until UFC 268 happens. If Namajunas beats Weili in a rematch, Esparza believes she is next in line for the shot.

In her latest interview with MMA Fighting, Esparza added, “I definitely plan to wait for the winner of that fight and kind of see what shakes up at that point, If it came to a point where Weili won and they were like “OK, we’re going to do a rematch’ and then maybe it’s time for me to stay busy. But I’ve been waiting.”

“It’s been nearly seven years since I won my title. I’ve worked so hard to get back to this point and anything in a fight can happen. I’ve obviously shown that I’m willing to fight anyone and everyone in the division and I’ve been doing that my whole career. So it’s not a matter of being afraid to fight anyone. This is the opportunity of a lifetime and I don’t want to lose it to impatience.”

Also Read: “I think it really solidified me as the No. 1 contender” Carla Esparza flaunts her confidence as she is ready to fight for the title next.