The Youtuber turned professional, Logan Paul faced one of the greatest boxers of all time, Floyd Mayweather in a boxing match yesterday. Logan did the unbelievable and survived all eight rounds against Mayweather.

This exhibition match was successful in gathering a huge number of people to watch this match but the UFC president Dana White isn’t one of them. Ever since Paul brothers entered the combat sports, White has never missed an opportunity to take a shot at them.

Even Logan Paul facing one of the greatest boxers of all time, Floyd Mayweather didn’t change his mind. In his latest interview with UFC Arabia, Dana White says, “That wasn’t a f*cking boxing match,”

White continued, “Think about this — imagine if Kim Kardashian wanted to fight Amanda Nunes. How big do you think that fight would be? It would be huge. It would be the biggest event but give me a f*cking break.”

That’s why he kept UFC separated from things like this for years. White says, “It’s exactly what boxing has always been, You create this energy around a fight where you’re like ‘oh this is exciting’”

“Then you watch it and then you turn the TV off and go ‘I just wasted another evening, I should have went out and did something else.’ I don’t ever want people feeling like that when they turn the TV off watching some of our fights.” {H/T MMA Fighting}

Dana White continued, “You’re going to have the fans, you’ll have a card one night and they’ll be like ‘this card, blah, blah, blah.’ Then you watch the card and the card is unbelievable.”

“You get at least two, three or four great fights that probably didn’t expect. Then when you turn the TV off, you’re glad you watched it. That’s the product that I sell. That’s what I’m into.”

In the end Dana White concluded, “I’m not trying to sh*t on these other guys, Listen, if you’ve got people that are stupid enough to spend that kind of money, you deserve to take those dummies’ money. They deserve it.”

“The guys who went out and fought and got you to pay $50, they deserve your money. You’re stupid.” 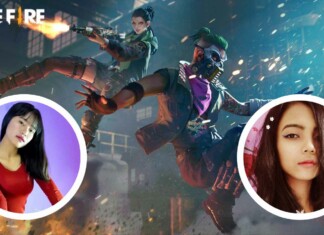