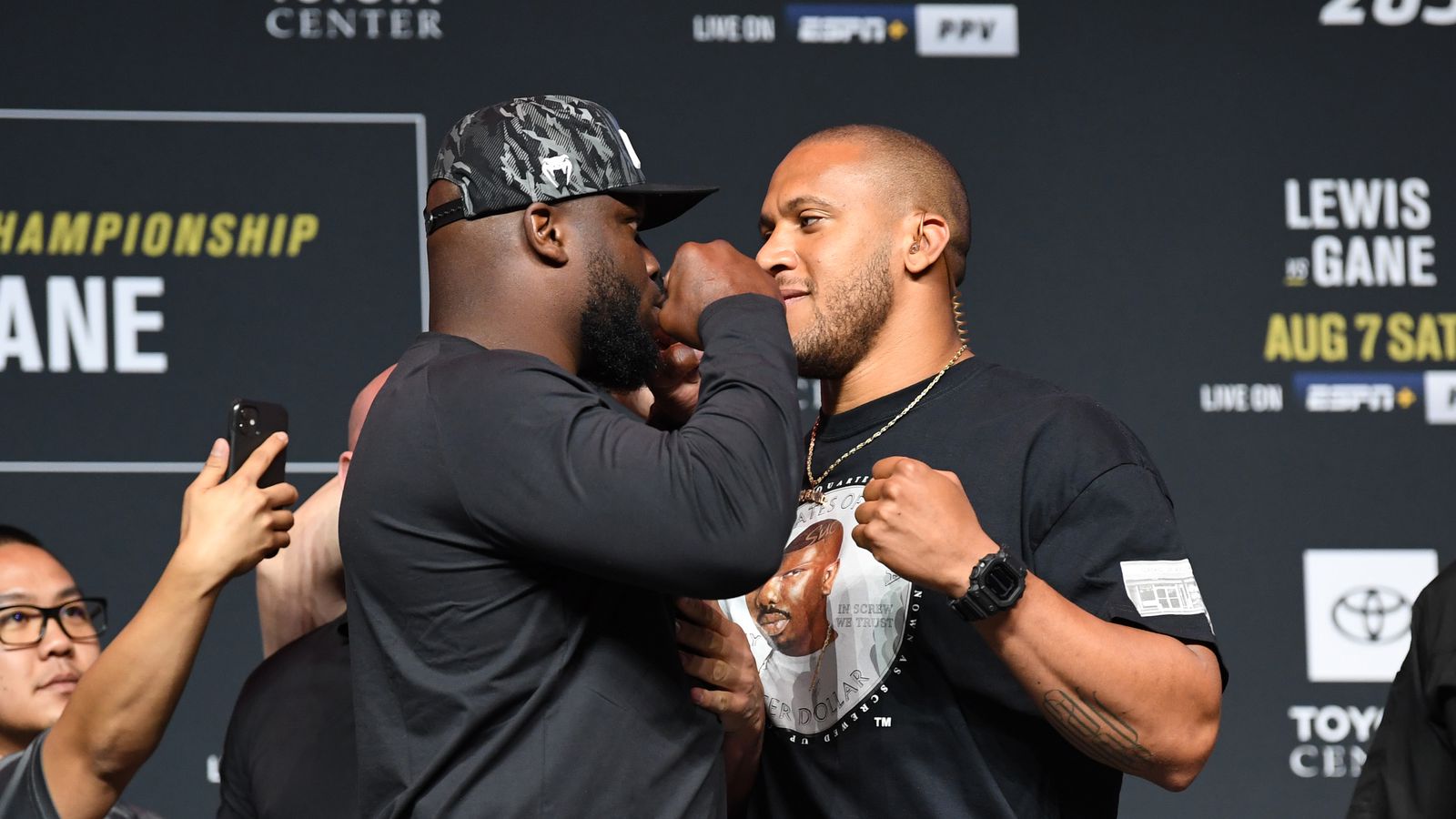 UFC 265 is only a couple of days away. The card is headlined by an interim heavyweight title fight between Derrick Lewis and Ciryl Gane. The event is scheduled to take place at the Toyota Center in Houston, Texas. Gane is ranked number 3 in the heavyweight rankings, while Lewis is ranked number 2.

The UFC 265 pre-fight press conference just went ahead. And the face-offs following the presser saw Derrick Lewis come up with some theatrics. ‘The Black Beast’ took the interim heavyweight title from UFC President Dana White’s hands, and posed with it implying that he would lay his hands on it, come Saturday Night.

Besides Lewis grabbing hold of the belt, there was not any heated moment between the two. All Gane could do was smirk uncomfortably, and try to give a mean look (he actually failed to do so). Had there been any scuffle Uncle Dana’s recently blown up ‘Popeye-arms’ would have come in to use.

Lewis is currently, on a four-fight win streak. He last defeated Curtis Blaydes, earlier this year in February. The vicious knockout victory cemented his place as a top-ranked heavyweight contender. At the age of 36, Lewis will be looking forward to making the best use of the interim title fight.

Ciryl Gane, on the other hand, hasn’t been tested in his MMA career so far. He is on a nine-fight winning streak (6 in the UFC). He is yet to lose a fight, with his record reading 9 wins and 0 losses. The largely technical heavyweight will be relying on his holistic abilities to see off the vicious power of Lewis.

Also Read: What are Kata and Kumite the two forms in Karate?