The Former UFC welterweight fighter, Nick Diaz came back inside the octagon almost after 6 years to face Robbie Lawler at UFC 266 He lost his fight against him in the third round. Due to his loss, everyone got a chance to say so many things and one of them is Adesanya’s coach Eugene Bareman.

Bareman expressed his feelings about Diaz’s loss to Submission Radio, he said, “I’m a little bit disappointed, I guess, “I mean, I came through the ranks watching Nick Diaz. And a guy who’s been out that long and apparently had six weeks to train with—Was it six years, I think? And then why did he only have a six-week training camp? That’s crazy. You can’t do that to someone.”

Ugene believes Diaz should not have competed in the first place, he continued, “Nick Diaz had no business competing at UFC 266 on a six-week training camp. It was only the legend of Nick Diaz and just his natural ability and heart that kept him in that fight as long as it did,” Eugene Bareman said. “You could see that he was just out of shape and he just wasn’t conditioned or ready for the fight.”

Many speculated that Diaz might be suffering from some kind of neurological damages, Eugene however, believes this is not something one can say so early, he said, “I’m not gonna speculate whether that’s because he’s gotten old, for the moment it’s a better guess for me to say it was just because he had six years off and he had a p*ss-poor training camp.”

“If you see that in his next fight after his training camp, then we can start to make some conclusions on that, but for now, the reason we saw what we saw I think we have to put it down to six years off and a very poor training camp. You can’t come to the conclusion that it’s just ‘cause he’s old or neurologically damaged.”

Also Read: “I was impressed, respect where respect is due,” Kamaru Usman was very impressed by Nick Diaz at UFC 266 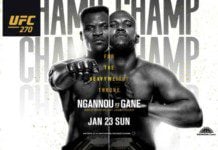 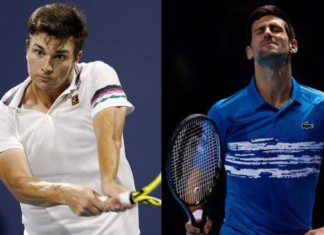