Henry Cejudo is very upfront and blunt about his opinions and he doesn’t give a damn about who is he talking to. Cejudo, who is a winner of an Olympic Gold medal and also has the UFC flyweight and bantamweight division titles, is a believer in speaking unabashedly.

He is also the only known person in MMA history to hold two division titles consecutively and also to defend them successfully. He defeated Dominick Cruz on 9 May 2020 and was able to defend his bantamweight title. He landed a powerful blow on Cruz and won via TKO. Cejudo announced retirement from MMA soon after that fight.

Cejudo had a tough childhood and did whatever it took to keep himself alive. He learned some self-defense techniques and it was a field that interested him the most. He wanted to get in the MMA and there was no turning back. Over the years, Cejudo has aged like a fine wine and has many achievements under his name.

The rivalry with Dominick Cruz continued well after that and it has now reached the commentary tables of the UFC.

Both Daniel Cormier and Dominick Cruz are commentators in the UFC, so it was quite a shock when people heard Cruz criticizing Cormier.

Watch the official interview of Daniel Cormier and Dominick Crux:

Cruz, best known for his in-depth analysis on the UFC fights carries out commentary just alongside Cormier. He said in an interview that Dan Cormier does not do his homework before watching a match. Cormier later said that all those allegations were baseless and a big lie.

He Henry Cejudo immediately rushed to his friend, DC’s side, and said, “Shut your damn mouth Dominick snooze. You must’ve not done your homework when I slept you. Did you forget about my Olympic gold then? Even Keith Peterson cant save you from your boring ass commentary. There’s a reason why you are still in preliminaries.”

Also read- “He is missing a lot of things,” Henry Cejudo provides details on preparing Jon Jones for his heavyweight debut 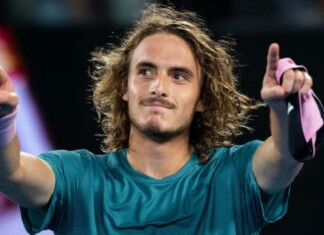