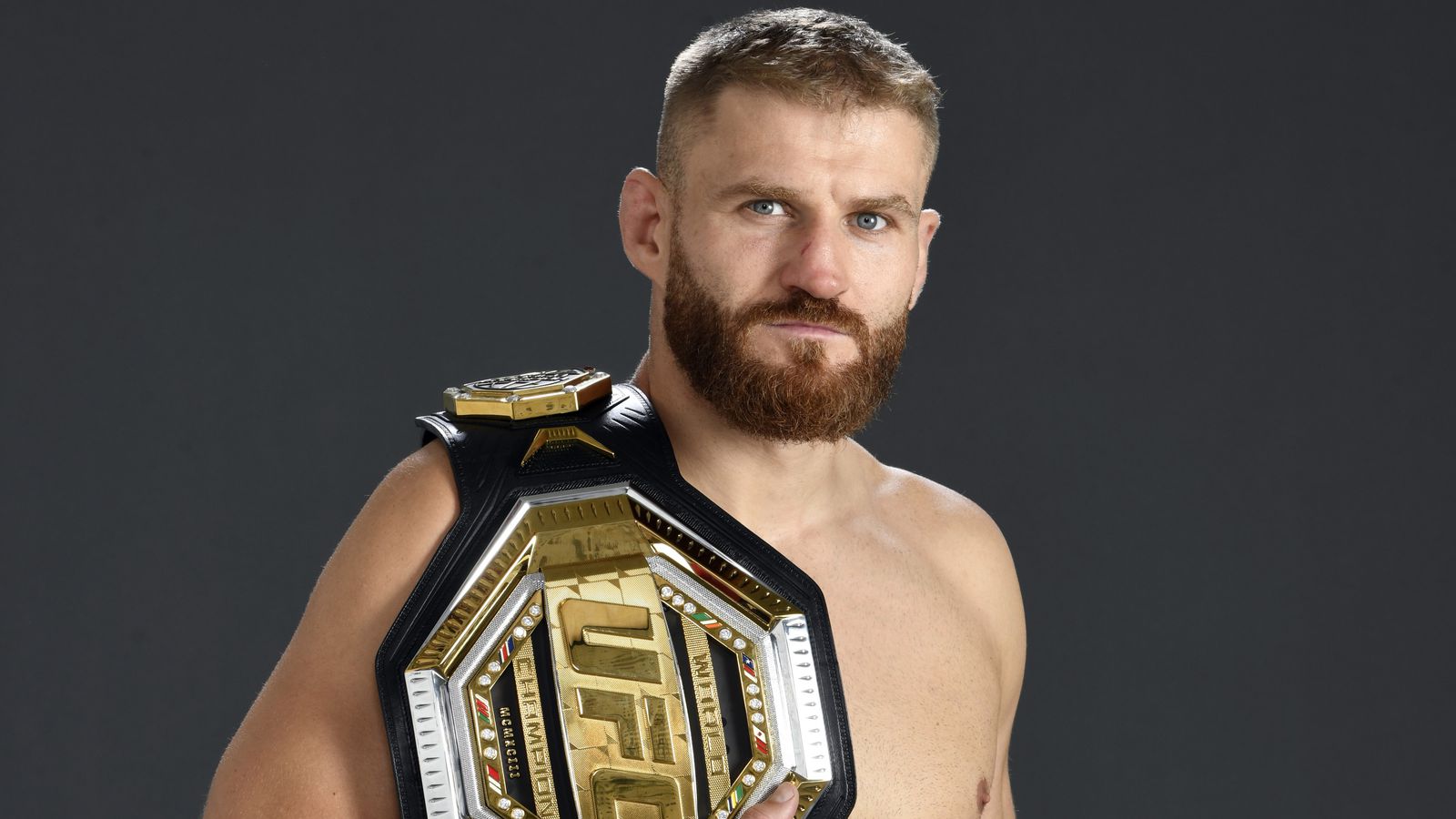 At the age of 38, Jan Blachowicz, the Super Pole, is a force to be reckoned with. He won the light-heavyweight championship in the UFC when he was 37, and it looks like he has just started. Known for his one-punch knockout power, Blachowicz will be looking forward to extending his title run when he takes on Glover Teixeira at UFC 267.

Here is all you need to know about Jan Blachowicz Net Worth, MMA Career, Income, Personal life, earnings, and more.

Jan Blachowicz Net Worth: The Polish Powerhouse has a net worth of approximately $3 million. His career earnings in the UFC alone is close to $2.2 million. The Pole’s biggest payday was his recent fight against Israel Adesanya at UFC 259. Having won the fight via. unanimous decision and successfully defending his light-heavyweight title, Blachowicz went home $540,000 richer.

On debut, against Ilir Latifi, which he won via. first-round knockout, Blachowicz made $47,000. As for his endorsements, Blachowicz earns quite a lot as well. He endorses several products like Zew for Men, which is a cosmetic brand. He also endorses Predator Energy Drink.

Jan Blachowicz made his MMA debut on the 25th of February, 2007 at FCP 3: Khalidov vs Troeng. He lost his very first match via. unanimous decision, but bounced back with 3 back-to-back wins at KSW Elimination 1, while also winning the KSW 2007 Light-heavyweight tournament.

After a series of title defenses at KSW, Blachowicz moved to the UFC and made his debut on the 4th of October, 2014 against Ilir Latifi. The Super Pole made a winning start, earning a TKO win in the very first round.

Blachowicz, then hit a rough patch. He won just 1 of his next 5 fights. However, he found form with a win over Devin Clark in October 2017. He then followed it up with three back-to-back wins that included victories over Jared Cannonier and Jimi Manuwa.

In 2019, Blachowicz suffered the first knockout loss of his career against Thiago Santos. And since then, he has been on an absolute tear. He knocked out Luke Rockhold at UFC 239 to get back to winning ways. He then beat Ronaldo Souza and Corey Anderson in quick succession.

The Pole’s surge earned him a title shot against Dominick Reyes, since Jon Jones, (Then-LHW champion) vacated his title. At UFC 253, Blachowicz beat Reyes to win the light-heavyweight title. Since then, he has defended his title once – against Israel Adesanya at UFC 259.

Jan Blachowicz was born on the 24th of February, 1983 in Cieszyn, Poland to parents Stanislaw Blachowicz and Krystyna Blachowicz. He began training martial arts, especially judo at the age of 9, primarily due to the influence of action movies. And boy did it pay off!

Blachowicz is married to Dorota Jurkowska. Jurkowska gave birth to their first child in December 2020. The couple named their son JJ. In a recent interview with TMZ Sports, Blachowicz revealed that fatherhood gave him a new dimension to life and has changed his life in a lot of ways.

Q. What is Jan Blachowicz’s net worth?

Jan Blachowicz has a net worth of $3 million.

Q. What is Jan Blachowicz nickname?

Jan Blachowicz is known as “John” and “Prince of Cieszyn”.

Q. What is Jan Blachowicz record?

Jan Blachowicz has an MMA record of 28 wins and 8 losses.

Q. What is Jan Blachowicz age?

Q. Where was Jan Blachowicz born?

Q. When was Jan Blachowicz born?

Q. When did Jan Blachowicz make his MMA debut?

Jan Blachowicz made his MMA debut on the 25th of February, 2007.

Q. Who is Jan Blachowicz wife?