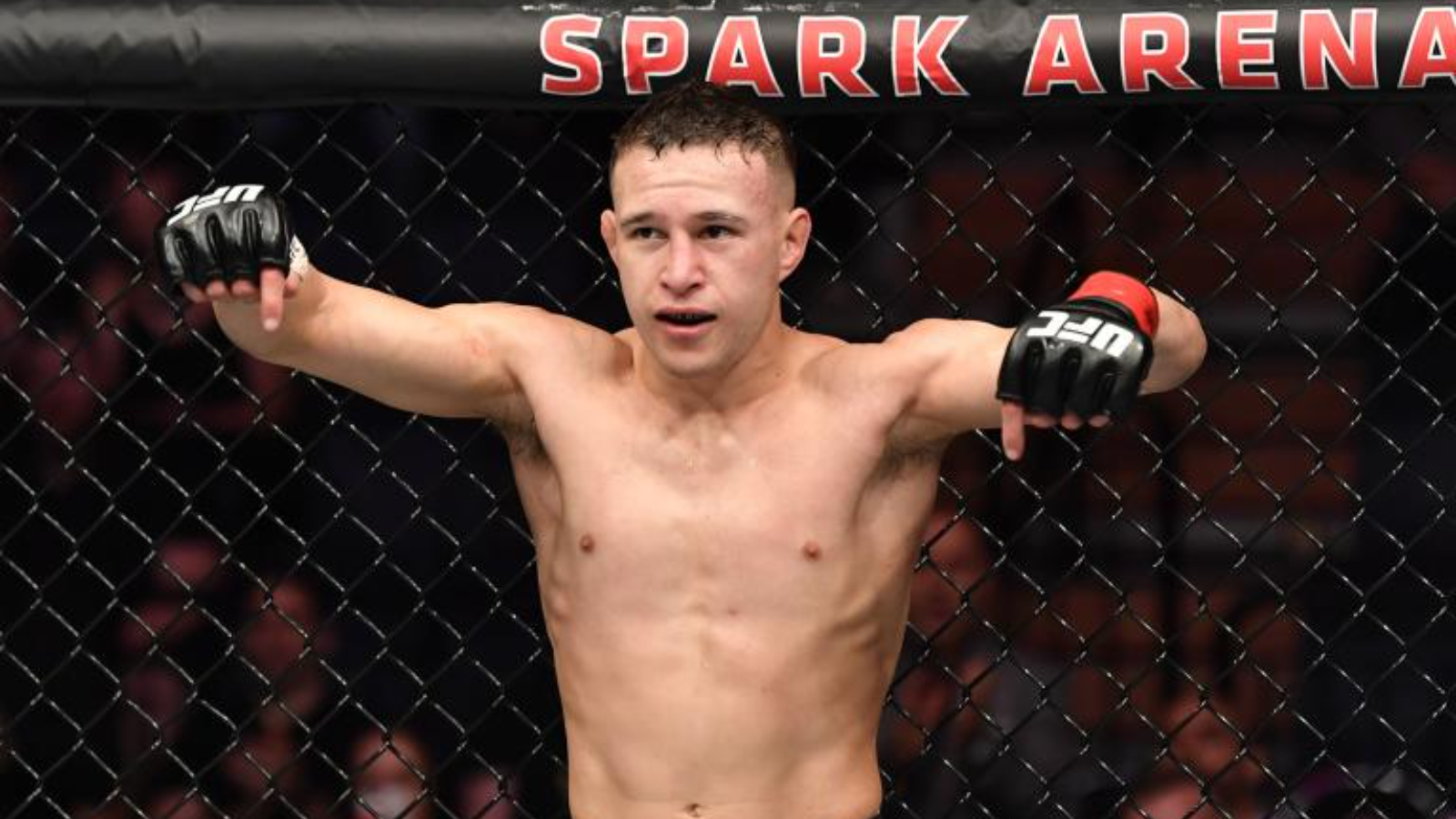 Here’s Kai Kara-France net worth and more! Kai Kara-France is one of the most exciting prospects to come out of the City Kickboxing Gym. The Auckland-based gym is used to excellence in the form of current champions Israel Adesanya and Alexander Volkanovski. It also trains other UFC main stays like Dan Hooker and Brad Riddell. Hence it’s safe to say Kai has a noteworthy team around him

As the young kiwi sets to rematch Brandon Moreno for the interim flyweight title, the hopes of a nation stand behind him in his question to become the second New Zealand-born fighter to become a UFC Champion (The first being Robert Whittaker.)

In that spirit let’s dive deep into the personal and professional life of Kai Kara-France the contender as he takes the biggest leap towards the championship belt.

Related: “You wish I was thinking about you”- Henry Cejudo nukes Kai Kara France for expressing interest in fighting the best bantamweight

Kai made his professional debut at the young age of 17 under an organization by the name of Supremacy Cage Fighting where he won via TKO. Since then he’s gone on to amass a record of 24 wins and 9 losses.

Kai was first noticed by the UFC when he entered the TUF house for its 24th season. He would win his first fight via TKO but would lose in the quarter-finals against Alexandre Pantoja sending him back into the international circuit.

He finally got the permanent call from the UFC after his 26th professional fight and managed to string up an impressive 3-fight win streak,  with a finish over former bantamweight champion, Cody Garbandt and a unanimous decision win over the hyped prospect, Askar Askarov. This has led him on the road to interim gold.

It is in fact developments in Kai’s personal life that have lighted a fire under him. He completely acknowledges that he had lost his first fight against Moreno, but that was a young man fighting to make a living rather than thinking ahead. During the lockdown, Kai tied the knot to longtime girlfriend Chardae B in a private ceremony.

The couple has a year-old son together. His name is Codi and is the reason Kai feels he has a rejuvenated spirit in him as he walks into this fight.

It’s always difficult to assess the accurate Net worth of MMA superstars since the payouts are rarely disclosed unless they’re under the California commission. However, we can out a rough estimate based on his reported payouts.

Kai has secured 3 performance bonuses in his career. His combined purses for these three fights add up to $260K. Along with this Kai secured another $102K for his performance against Askarov according to Sports Daily. Adding his UFC payouts alone, Kai has had career earnings upwards of $500k.

Kai will likely receive PPV points for the first time in his career at UFC 277.

Kai has several endorsements though he seems to have a special love for clothing brands. He has endorsement deals with YouKnowClothing, with whom he has released his personal line of KKF streetwear and Engage, a fight-wear brand.

Where was Kai Kara France born?

Kai was born in Aukland New Zealand and is of part Maori descent.

What is Kai Kara-France Net Worth?

Kai has an estimated Net Worth of around $500k

Also Read: “Bring back the gold”- Kai Kara France counts down to his upcoming clash against Brandon Moreno