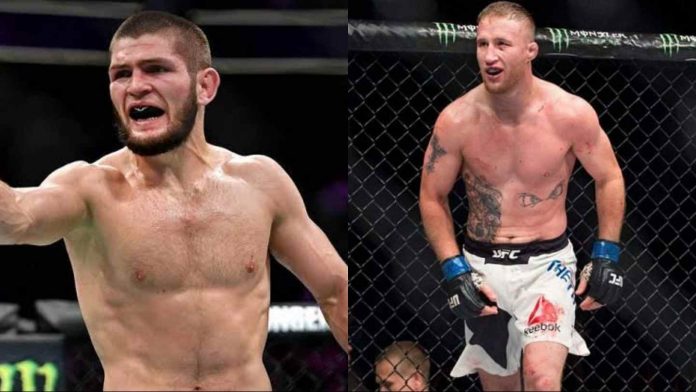 Khabib Nurmagomedov retired former lightweight champion made headlines for his reaction to Justin Gaethje believing that his victory over Michael Chandler at UFC 268 makes him the No. 1 contender to face the winner of the UFC 269 championship matchup between Charles Oliveira and Dustin Poirier.

He went on a Twitter war with Gaethje and made case for why Islam deserved title shot more than Justin, he said, “In last 8 fight, you got finished 3 times Justin. You had an opportunity to become champion, but you fell asleep. Islam is on the 9 win streak, 3 fight in 2021 and all finishes. Just shut up and admit that Islam deserves this title shot, not you.”

Khabib claims he don’t hate Justin and he believes he is one of the most talented and kindest person on the roster, he recalls the time when Justin helped him make weight for his fight, he said, “I respect Justin, I love this guy. This guy’s a very good guy. In 2016 when I was cutting weight for my fight with Darrel Horcher, he helped me cut weight for the last couple of days.”

“If you have a nine-fight win streak, you have to fight for the title,” Khabib Nurmagomedov speaks his mind on No.1 contender spot

Khabib said he don’t have any ill feelings towards Justin, he just expressed his opinion on the issue, and will stand by his views no matter what, talking to ESPN, he said, “I just shared with him my opinion. My opinion, Islam deserved. Of course, I understand Justin’s very exciting. He’s the real highlight. But my opinion is my opinion.”

He then expressed his views on the number one contender spot in the UFC. He added, “It doesn’t matter what weight class — lightweight, light heavyweight, any weight class in the UFC — if you have a nine-fight win streak, you have to fight for the title.”

Also read – “No one was even close,” 29-0 undefeated Khabib Nurmagomedov reveals the ‘most exciting fighter’ of the modern era UFC 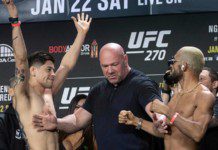 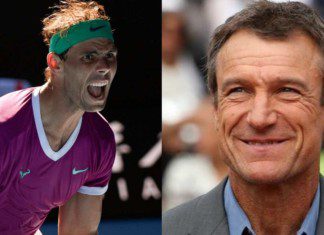