Khabib Nurmagomedov might have retired from the sport of MMA, but the accolades still keep tumbling. The ‘Eagle’ retired from the sport of MMA after beating Justin Gaethje at UFC 254 in October 2020. At the post-fight interview that night, he revealed that he would not be competing without his late father by the ringside. He also said that he had promised his mother that the Gaethje fight would be his last.

Following Khabib Nurmagomedov’s retirement, there were numerous rumors afloat that he might return to the Octagon soon. UFC President Dana White was hopeful of the same. However, after a meeting with the Russian, White confirmed on the 18th of March that he had (officially) retired from the sport, and wouldn’t be competing again.

It’s almost been 9 months since his retirement, and The Dagestani has won the ESPY award for the Best MMA fighter at the recently concluded ESPN’s ESPY awards. That one sparkling performance against Justin Gaethje at UFC 254 was enough to get him the honour. He won the award over other MMA hotshots like Amanda Nunes, Francis Ngannou and Rose Namajunas.

There is almost little or no chance that the Russian would return to the sport. He is a man of his word, and one can bet on life that he wouldn’t make a comeback.

The Eagle has been spending his time promoting his MMA promotion Eagle Fighting Championships, which he bought in December 2020. He has also got a really busy few weeks coming up, as his fellow Dagestani brother Islam Makhachev has an important fight coming up. Khabib’s cousin Usman Nurmagomedov fights this month as well. Time for coach Khabib to get busy.

Makhachev headlines the UFC Fight Night, this week. He is set to take on Thiago Moises of Brazil in a lightweight clash. Usman Nurmagomedov will be featuring at Bellator 263 in the last week of July. He is scheduled to face Manny Muro. 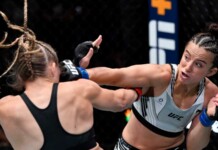 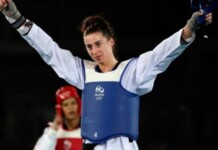