“They start to feel like they can rule your life,” Miesha Tate advised Aspen Ladd to break things off with her head coach 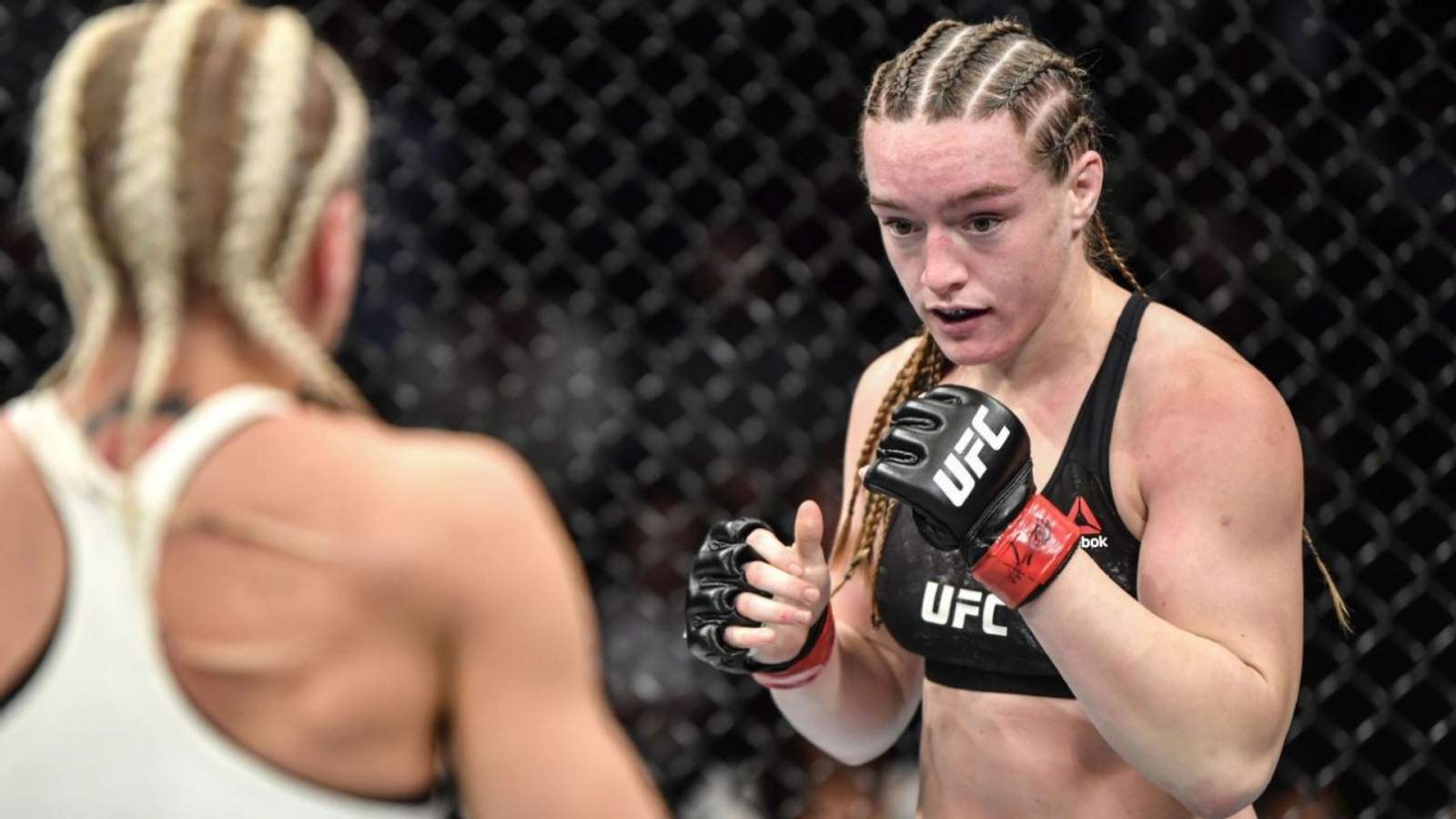 Miesha Tate is a veteran of the sport, and she offered some criticism towards rising female contender Aspen Ladd after she missed weight for her recent fight. Ladd then went on to face Norma Dumont in the main event, and she lost that fight.

Ladd’s coach also received some criticism for his attitude during the final round of her contest, Tate believes the issue stretches way beyond the boundaries of the octagon, talking to Ariel Helwani from The MMA Hour, she said, “People think that I’m crazy because they look at it and say, ‘Well the coach needed to be the coach, and he needed to be hard on her, and he needed to tell her the truth.”

“I feel like women gravitate toward a male figure,” Miesha Tate explains the problem Aspen Ladd is facing

When asked if fighters shouldn’t get involved in a relationship with their coach, Tate said, “It is, from my experience, generally problematic when a female fighter, especially younger, starts dating a coach,” she said. “The more the age difference, the more they become, sort of, hooks in, claws deep, and they start to feel like they can rule your life.”

She added, “But a lot of times, I feel like women gravitate toward a male figure that’s in their life consistently and trying to help them. But once it becomes a relationship, things become so entangled and so intertwined, and it’s very difficult not only to separate your personal life from when you go into the gym, but the gym from when you go home. That was my biggest problem was that the coach always came home. I lost the significant other, if you will, and it just became this mental game — it was 24/7.”