The UFC Welterweight fighter, Khamzat Chimaev made a spectacular return to the Octagon with a dominating first-round win against Li Jingliang at UFC 267. Chimaev has been out from the active competition for over a year due to lingering health issues because of COVID-19 but he blasted the arena with his powerful return.

This dominating performance of Khamzat Chimaev brought back all his hype and the narrative that no one in the top 10 would like to fight him next. But the number 8th ranked UFC Welterweight fighter, Neil Magny still wants to face Chimaev and for him, everything is still the same, even after his one-sided win at UFC 267.

Magny has been calling out Khamzat Chimaev before he faced COVID issues and he is ready to face him in December. In his latest interview with MMA Junkie, Neil Magny says, “I was going about my day after the fight happened and I was getting messages with the same old routine saying, ‘No one wants to fight this guy.’”

“‘I doubt on Monday when the new rankings come out that anyone in the top 10 will fight this guy.’ ‘He’s just a monster and everyone is going to do their best to avoid him, I’m sitting there reading these comments over and over again like, ‘What? No way”

Magny added, “I wanted to fight this guy a year ago.’ Nothing has changed today. He did come back, he did look impressive against Jingliang, but for me it adds fuel to the fire. It makes me want to fight him more than I did last year.” {h/t MMA Junkie}

Neil Magny holds a record of 18 wins in the UFC Welterweight division, which is the second-most wins in the division after Georges St Pierre (19) and he recently secured a win against Geoff Neal at UFC on ESPN: Rodriguez vs Waterson. Magny revealed UFC offered him a big fight on the 18th December fight card but the other fighter pulled out his name due to injury and in an ideal scenario, he would like to face Khamzat Chimaev on the same card.

Magny continued, “I was offered a fight for Dec. 18 and the fight ended up falling through because the opponent got injured shortly after. As of now, the UFC is working actively to get me a replacement for Dec. 18. So in a perfect world, this fight takes place Dec. 18.”

“He absorbed zero damage against Jingliang, and I think in my opinion that would be a good turnaround for him. I would give him ample time to get back in the gym and get ready to face a tough opponent like me and go out there and put out an amazing fight.”

In the end, Neil Magny concluded, “I want to go to war against a guy like Chimaev. I know for a fact that I can drag him into deep water and beat him. So, that’s what I’m looking to do against him.” {h/t MMA Junkie}

Also Read: “He was yelling crazy sh*t at me,” UFC President Dana White on what Khamzat Chimaev was talking to him mid-fight at UFC 267. 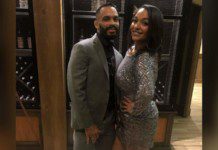 Rob Font’s girlfriend: Who is Kathryn Frias and how did she meet the UFC bantamweight fighter?