by FS Desk
in Boxing, UFC 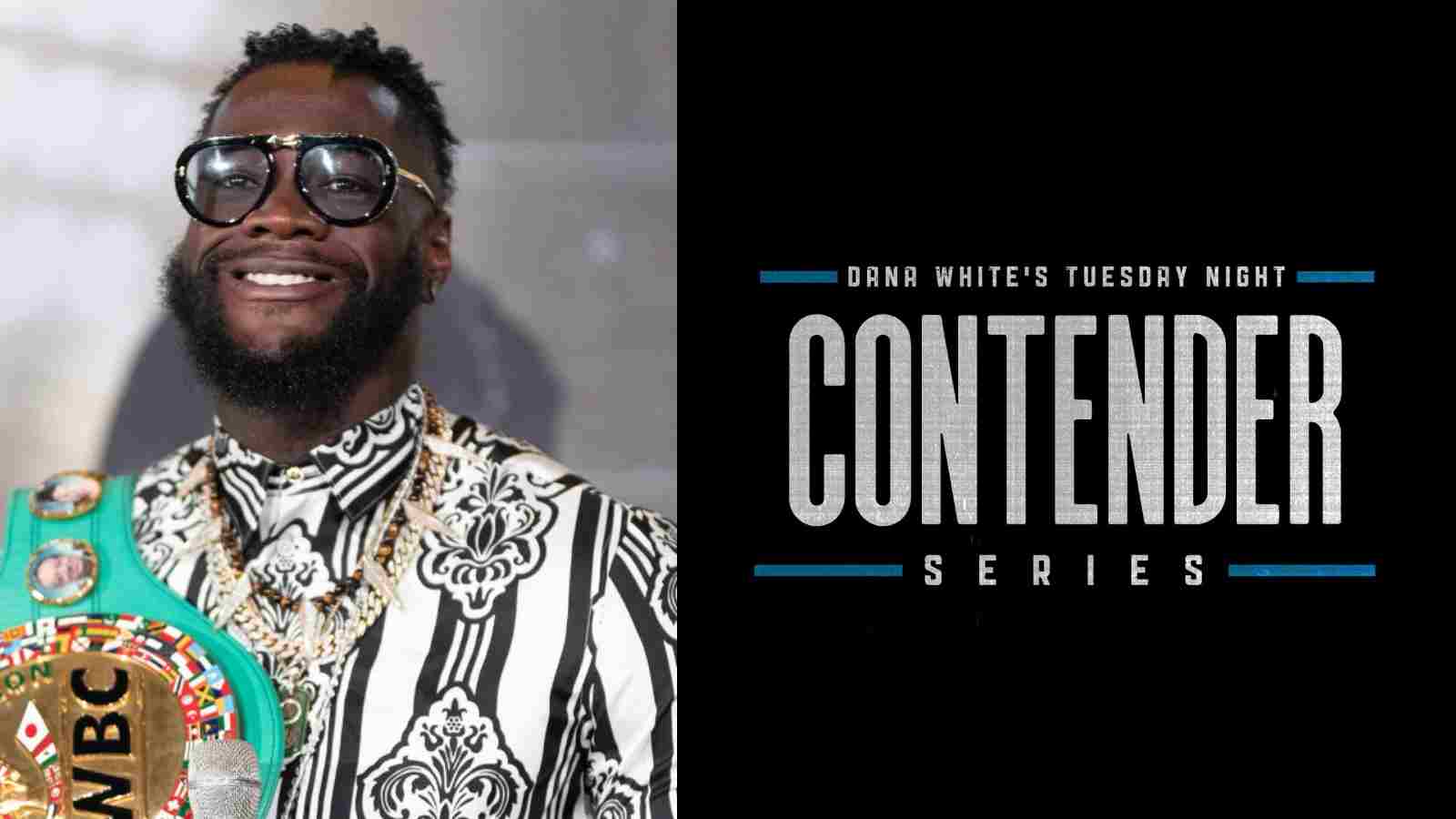 DWCS was formerly named Dana White’s Tuesday Night Contender Series. The first season started in July 2017 with 8 events. The DWCS airs on ESPN+. DWCS has had 6 seasons in total till now. The Venue is UFC Apex center in LAs Vegas, Nevada. A lot of DWCS alumni went on to compete in the UFC. Some notable names are Maycee Barber, Jamahal Hill, Ryan Spann, and Jimmy Crute.

On the other hand, Wilder is one of the best boxers currently in the world. With a record of 41-2-1, he is the former WBC heavyweight champion. His only loss was at the hands of the current champion and undefeated boxer, Tyson Fury. After his professional debut at the age of 23 on November 15, 2008, The Bronze Bomber rose to the ranks defeating everyone in the process to claim the title.

Related: Hilarious: Deontay Wilder shares a steamy moment with his statue in his hometown

Deontay Wilder came to see some violence at DWCS

With one Knockout, 3-TKOs and a unanimous decision Dana White awarded contracts to 5 of the fighters. With a brutal KO of Charlie Campbell in round 1 at 01:43. Chris Duncan closed the show with a statement impressing the UFC president.

The former WBC champion was in attendance at DWCS season 6 week 2. In a reel shared by the UFC on their official Instagram handle, with a caption, “The @BronzeBomber is here to see some knockouts 💣[ #DWSC is LIVE on ESPN+ ] Wilder can be seen enjoying the event. The former champion addresses the UFC fans in the video and states that he is enjoying the show and is there to see some knockout.

The Bronzer Bomber states, “What’s up everybody, it’s Deontay Wilder I’m here, right here at Dana White’s Contender Series. Ay, you already know what I’m here for. I’m here to see the knockout baby, so give ’em to me.”

Also Read: “I’d like to see him retire”- Tyson Fury hits out at Deontay Wilder amid talks of the latter’s return