“A champion, a legend”- Dustin Poirier, Kamaru Usman, and other MMA aces bids farewell to the legendary career of Joanna Jedrzejczyk 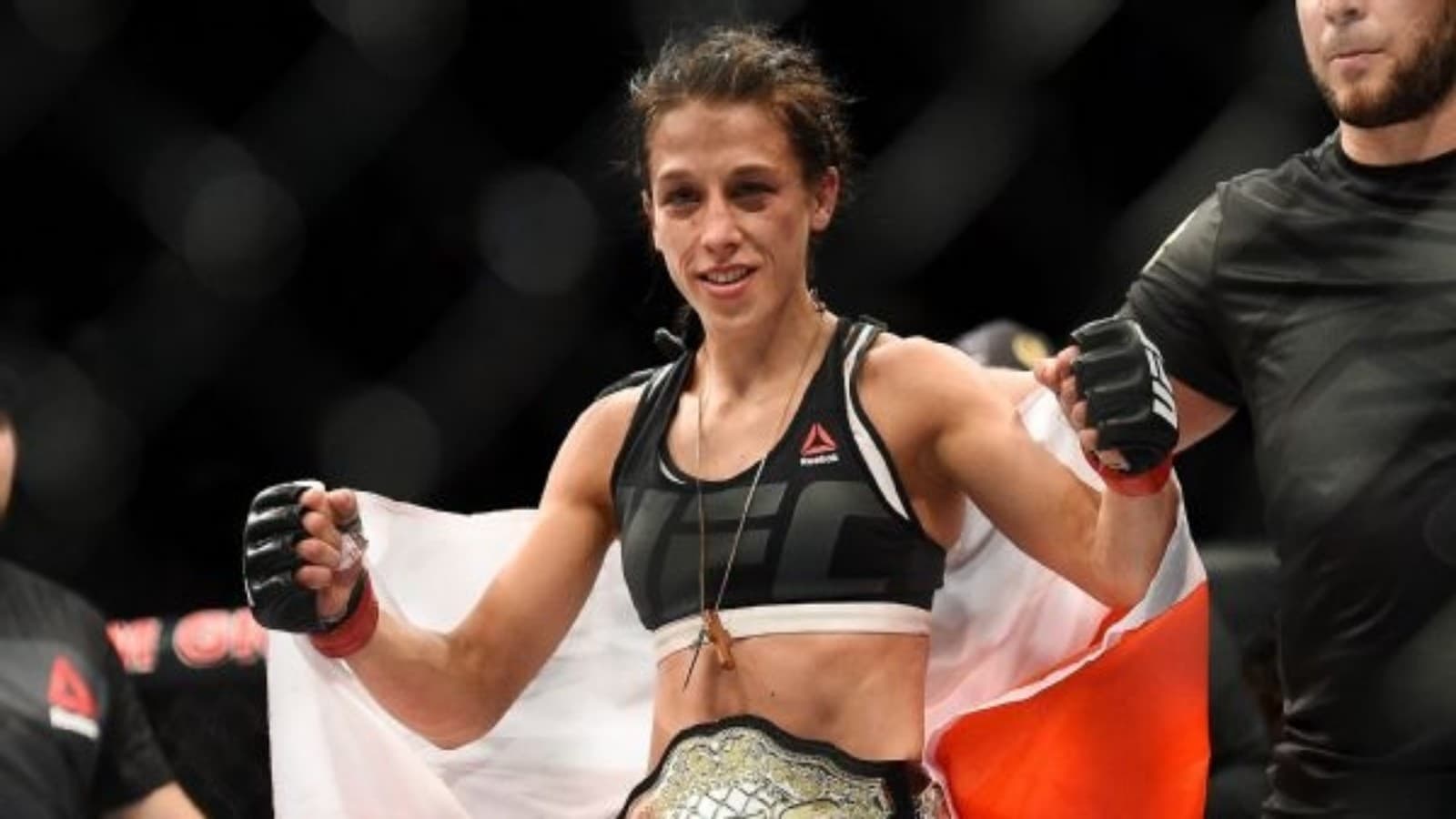 The strawweight rematch between Zhang Weili and Joanna Jedrzejczyk took place on the main card of UFC 275. The first fight took place back in UFC 248 when Weili won via unanimous decision and defended her strawweight title then during her championship tenure.

This time Jedrzejczyk was coming to take her revenge but it didn’t go the way she wanted. Both went all out from the start continuing from where they left last time and exchanged heavy shots. Jedrzejczyk dropped Weili once but the fighter managed to reverse it by taking Jedrzejczyk to the ground.

In the second round, Jedrzejczyk missed one attempt and was caught by a counter from Weili. A spinning backfist that landed perfectly on the chin and floored Jedrzejczyk.

It was Jedrzejczyk’s fifth loss in the last seven fights and consecutive loss against Weili. After two years of hiatus, Jedrzejczyk recently signed a new contract with UFC but now it seems like it has no use as the fighter has decided to retire.

It was an emotional moment for everyone in the arena, and fans couldn’t help but pay their respects to one of the best mixed martial artists to ever step inside the octagon. MMA aces also poured down in support of the former champion. Megan Olivi left a heartfelt message for Joanna. She Tweeted, this:

Kelvin Gastelum is a fan of Joanna, and he wished him all the best for her future. He tweeted this:

Joanna’s teammate, Dustin Poirier thanked her for all she’s done for the sport, he tweeted this:

UFC’s pound-for-pound king, Kamaru Usman wished her well for her future. He tweeted this:

Belal Muhammad is still in awe, and he tweeted this: