“She is not the double champ!” – Fight fans react to Amanda Nunes reclaiming double champ status after terrific win at UFC 277 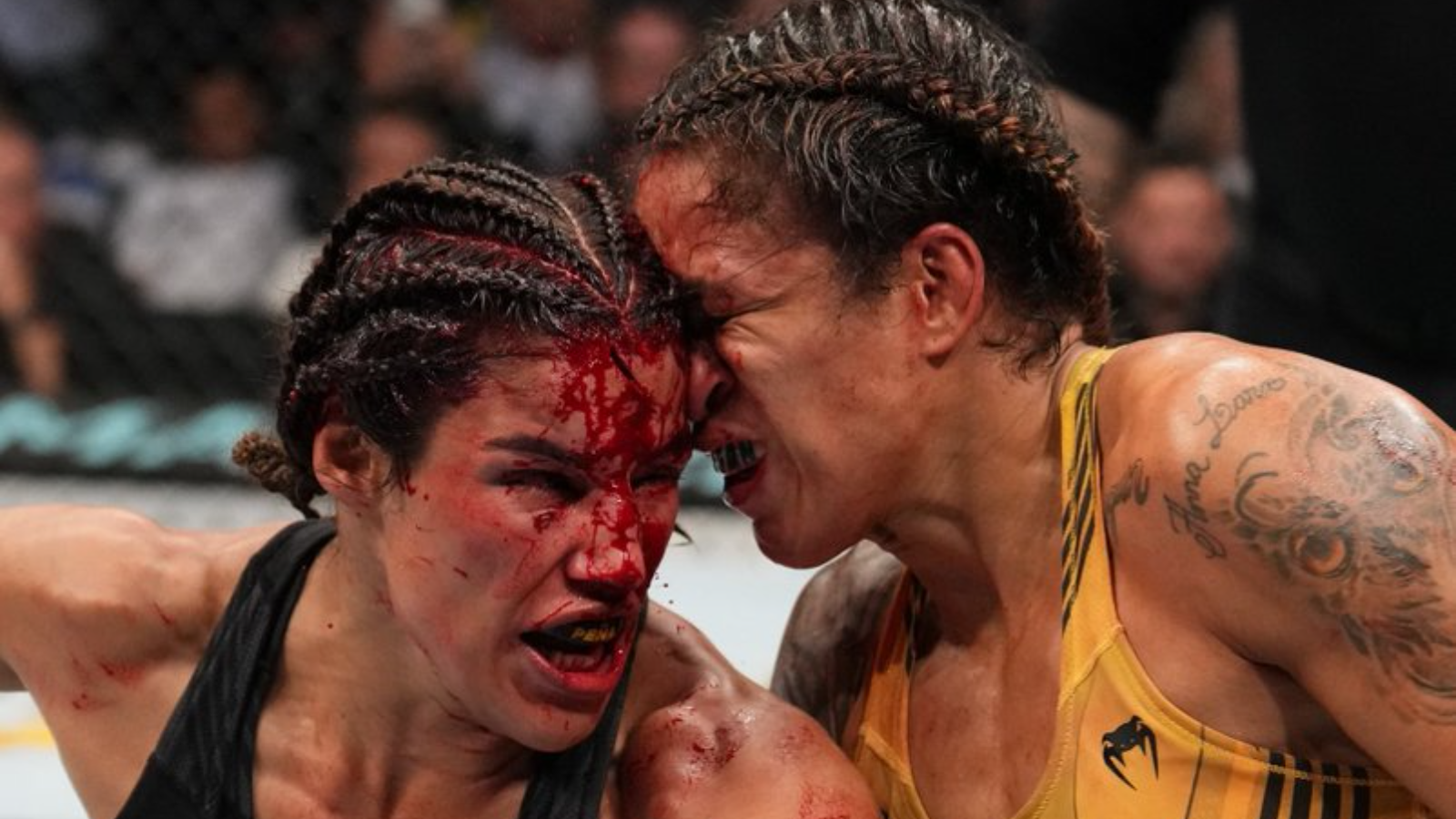 Amanda defeated Pena via a lopsided unanimous decision victory after having rocked the Venezuelan Vixen many times throughout the five rounds. Amanda was never the underdog in this fight despite losing via submission to Pena at UFC 269 during their first meeting. Julianna was very confident heading into this fight but GWOAT came prepared to her belt back. Pena also had a few attempts at submitting Amanda once again but just could not capitalize on it.

Amanda Nunes defeating Julianna Pena at the American Airlines Center in Dallas, Texas not only helped her reclaim her bantamweight belt, but she writes her name in another record to become the first fighter ever to become the double champ twice. The women’s UFC is back to normalcy as Nunes now holds the featherweight and bantamweight titles. Many would argue that Nunes’ featherweight title holds absolutely no value given there are barely any contenders in that division.

This is Amanda’s 10th title fight victory in her UFC career which puts her on the list of greats. Fight fans always have the best reaction on Twitter during UFC events and they did not disappoint this time. The fans had some amazing reactions to the main event fight after Amanda bullied Julianna for five rounds. Check out some fan reactions to this amazing main event fight at UFC 277.

Also read “Flyweights are back baby” – Jorge Masvidal, Henry Cejudo, and others react to Brandon Moreno setting up historic tetralogy fight against Deiveson Figueiredo at UFC 277