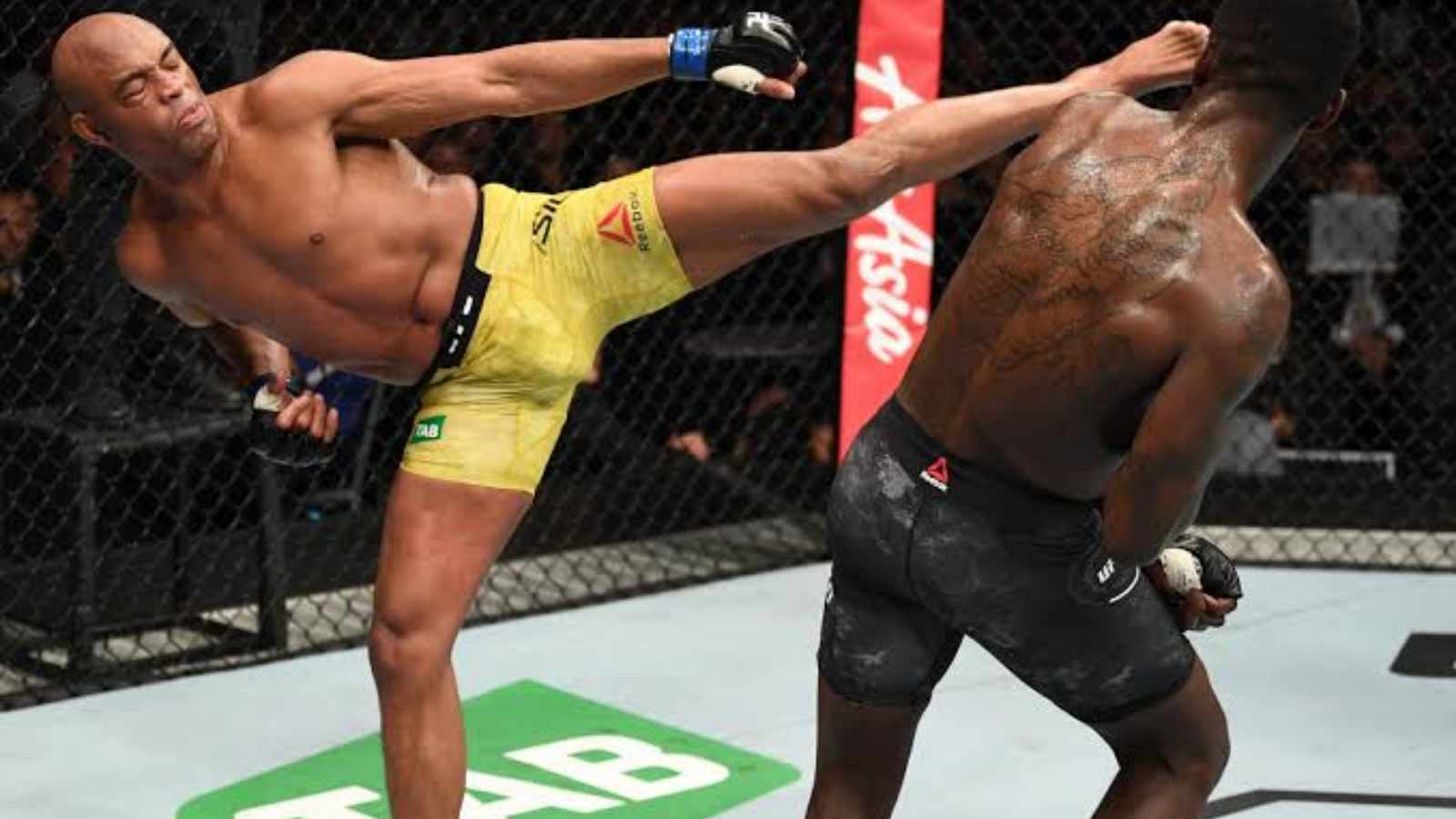 Israel Adesanya and Anderson Silva faced each other at UFC 234 at the fight was huge for both the fighters as well as for the fans. Izzy is a big fan of Silva and has always followed his career as a young MMA fighter. However, it was an opportunity for him to fight his hero and try to win with style.
The fight was very technical and both the fighters showed impressive skill sets. In the end, Izzy won the fight via unanimous decision and also earned the Fight of the Night award bonus.

Adesanya has revealed that the fight was very important in his career as for him it was Silva who transferred him the torch to carry forward. Adesanya has since dominated the entire division and won the Middleweight championship.

Adesanya recently gave an interview with BT Sport where he went through all the best highlights of his career so far. While discussing the fight between him and Silva, Adesanya explained the moment he was rocked by the veteran.

Adesanya remembered that when he took that shot he saw three Silvas standing in front of him. Izzy mentioned that after that shot, Silva tried his best to finish the fight and Adesanya just maintained the distance. Izzy at that moment tried his best to evade the ‘Spider’.

” He got me there and then off we drive again and boom!! and then I saw three Silvas there and the he knew I was hurt and the he was trying to finish the fight and I was like okay just maintain your distance, do not get finished by the spider.”

It was surely one of most iconic moments in the decorated career of the ‘ Last Stylebender’. Fighting against Silva and winning and putting on a great show for the fans was extremely impressive.

Also Read: “What a glorious death”- Israel Adesanya reveals he was ready to die or kill at UFC 236