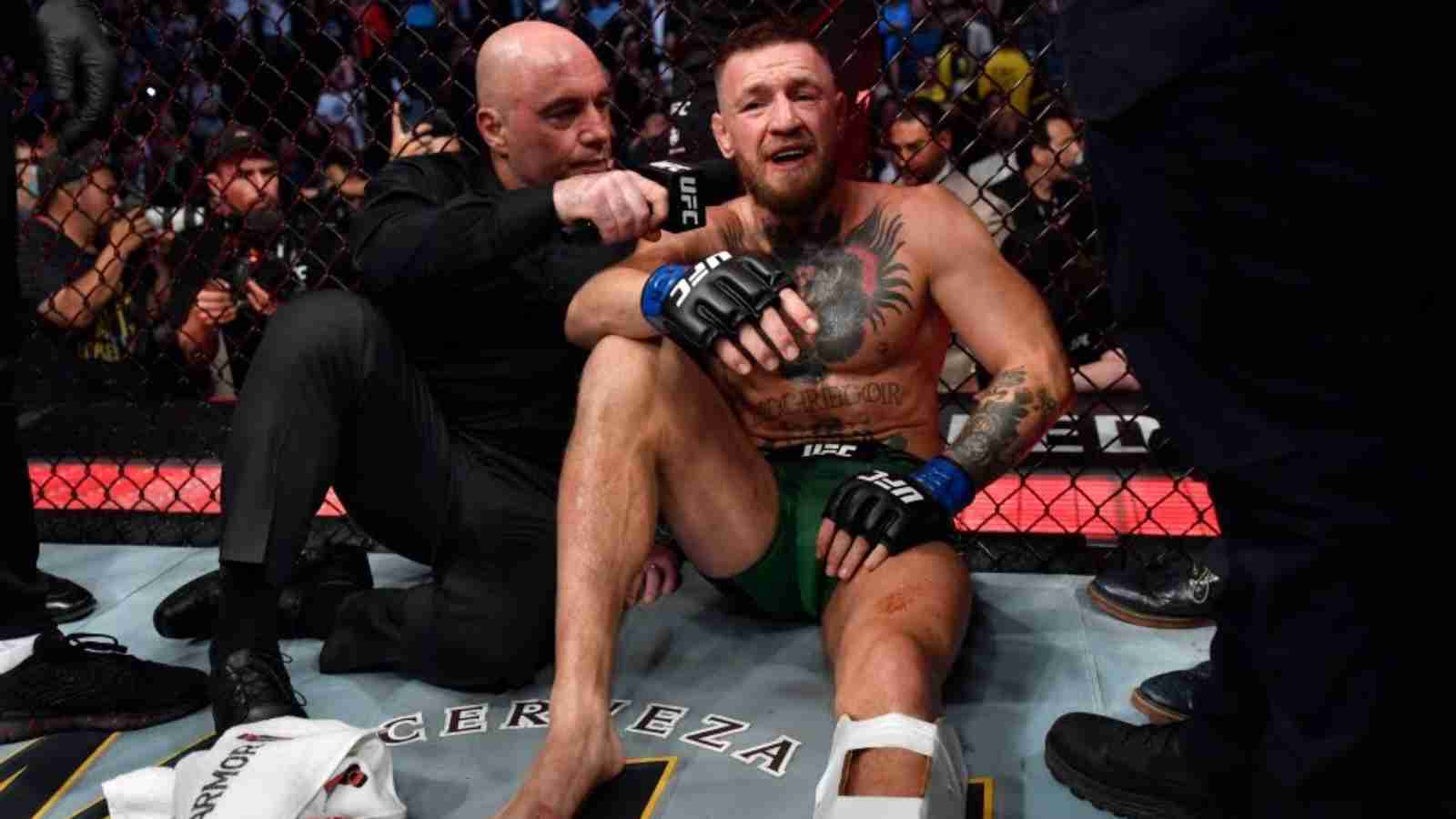 McGregor being interviewed by Rogan while having broken his tibia

Joe Rogan has served the UFC since 1997. While he interviewed fighters early on, at UFC 37.5, Rogan made his debut in the commentary booth. Since then, the veteran broadcaster has been a mainstay in the promotion. Over the years, Rogan has called many historic fights in the UFC.

While he has created a special relationship with the promotion, Rogan’s commentary is also enjoyed by the MMA masses around the world. A martial artist himself, Rogan provides a unique insight into the fights which would probably be missed otherwise. This skill of Rogan has earned him many fans and even prominent fighters in the sport respect his commentary.

However, like any famous celebrity, Joe Rogan also receives his fair share of criticism. While social media hate is a common thing public figures have to deal with, Rogan was once subject to criticism from former two-division champion Conor McGregor. During an event, McGregor expressed his displeasure over how Rogan called some of his fights. The Irishman said, “He’s a great man, he’s got a great following, he’s got crazy insight, great guests, maybe at some stage of the game [I’ll be on his podcast] who knows?”

Conor McGregor’s criticism of Joe Rogan is not the first time the UFC color commentator was put under the sport. Former UFC middleweight title challenger Marvin Vettori once criticised Rogan for having bias in his commentary.

During Israel Adesanya’s fight against Jan Blachowicz at UFC 259, the Nigerian fighter wasn’t able to bring out his best. While ‘The Last Stylebender’ went on to lose a decision, fans felt that Rogan and the commentary team were biased to Adesanya. Standing a testament to the same was Marvin Vettori.

In a tweet, Vettori wrote, “Commentary is so bias is unbelievable, makes me hate this sh*t.” Many fans seemed to agree with Vettori. Highlighting Rogan’s bias, a user wrote, “joe rogans 100% giving izzy a bj after the fight.”