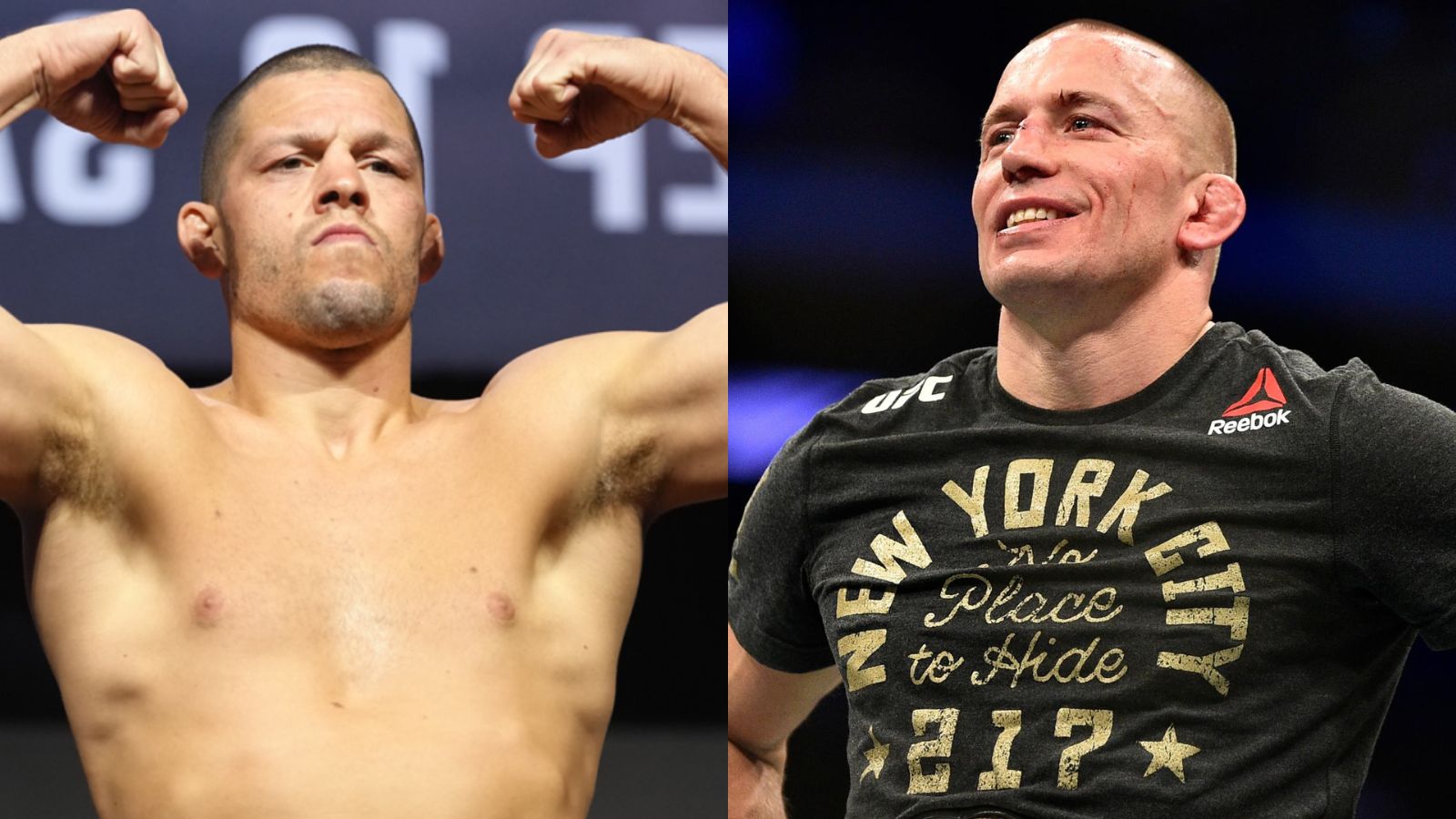 Nate Diaz might be having a lot of people in his mind to look up to as a guide to trace his life after an illustrious UFC career. Georges St-Pierre might be the most suitable person to learn a thing or two from. Diaz has recently ended his 15-year-old UFC career by fighting the last fight of his last UFC contract at UFC 279 when he submitted former interim-UFC lightweight champion, Tony Ferguson, in the fourth round of the main event.

Diaz is the younger brother of MMA legend Nick Diaz, who is also one of the former opponents of Georges St-Pierre, the UFC Hall of Famer and one of the longest reigning champions in UFC history. By consensus, the greatest welterweight fighter of all time and the greatest Canadian fighter of all time, St-Pierre once held the record for the most wins in UFC history. He is now a successful ambassador for the promotion of Combat Karate.

Also Read: Georges St-Pierre reveals the 2 fights UFC FAILED to materialize against him before retirement

In an interview with The Schmo, St-Pierre talks about training with John Danaher and his team, formally known as the Death Squad, his UFC 280 main event predictions, reacts to the loss of fellow Canadian fighter Elias Theodorou, Khamzat Chimaev‘s weight miss at UFC 279 and much more. In the midst of all, St-Pierre also talks about Nate Diaz leaving the UFC octagon for possibly once and for all historically and what’s next for the latter.

“I’m very happy for him,” says St-Pierre. “He came out on top, a beautiful ending. Whatever he does next it’s up to him, but he’s got the power to choose what he wants to do and he’s going to be paid accordingly, you know what I mean? So you need to be smart in this business and what I’m saying to the young fighters is, you should retire from the sport, not let the sport retire you…” continued St-Pierre.

What do you make of St-Pierre’s thoughts on Diaz’s farewell to the UFC? What do you think is next for Diaz? So far, Diaz is interested in being a promoter-since he has filed for a promoter’s license in Nevada- and might also be seen competing in the sport of boxing on an exhibition level. Do you think there’s something else that Diaz can do? Where do you put Diaz amongst the most fan-favourite fighters of all time? Where do you put St-Pierre amongst the greatest fighters of all time?