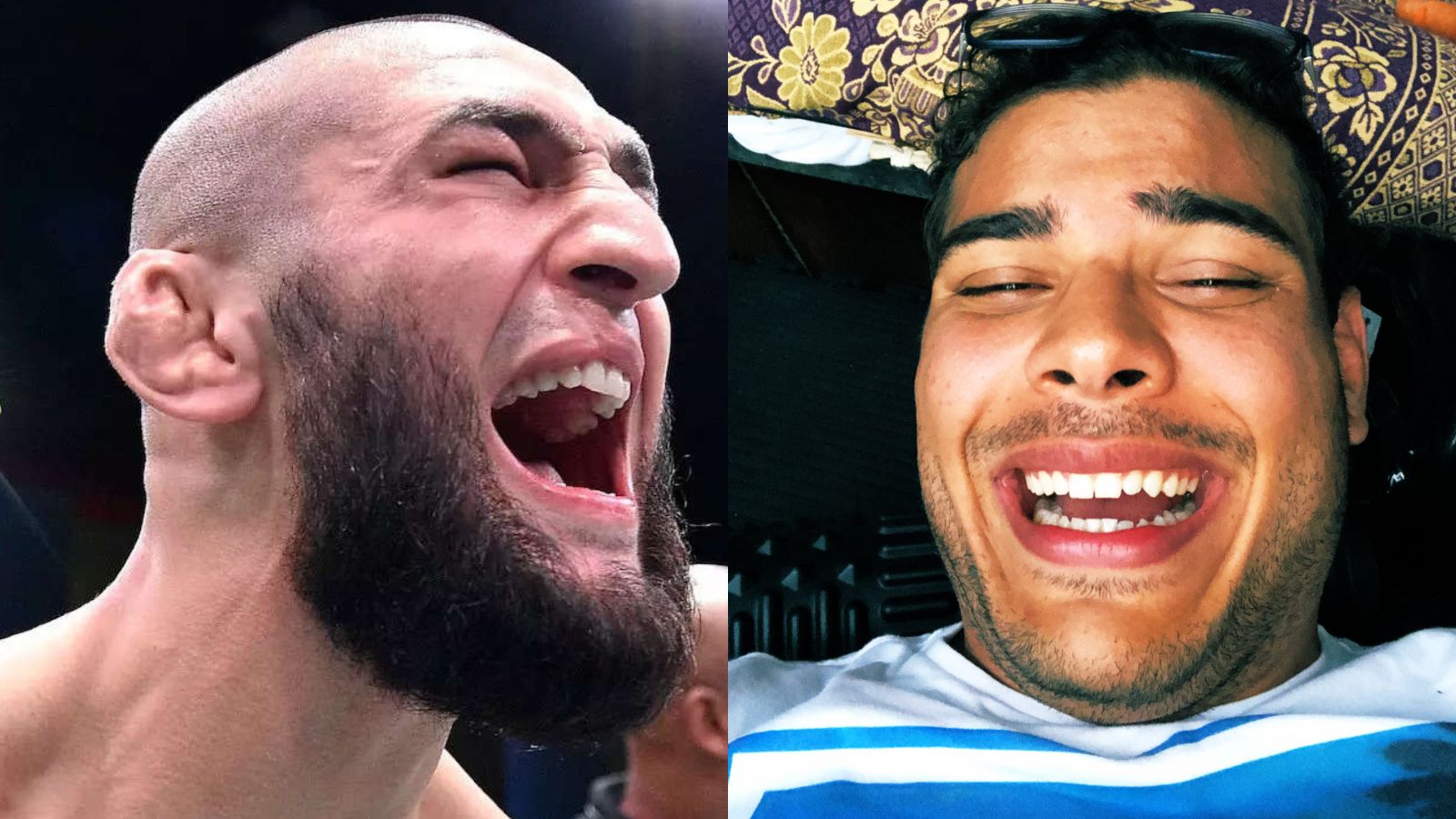 Looks like besides getting a title fight, Paulo Costa has set his eyes on an alternative target as well- to provoke Khamzat Chimaev into fighting him. Costa and Chimaev had gone back and forth at each other on Twitter but their confrontation at UFC PI during UFC 279 fight week is what turned this online beef into a legit bad-blooded rivalry. Costa wants to fight Chimaev to such an extent that he even went on to say on record that he is responsible for Chimaev’s infamous weight miss at UFC 279 that led to interchanging opponents on the main card.

In an interview with The Schmo, Costa talks about losing the liver-eating contest against The Liver King, who he would fight next if not Chimaev, taking Chimaev’s cap from The Schmo’s studio and much more. In the midst of all, Costa also talks about why Khamzat Chimaev won’t be willing to fight him inside the Octagon at middleweight.

Chimaev is 12-0 undefeated with 11 finishes and is already the #3 ranked welterweight in the UFC rankings, he has wins over the likes of Gilbert Burns, Gerald Meerschaert, Li Jingliang, Kevin Holland and many more. Due to his weight-cutting issues, chances are that Chimaev may soon move permanently up to middleweight, where Paulo Costa is waiting desperately for him. Costa, the former title challenger, is known for his wins over the likes of Yoel Romero, Luke Rockhold, Johny Hendricks, Uriah Hall and many more.

In the same interview, Costa was also asked if he would be open to fighting former UFC middleweight champion Robert Whittaker in case the Chimaev fight doesn’t come to fruition and he instantly replied “I think he would be a great fight.” Whittaker is known for his wins over the likes of Marvin Vettori, Jared Cannonier, Kelvin Gastelum, Darren Till, Uriah Hall, Derek Brunson, Ronaldo Souza, Yoel Romero and many more.

Also Read: “Reached out to both-” Bellator MMA’s Scott Coker gives an update on Logan Paul and Jake Paul’s pursuit of MMA

What do you make of Costa’s theory on Chimaev’s possible reluctance for a fight? Where do you put Costa and Chimaev amongst the most entertaining fighters on the current UFC roster? Who do you think would win in their fight?