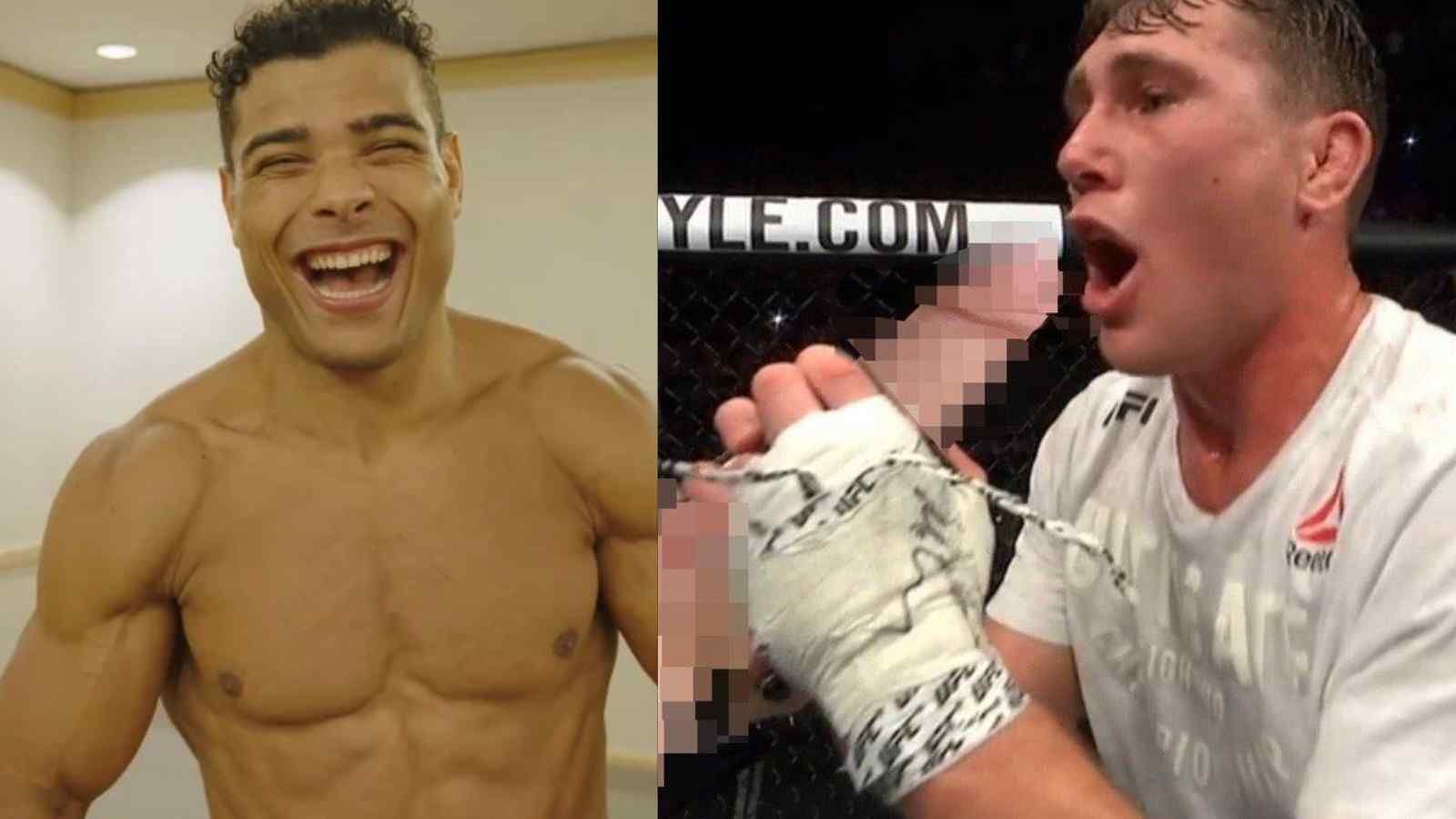 Paulo Costa and Darren Till

Paulo Costa has fastly become the internet’s favorite fighter. The Brazilian has transformed into a proper meme-head and has been trolling his peers left, right, and center. Darren Till, UFC middleweight gets a taste of Paulo’s medicine.

The “tough guy” character clearly did not work for Brazilian middleweight Paulo Costa. Soon after the Israel Adesanya defeat, the fighter began to embrace his true personality and become more active than ever on his social media. From YouTube vlogs to constant Twitter “sh*tposting”, “Boranchina” is MMA Twitter’s new favorite fighter.

However, Paulo is not alone when it comes to trolling on the internet. His middleweight peer in the UFC, Darren Till is an expert himself and always welcomes good banter on the Twitter feed and DMs. Costa must’ve been on a mission to test the scouser’s thick skin as he posted a vile meme of Till on his feed.

Paulo posted the iconic picture of Till after his London fight and photoshopped a picture of a penis onto his hands. “Chen Chen needs Islam brothas by his side,” wrote Costa in his caption.

Chen Chen needs Islam brothas by his side 🙏 pic.twitter.com/tEpfczhAUg

Read more: Paulo Costa reveals a surprising past job as an IT Consultant that he held for over 1 year

Darren is always down for scrap and it doesn’t matter if it is against the Brazilian monster. “Wanna piece of this?” asked Till to Paulo who posted a troll of the Liverpool fighter. “Hey brotha let’s do a Onlyfans collab? 50/50” hilariously responded Costa to Darren’s call out.

Paulo recently started a feud with Darren’s training partner from Sweden, Khamzat Chimaev. The two had a heated exchange at the UFC Performance Institute in Las Vegas and Costa perfectly set up his beef right in time before the Chechen fighter hinted at a move to the middleweight division.

It seems like we will get to see a Costa vs Chimaev fight before the Costa vs Till fight. Which one would you want to see first?