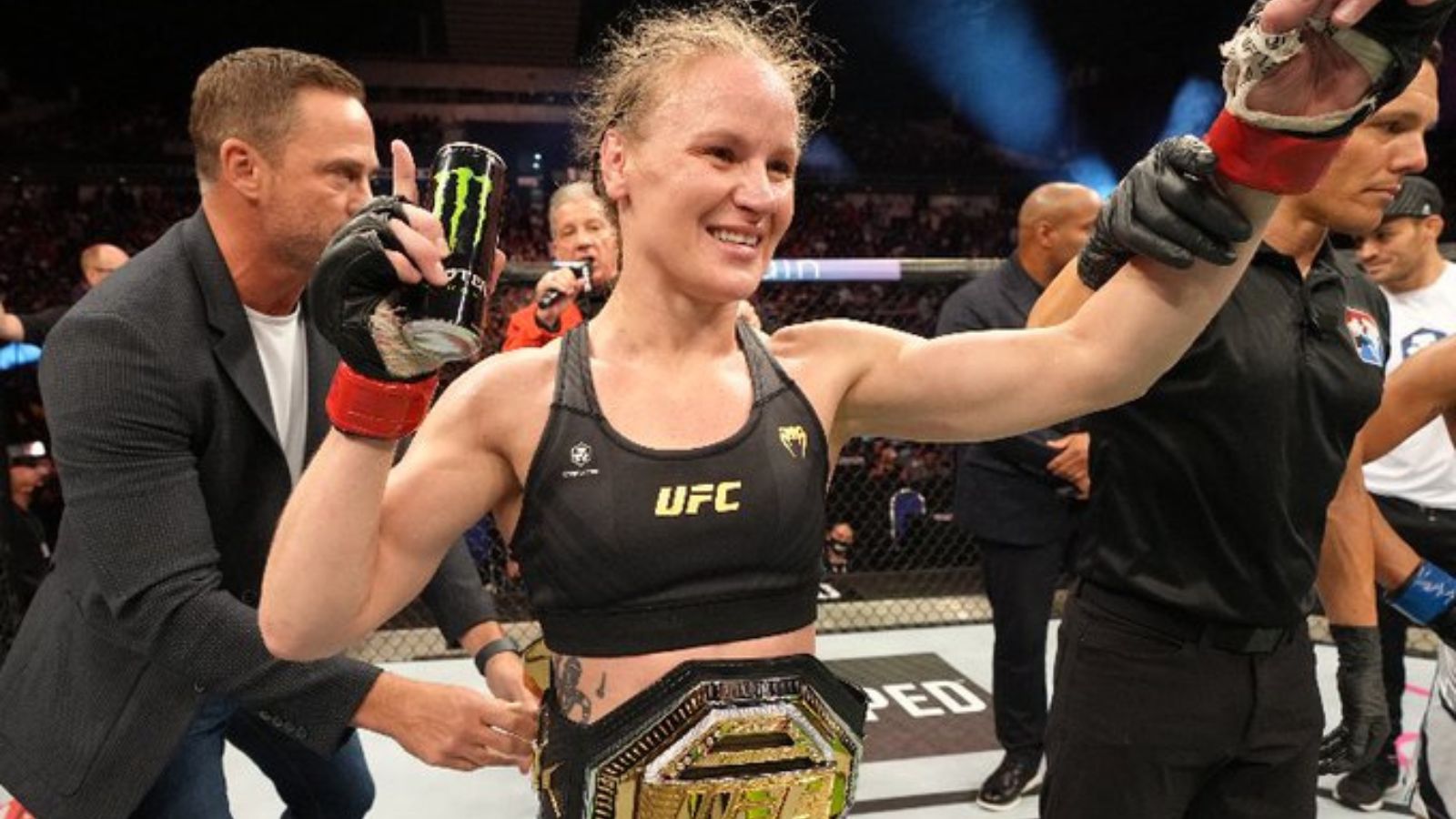 UFC flyweight champion Valentina Shevchenko lands another ruby on her belt for her seventh title defence which is quite sure to go on to become the record for the most title defences in women’s UFC history. Shevchenko faced the toughest fight of her career with the promising aspect from Brazil, Taila Santos was putting Shevchenko in trouble on various occasions in the title fight at the co-main event of UFC 275. Check for yourself in the narration below to see how close was the fight to announcing a new champion but the ongoing champ maintained her calm in the face of chaos to win in the battle of distance.

Shoulder strikes to the face by Valentina Shevchenko. Santos advances with a takedown as Shevchenko slips and gets back control. Santos nears a rear-naked choke attempt. The body triangle is there. Shevchenko is doing a good job of controlling Santos’ hand to avoid getting choked and lands some hand strikes off her back. Round ends and 10-9 for Shevchenko.

Round 2: Shevchenko attempts another spinning attack. Santos working in the clinch again. Shevchenko doing good so far in defending Santos’ takedown attempt. But Santos gets the takedown! A dominant position on the ground for Santos yet again. Toughest fight for Valentina so far in her career. Shevchenko attempts for an omoplata submission but Santos escapes it.

A little bit of war on the ground as Shevchenko is in full guard while Santos is on the top. The fight is got back to standing by the referee and while back on their feet, Shevchenko takes just a few seconds to assess a takedown in her favour as well. Strikes as usual on the ground. The round ends. Close 10-9 for Santos.

Also Read: UFC 275: When and where to watch this exciting PPV event

Round 4: Swelling on Santos’ right eye. Striking is an edge for Shevchenko. Shevchenko lands an accidental groin kick followed by some huge shots. Now the referee pauses the fight just for a while. Back to fight. Shevchenko lands again. Commentators say a huge clash of heads in round 3 led to the aforementioned eye swelling on Santos. Left kicks from Shevchenko since she can see the vision to view the attacks from that side is blurred for Santos.

Also Read: Video: Colby Covington admitting he hates all the ‘trash talk’ and won’t ever resort to such measures