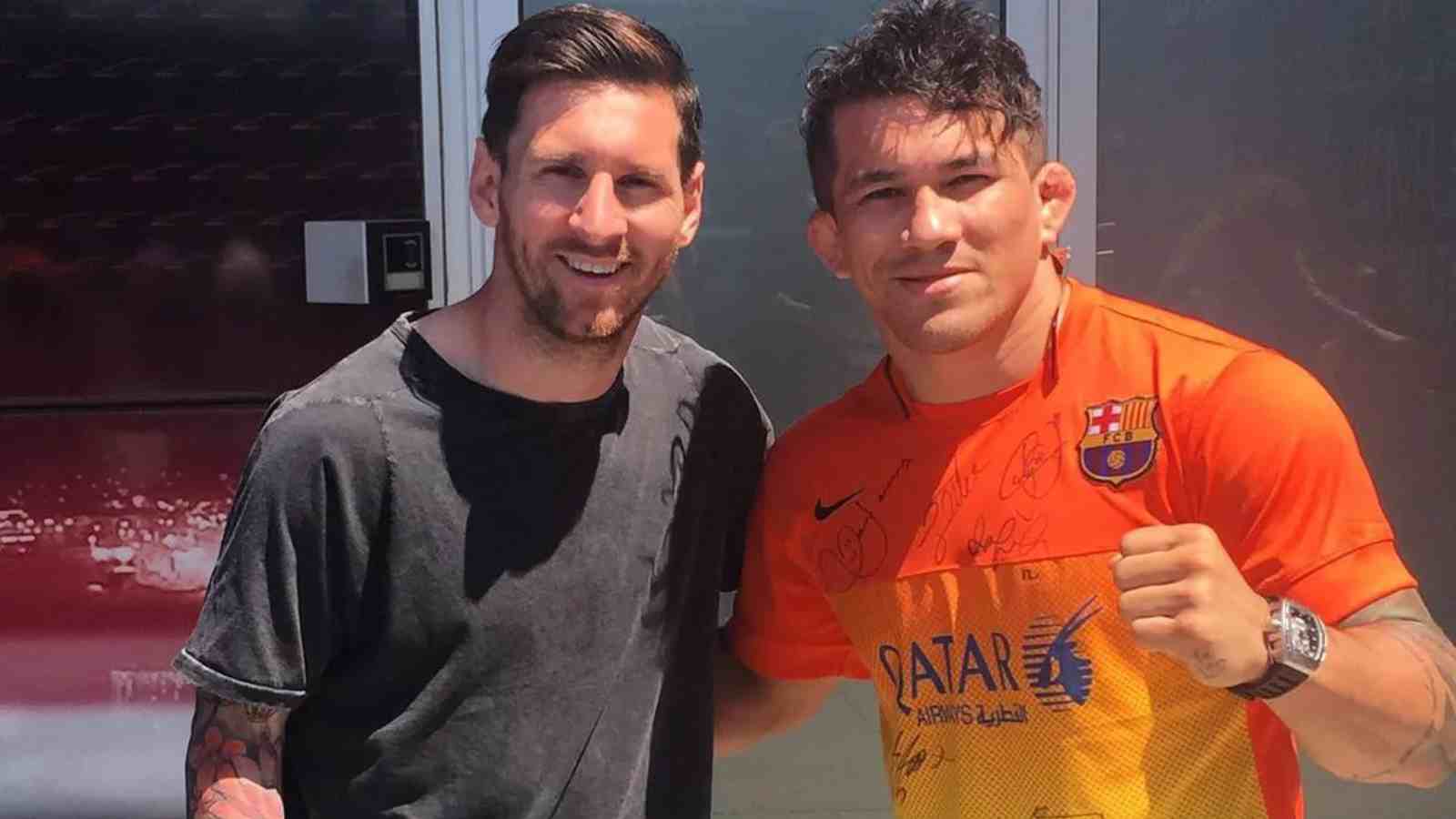 Lionel Messi is arguably the greatest player to ever grace the football/soccer pitch. Brazilian MMA fighter Ronys Torres got the chance to the Argentinian footballing icon and had a funny moment with the fighter.

Back in 2016, when Lionel Messi was still a player wearing the Blaugrana colors, he was visited by a combat sports gym, Templum BCN in Barcelona, Spain. In 2016, the FC Barcelona team was filled with superstars and had two Brazilian footballing icons playing for that team too. Former UFC fighter Ronys Torres got the chance to meet these footballing legends.

If you anything about football and its history, Argentina and Brazil are the two of the biggest rivals of all time. Despite being from Brazil, Torres couldn’t help but take his chance to click a picture with the footballing icon from the rivaling South-American country. The MMA fighter spoke to MMA Fighting and shared his amazing experience of meeting Lionel Messi at the FC Barcelona training center.

“The security guard asked me if I was a boxer because I was strong. When Messi came, another member of my gym asked Messi to pose for a face-off but he’s very shy, he didn’t want to do it,” said the Brazilian fighter taking to MMA Fighting. The fighter revealed Leo Messi was curious about his “cauliflower ears” and asked him what was the story behind it.

In the interview, Torres was jokingly asked if he would like to fight the footballing legend and he replied, “He would easily win in soccer, but he wouldn’t last a minute in a fight.” Torres also posted this amazing picture on his Instagram with a long caption praising Messi.

Read more: “Canelo will have to go through Rodrigo de Paul first”- Fans come in support of Lionel Messi after Mexican boxer threatens to attack him

Ronys Torres and his career as a professional MMA fighter

Fighting out of Rio De Janeiro, Brazil, Ronys Torres is an MMA veteran. The fighter is 36 years old and has fought all over the world. He has a professional mixed martial arts record of 40-6-0 in his career. The fighter has been a part of several promotions and has also had a short stint in the best mixed martial arts promotion in the world, Ultimate Fighting Championship.

Unfortunately, the fighter couldn’t continue his amazing run in other promotions in the UFC octagon. The fighter only fought twice and ended up facing defeats in both of them. He faced Melvin Guillard and Jacob Volkmann in the year 2010 and lost the fight via decision.

He has also fought for Bellator MMA and PFL in his career. His last professional fight was in the year 2019. Torres got to meet the footballing legend, Lionel Messi during his training for a fight at AFL 9. Safe to say his time in Barcelona was worth it!

Also read: “Ramming my fingers up his homophobic a**” – When Conor McGregor wildly justified grabbing Khabib Nurmagomedov’s shorts during fight