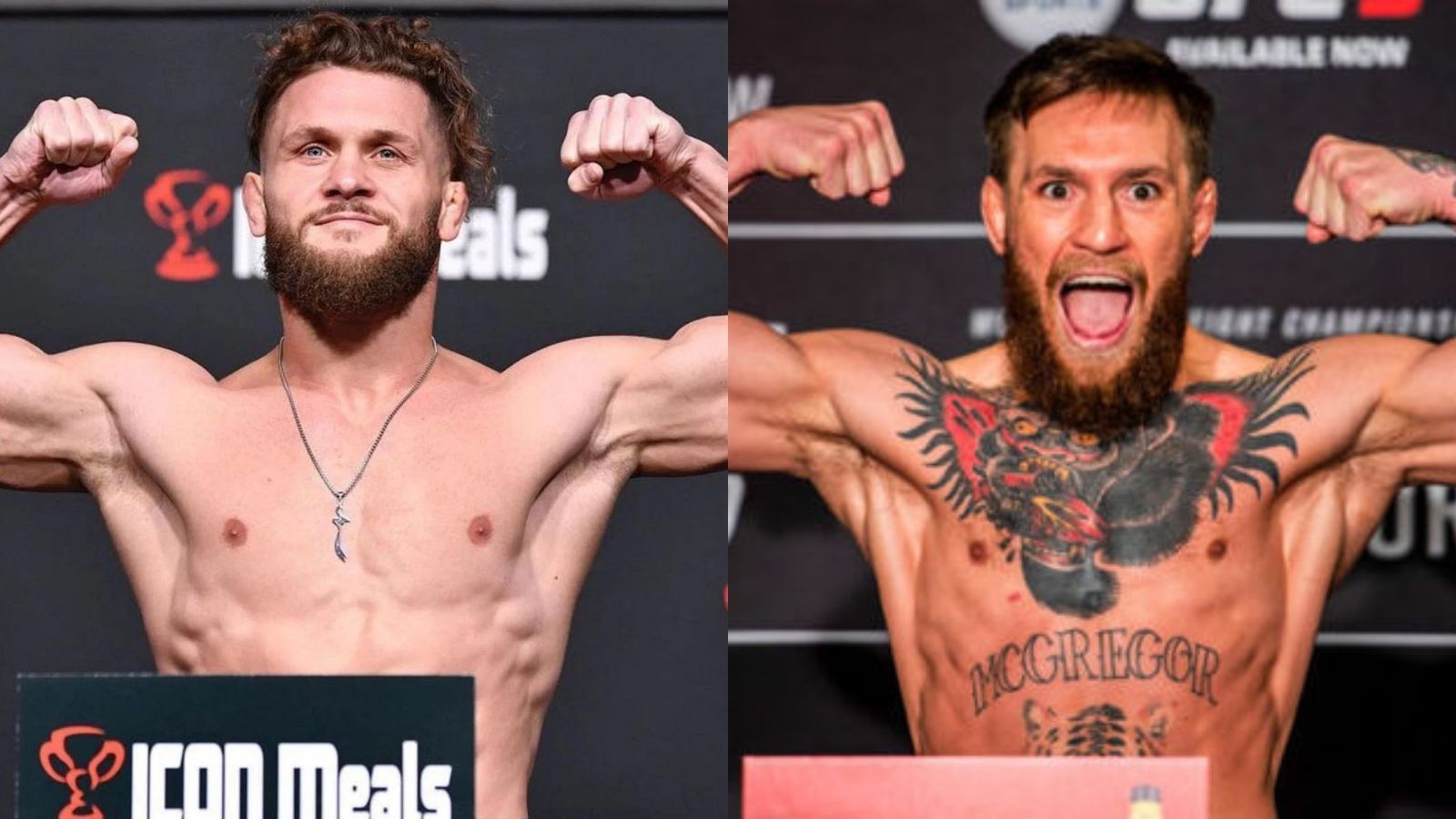 Conor McGregor has a long history of Twitter feuds. And current UFC lightweight Rafael Fiziev had the misfortune of being one such person. Conor had criticized the lean-back maneuver Fiziev uses to evade high kicks. Fans have often compared this move by Fiziev to Neo’s from the Matric movies.

This difference of opinion eventually boiled over as Fiziev offered to show Conor McGregor that he was living in a “fantasy world.” Things then began to spiral into pettiness from Conor’s side as he sent out a tweet in which he compared himself to golf legend, Tiger Woods.

Conor wrote, “No bother pal, sound. Think of me as tiger woods with a 12 iron and your nose as the golf ball. And think of me sprinting for it with a running switch kick and f**k your little bend back. You little bend back nobody bitch. Oh you bend over, wow, that’s awesome. Congrats pal haha.”

Conor McGregor has certainly earned his moniker of “The Notorious” as these kinds of beef have a tendency to go overboard. Movie stars, professional wrestlers, and UFC fighters, no one has been spared from the Notorious’ wrath when he is in a talking mood. However, comparing himself to Tiger Woods is one of the heavier-handed analogs that Conor has used.

Related: “I respect Conor but-” Rafael Fiziev reacts to Conor McGregor’s disrespectful tweet after inviting him for training

The feud between the two UFC stars Conor McGregor and Rafael Fiziev was just a disagreement at first. Conor, retweeted a video of Fiziev’s evasive maneuver, saying that an axe kick would make his defense crumble. To this Fiziev responded by asking Conor to train with him at Tiger Muay Thai so he could “stop living in a fantasy world.”

Conor’s initial response was tame as he said he meant no disrespect. McGregor shared an anecdote in his Tweet. He said that he had faced this defensive habit earlier and that changing his high kick to an axe kick had brought him great success in the past. Conor even wished Fiziev luck in his upcoming fight.

No disrespect meant either, training together will be beneficial for both of us. Trust me it will be much better camp than you had in Dubai before.

However, things began to devolve when Fiziev said “No disrespect meant either, training together will be beneficial for both of us. Trust me it will be much better camp than you had in Dubai before.” This tweet seemed to set off Conor who then sent the extremely hostile Tweet in which he compared himself to golf legend Tiger Woods.

Also Read: “Now they all are feminists” – Paulo Costa amusingly vents his frustrations with the Brazilian football team on Twitter