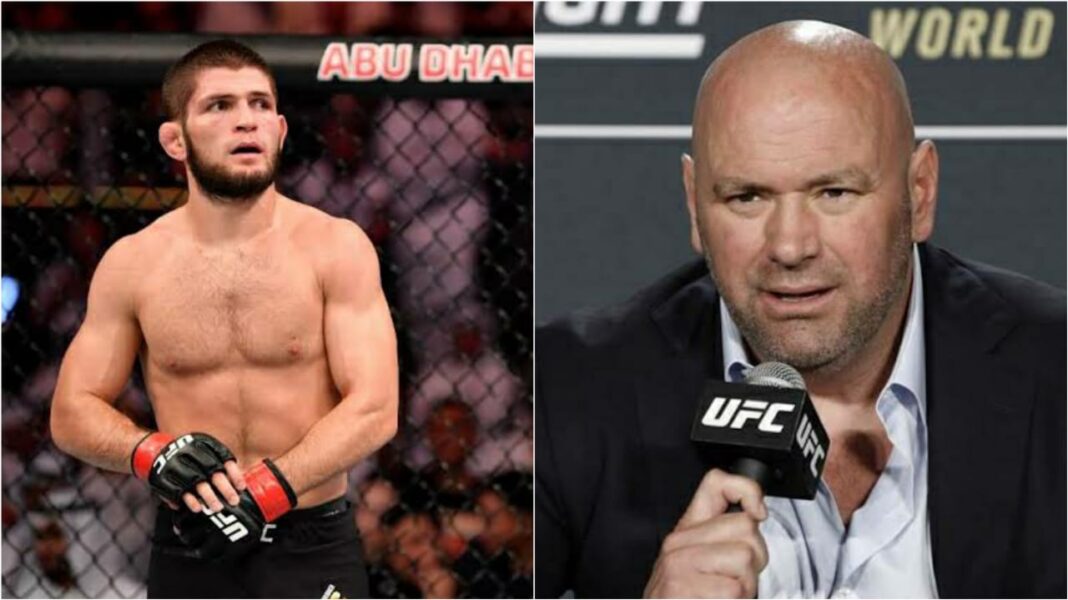 Last week, Khabib Nurmagomedov’s father Abdulmanap has breathed his last. It had become jeopardy whether Khabib will fight at UFC 253 on September 19 or not. However, Dana White has said that there is still possibility that Khabib will fight with Justin Gaethje.

UFC President Dana White was speaking on Khabib’s situation. Khabib who is the current lightweight champion was supposed to defend his title against Justin Gaethje in a title unification bout in September this year. As we know, the sudden death of his father had put this fight hanging in air and was being said that the fight has been postponed.

The president was speaking on the same matter and said that nothing can be confirmed yet. He didn’t assign any date to the fight yet but he is almost confident that fight will take place. He further added that Khabib could be back in September hopefully.

Dana White was speaking with the media at Fight Island, and said that he won’t contact Khabib yet and will let him do as he wishes. He said that he needs time to recover from the grief of his father’s demise. White added that he will give as much time as Khabib needs and will be waiting for his call.

“I don’t think it’s off the table, I’m just waiting to hear from him. No, I’m not messing with Khabib. I’m leaving him alone until he’s ready to talk and I’m letting him mourn and do what he has to do. I reached out to him the day of and I haven’t heard back from him since.”, White added.

Khabib Nurmagomedov has a record of 12-0 inside the octagon and another spectacular record of 28-0 in the MMA.