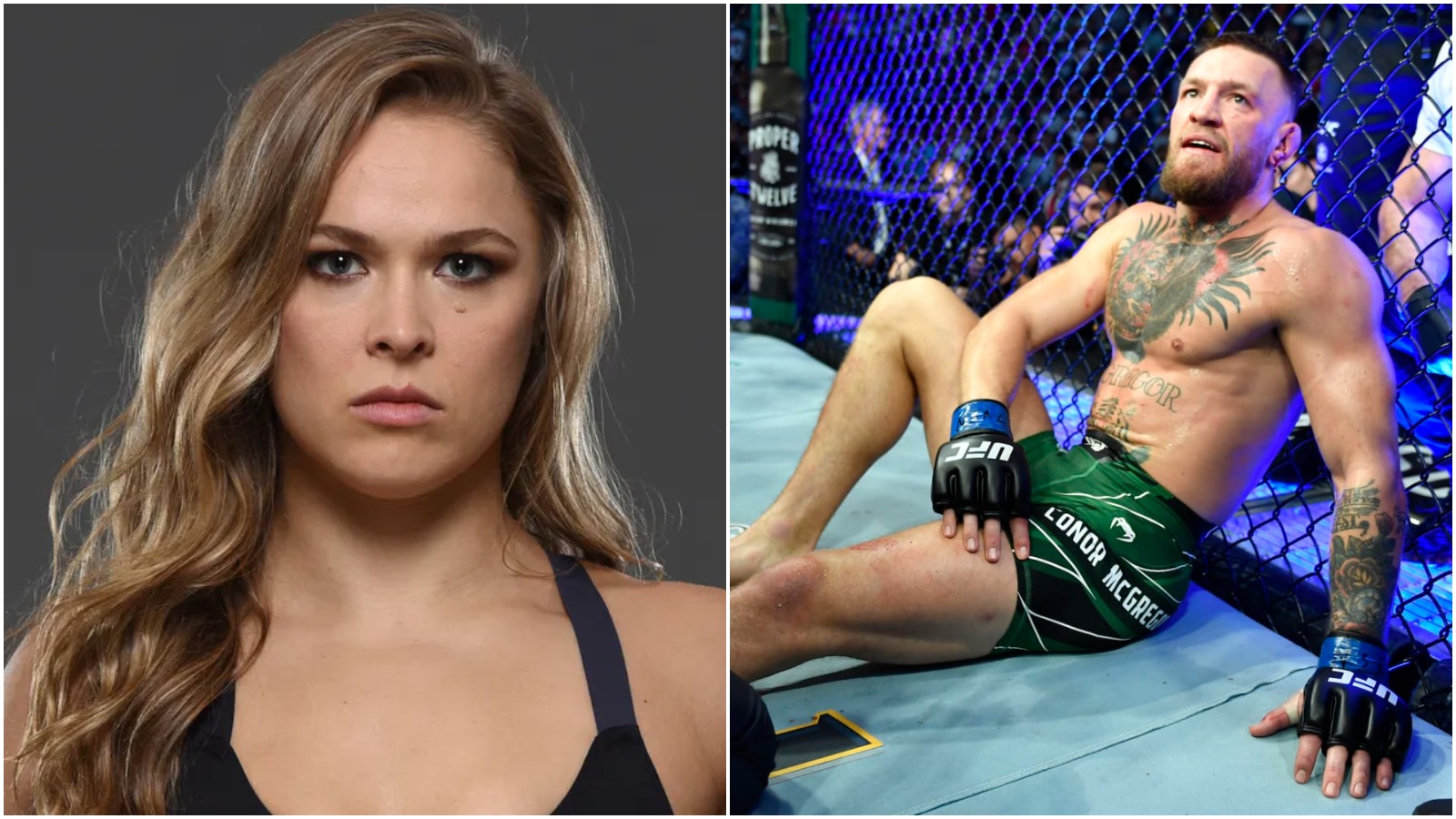 Conor McGregor was defeated by Dustin Poirier at UFC 264 in the most unexpected of ways. After starting the fight as the aggressor, McGregor lost steam in the second half of the first round, when the fight was taken to the ground. He was battered by a superfluity of ground strikes and elbows from the ‘Diamond’.

Right at the end of the first round (with just 10 seconds on the clock), McGregor broke his ankle. After being checked by the officials, the fight was awarded to Poirier – a TKO victory due to a doctor stoppage. Poirier gained the upper hand in the rivalry (going 2-1 up), and also earned a lightweight title shot against Charles Oliveira.

After the fight ended, a fuming Conor McGregor spoke about fighting Poirier once he recovers from the injury. He was already laying a plaform for his quadrilogy fight. Former ‘Face of Women’s UFC’, Ronda Rousey took to Twitter to appreciate McGregor’s mental toughness despite losing the fight.

‘I appreciate it greatly’ – Conor McGregor to Ronda Rousey

Rousey tweeted, “I’m amazed that as soon as you hit the ground you were already promoting the next fight @TheNotoriousMMA – I def wouldn’t have had the mind to do that. The other fighters, @ufc and media are lucky to have you.“

McGregor replied thanking Rousey, “Thank you for the message Ronda! I appreciate it greatly.”

McGregor was then stretchered off and taken to a hospital. He was operated the next day (today), and has provided an update that he would recover in 6 weeks time. However, a quadrilogy fight against Poirier wouldn’t happen for now as Poirier is on his quest to becoming the lightweight champion.

In case ‘The Diamond’ obliges after his fight against Oliveira, a quadrilogy might be on the cards.