A very decisive matchup in the middleweight division is set to go down at the beginning of 2022. Top middleweight contenders Sean Strickland and Jack Hermansson are set to clash.

UFc’s #7 and #6 middleweight contenders Sean Strickland and Jack Hermansson are ready to take on each other in the main event fight at UFC Fight Night on February 5. This news was first reported by ESPN, who is the UFC broadcast partner.

Sean and Jack are most likely to be fighting at the UFC Apex in Las Vegas while the fight will be streamed on ESPN and ESPN+. Both the fighters are looking to seep into the top 5 of the 185 pounds division and this might be very decisive in them doing so. Strickland has been one of the best fighters in the UFC roster since his move from the welterweight division.

Who will climb up the rankings? Sean Strickland or Jack Hermansson?

Strickland was also scheduled to fight the former champion, Luke Rockhold, at UFC 268 at the Madison Square Garden, but the fight was unfortunately canceled due to a setback in Rockhold’s camp. Strickland will now look forward to beating Hermansson and getting closer to the title shot.

Meanwhile, Jack is coming off a win against Edmen Shahbazyan in May 2021 where he defeated his opponent via unanimous decision. Hermansson was nearly two fights away from a title shot but his loss against Marvin Vettori in 2020 stopped the run. Jack is also coming off a freestyle wrestling match against superstar Khamzat Chimaev, where he lost. 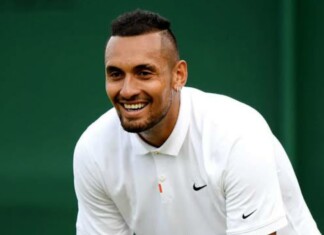