“If he wants to test his chin, I’m here,” Thiago Santos calls out Jiri Prochazka for his next fight 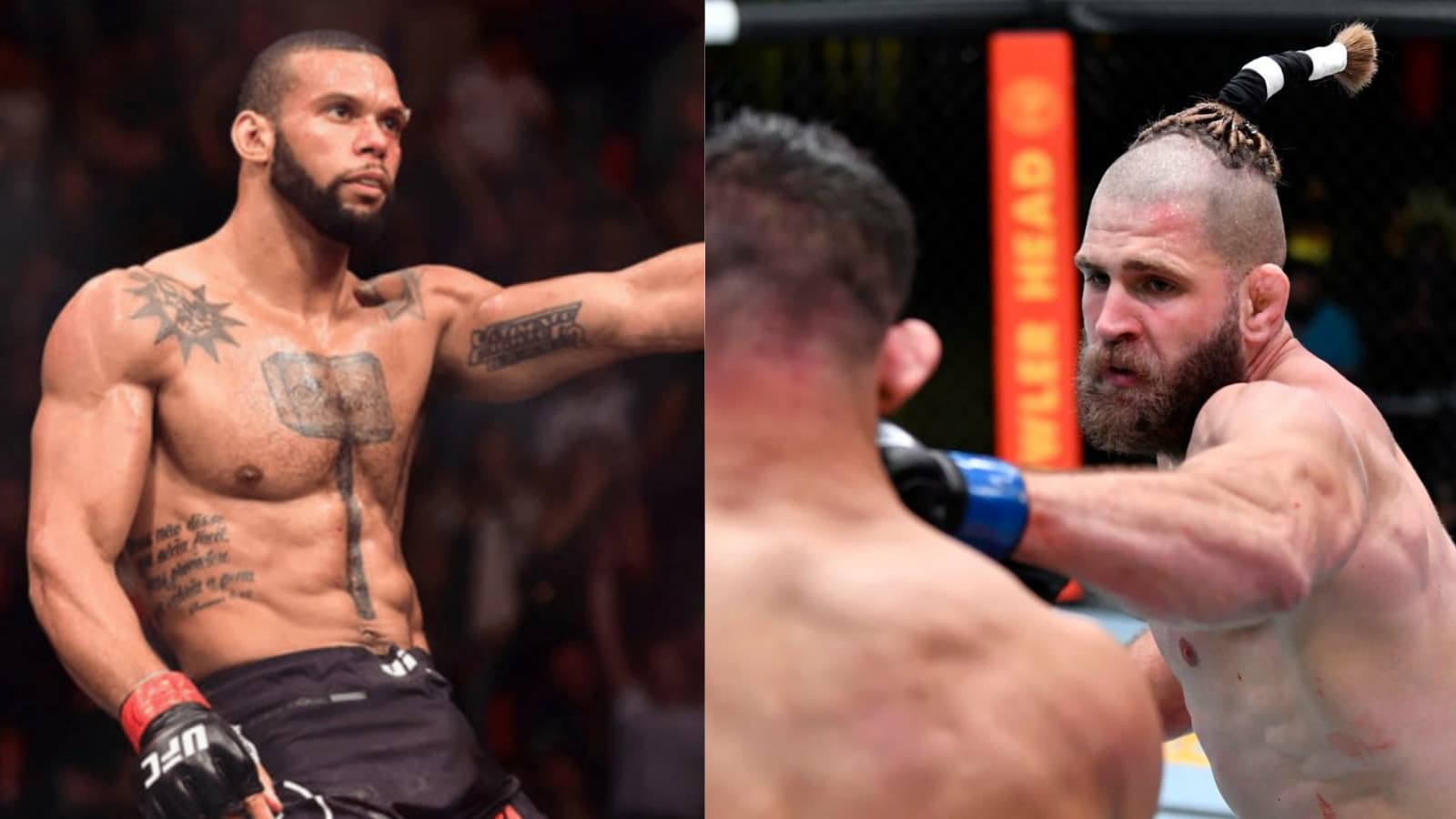 Thiago Santos is already eyeing his next fight after his win against Johnny Walker at UFC Vegas 38. The Brazilian wants a fight against Jiri Prochazka.

Thiago Santos defeated Johnny Walker in a five-round main event fight at UFC Vegas 38 via decision. The Brazilian is looking for a rising opponent and has called out Jiri Prochazka. Thiago thinks Prochazka is an exciting fighter but he does not buy into the hype of Jiri having an amazing chin. The Brazilian says everyone has a good chin until they meet “Maretta”.

Santos was on a three-fight skid but has finally bounced back with a win today. Meanwhile, Prochazka is a rising light heavyweight who is very close to a title shot. Prochazka has a record of 28-3-1 in his career. If the title fight does not happen for Prochazka, Santos throws himself as an option. “I can fight against him, he is a good fighter. He thinks his chin is strong but it’s because he didn’t fight against ‘The Hammer’,” said Santos in the post-fight press conference.

“If he wants to test his chin, I’m here,” says Santos to Prochazka. Apart from that fight, Santos, the former title contender, wants another shot at the title. The fighter believes he deserves a candidate from the top 5 or even the champion next. But the Brazilian has no problem settling for any top 5 contenders for his next fight.

Also read: “That’s my fault,” Kevin Holland reacts to the ‘No Contest’ at UFC Vegas 38 after Kyle Daukaus headbutt