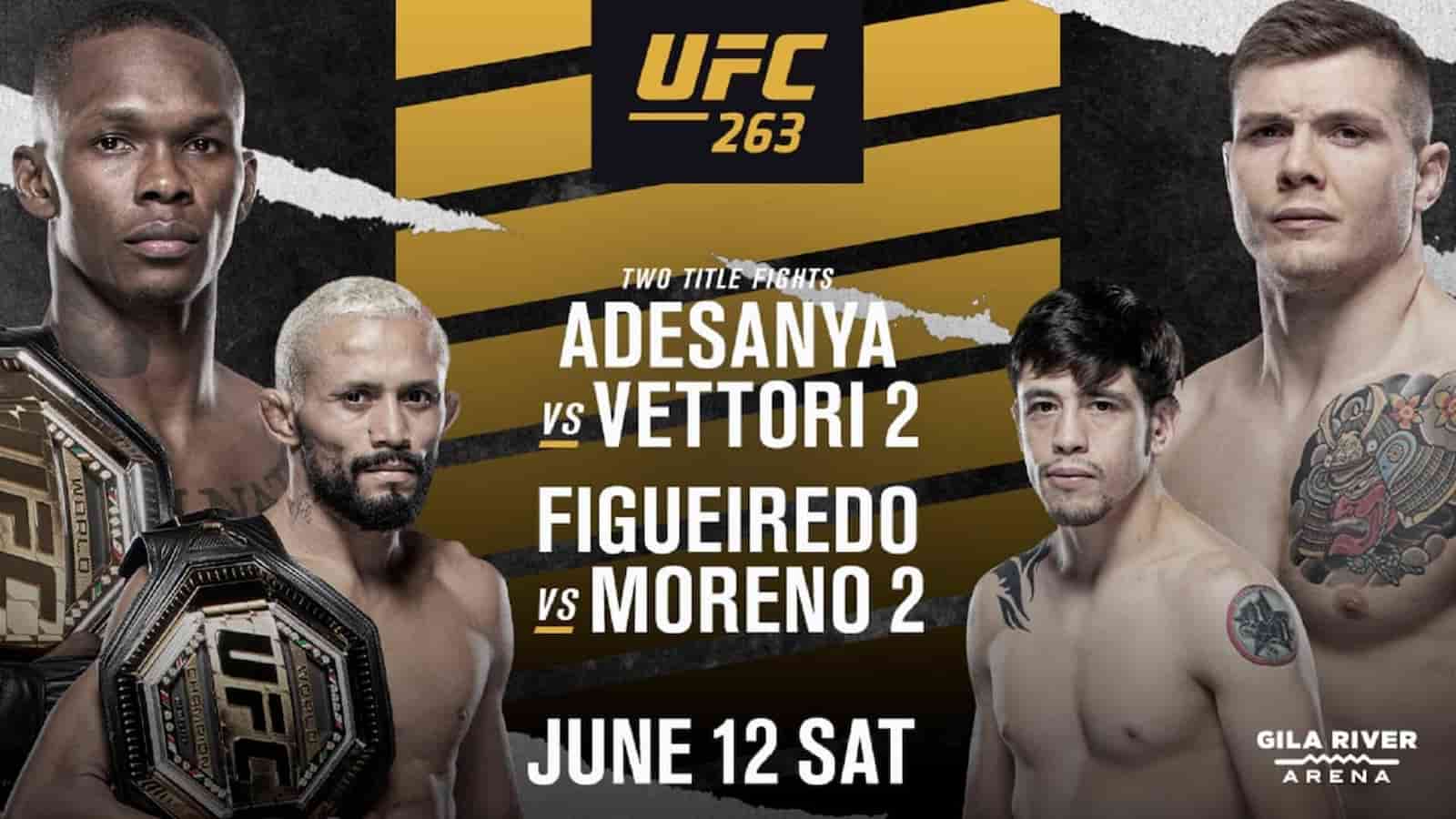 UFC 263 is just a few hours away. The event features a stacked main card with some of the biggest names in the promotion. It is headlined by a middleweight title fight between Israel Adesanya and Marvin Vettori, a rematch 3 years in the making.

The co-main event features flyweight champion Deiveson Figueiredo defending his flyweight belt for the third time, against Brandon Moreno, the Mexican. The pair previously met at UFC 256, a bloodbath, which ended in a majority draw.

The event also features the return of ‘The Stockton Slugger’ Nate Diaz, after almost 2 years of inactivity. He will be taking on Leon Edwards in the first-ever 5-round non-title fight in UFC history. Other fights in the main card will be Demian Maia vs Belal Muhammad (Welterweight) and Paul Craig vs Jamahal Hill (light-heavyweight).

Millions worldwide would be tuning in to watch UFC 263. Fight fans in the USA can catch the action live on ESPN+ and UFC Fight Pass. However, UFC Fight Pass will only be broadcasting the prelims. The main card will exclusively be streamed live only on ESPN+.

UK Fight Fans will have to catch the action live on BT Sport 1. Live-action is also provided by the BT Sport App, with the subscription costing 15 Euros per month.

In India, there is no need for a subscription as long as channels Sony Ten 2 and Sony Ten 3 are available. Fans can also view the fights live on the Sony LIV App.

With all said and done, one can expect a cracker of a UFC event, as some of the greatest entertainers in the history of the sport are set to grace the Octagon.